make the world go round, or so they say.

Do we need to start another war to stimulate the economy?
No. We can do the same without the war machine, and I will prove it too. Imagine the banks offered Government-issued Infrastructure Bonds, much like the regular Government bonds or the promised Green Bonds from elections past. It is much like the crowdsourcing approach, except the potential investor would double their investment. 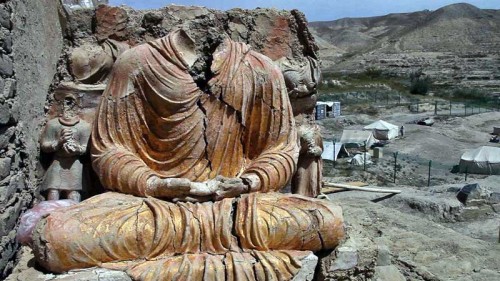 How?
I will give everyone an example. Next year MCC, a Chinese state-owned mining giant, received a US$ 3 billion deal to mine and process copper south of Kabul. Yes, there is opposition to this project because everyone fears Mes Aynak; an ancient Buddhist city will be destroyed.

It is said that this copper mine once in operation will produce 40 billion per year, more than the war effort and illegal poppy trade combined. Thus, Afghanistan is reputed to be a coming mining capital. Once again, imagine the banks sold government issued Infrastructure Bonds. When the money is raised, the capital will be used to build a railroad in Afghanistan, connecting the Copper Mine to transit hubs.

Yes, the average Afghan has known nothing but war. So build the railroad and ISIS can be defeated without the firing of a shot. Once this railroad is built, it is worth four times its value, allowing the investors to double their money. The bank will get a cut, and so will the government.

Afghanistan will then become a mining capital, and ISIS will be defeated without violence. Moreover, this railroad can be used to transport and save any holy relics from destruction.

What about the environment

?
An Infrastructure Bond Program can be achieved anywhere. For example, the Canadian government is using public money for transit expansion (I proposed an alternative here).

Stations and update the electrical grid to handle such a demand, creating a supply and demand Infrastructure program.  Any businessperson would understand this opinion. Also in this scenario, the investors would double their money, including the government or banks. Such an initiative would rebuild the manufacturing base, which was decimated in the 2008 meltdown.

Such an approach would create long-term, high-paying green jobs. In addition, there can be peace. Still, we don’t live in an ideal world.

The Art Of Grieving

Jon Stewart Takes on Everyone