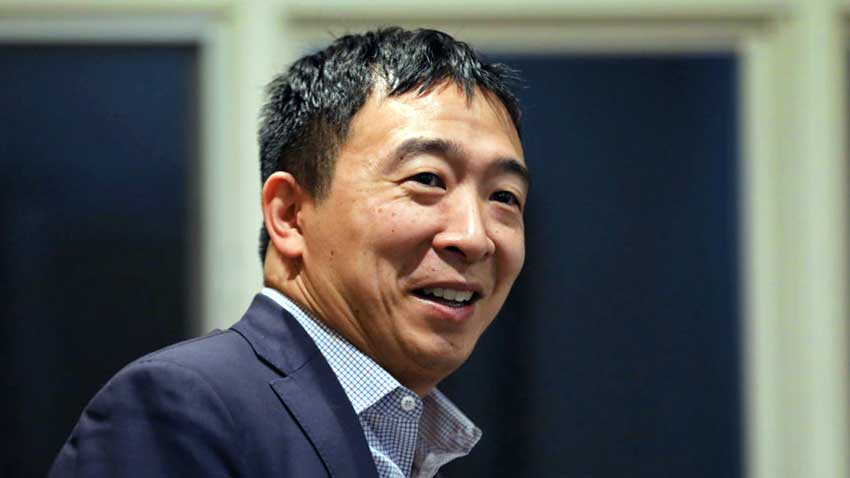 IRS Number to Get Paid for Book Sales

“Immigration is not the problem, its automation,” Congressman Andrew Yang at CNN’s Chris Cuomo, in 2019.

As a matter of fact, in 2007 I published my book Mystery of Everyman’s Way at E Treasures Publishing, and I scored lots of good reviews, it sells all over the internet, and I’ve not yet received a penny for it. In 2011, I self-published my book Mack Dunstan’s Inferno through iUniverse, and after six years of blogging, I was told to get an IRS number for it. Why? iUniverse has a revenue-sharing agreement (RSA) with Chapters Indigo and Barnes and Noble in the United States, giving us scribes a chance at earning a living from writing books.

Imagine there was a law in place suggesting that a book can’t be published, bought, or sold online without a Living Author receiving a revenue-sharing agreement (RSA) in play. (Yep, I said living author, not a dead one.) That alone would save the retail industry from collapse.

Next, at Toronto Central Library, there’s a book printing/publishing service available where if one wished to self-publish a book, an aspiring scribe would simply walk into Toronto Central Library, ask the librarian to publish their manuscript, get an ISBN for it. But if the book had an RSA in place, that would be a living wage in the arts, and money would be pumped into the library. Remember, some schools also have the same service—add film/tv, the music business, and YouTube to the equation, and we have the Deal of all Deals.

How? Back in 2015, I was lucky to interview Canadian filmmaker Frank Caruso, and he explained to me after he got his funding, he produced his film, and then proceeded to open up a Netflix account, much like how a Facebook account is opened, including a password. He uploaded his film, scored 50,000 views, but his passion also appeared on one hundred other websites, of course, attracting a big-time wattage of views—he gets paid for Netflix, but he receives no royalties from the illegal downloads.

All we have to do is give Ontario’s Ministry of Labor more power, forcing these rogue operators to pay up—it’s a digital workplace, digital taxation for our governments locally, or worldwide. The same can apply to the music business and platforms like YouTube—this one we can call that deal of all Deals thingamajig…

As I wrote about in Angie’s Diary, the founding publisher of eTreasures Publishing was forced out of the publishing game around 2011, because she went blind. She turned over ownership of eTreasures to a private consortium in Florida. Unfortunately, after communicating with this firm, I got the impression that this new caretaker owner is not familiar with how to retrieve the book sales from online booksellers.

On a hunch, I brought my situation to the concern of Chapters Indigo, and this was their response on June 8, 2020:

Hi Paul,
Thanks for writing, I’m sorry you are having trouble here. Your publisher is responsible for tracking sales and paying royalties. Any books we sell would correspond with purchase orders Indigo sends to the publisher. With regards to eBooks, we do not sell these ourselves, we share book listings from our content partners at Kobo, and all sales are processed by them.
Regards,
Matthew Price | Customer Relations
Indigo
468 King Street W. Toronto, ON M5V 1L8

FYI, –this is tantamount to tax evasion because iUniverse, of course, forced me to get an IRS number in hopes for me to get paid for book sales. I have a very simple idea to eradicate this problem. If any authors, or creators, have a dispute with online booksellers, or publishers, I want a provision in our laws that gives Ontario’s Ministry of Labor the power to respond to such a complaint, enforcing the rule of law. Search engines would also be held responsible for such blatant corruption. Ontario’s Ministry of Labor would recover the money owed, fine the booksellers, punish search engines, and those who don’t comply would be banned from selling books online for life.

If an online book publication is going through a revolution, our governments and their partner agencies should adapt to the changing market. It’s a living wage in the arts, creating tax money for our governments, and the arts dollar that is made here will make our economy stronger–supply and demand is the end game, and it won’t cost the government a penny either.
I also brought my situation to the concern of Barnes & Noble’s Small Press Department, and I am thankful for their response:

Hello Mr. Collins,
It looks like we don’t have any record of sales for Mystery of Everyman’s Way, ISBN 9781605301181, nor do we have a purchasing relationship with eTreasures Publishing. Below is the link to Nook Press (which is B&N’s self-publishing platform) should you want to publish your title and make it available to B&N customers. Feel free to call or write at any time if you need more information. I hope this helps.
https://www.nookpress.com/

All one has to do is google it, and one will find stories in the media that suggested Barnes & Noble Inc. was having financial problems. It is a common thing for small presses to get lost in the shuffle and this is the very reason I want Ontario’s Ministry of Labor to have more power to force online booksellers to guide indie book publishers like eTreasures Publishing through the retrieval of book sales data–big business must pay up, or at least have a middle ground for a royalty dispute.

Anyhoo, going onwards somewhere in the online media, I found information about Congressman Ro Khanna, who was said to be the go-to-man for Silicon Valley. I then emailed him my ‘How to Pump Money into Libraries’ article, and I am thankful that his office emailed me back with this message:

Dear Mr. Collins:
Thank you for writing to me about funding for museums and libraries. I appreciate you taking the time to share your views.
Libraries and museums are integral parts of our local communities and serve as important pillars of education and enrichment for people of all ages, races, and socioeconomic backgrounds. These institutions provide valuable educational resources and programming as well as computer and internet access to those who might not have it at home.

The numbers are clear: millions of Americans would be hurt by cuts to these vital educational and community resources. I fully support the continued funding of library and museum programs, and I will strongly oppose any congressional actions seeking to cut them.

Thank you again for sharing your opinion with me.

So there are reform-minded individuals in government, and they need our insight and encouragement. Looking at the bigger picture, if one thinks I can talk the ears off of a rabbit…

Vouchers for Serialization–Author grants at Canada Council for the Arts and Toronto Arts Council should be changed to vouchers for serialization (VFS), and this would promote Canadian eBooks in the mainstream news and stop the layoffs in the newsroom. Those who are slow have to reread the previous sentence.

Maverick Vouchers for Serialization–Let’s say, in some cases, there is too much competition for such a VFS. Ok, well, if book sales reach 10,000, or more when the author gets paid, he/she receives a twelve-digit number and a pin number where they then can go to any major newspaper’s website and use the serial number to apply VIA online to have one’s book serialized in the mainstream news. This method would promote a popular book, attracting new readers to the publication–advertisers would like this!

If an author, however, has a reputation for no sales through this process, then a more deserving author should be given the opportunity. More importantly, the themes of the news change with the books that are being promoted, and a VFS program shouldn’t cost the government a penny—corporate sponsorship, or philanthropy, would make it possible.

This would pump money into libraries, schools, and save the retail industry without a penny of government money—add movies/ tv, the music business, and YouTube to the equations—the Deal of all Deals. Remember, there is no lawyer, no contract, no lit agent, and there is a click-down user-friendly menu where there is hopefully a revenue-sharing agreement (RSA). Still, with automation in retail — everyone’s being cut out of the deal.

All we have to do is give Ontario’s Ministry of Labor more power to recover the money owed, fine the booksellers, punish search engines, and those who don’t cooperate would be banned from selling books online for life. Well, I hope I didn’t bore the reading audience because, as promised, I did try to expand on my original posting, an update to the politicians, or members of the media who I passed it onto along the way.

Oh, BTW, the next time members of the corporate media go to that Scotiabank Giller Prize Gala in sunny Toronto, I want those ink slingers to ask the maître d’, wait staff, cooks, the chef, busboy, dishwashers, and, oh, um, the authors the same query: “Did you have to get an IRS number to get paid for book sales?”