Over the last several months the world has experienced the second phase of total financial collapse and massive unemployment. The Arab Spring started when the ordinary men and women in Egypt cried enough and now it spreads across the whole Muslim world. 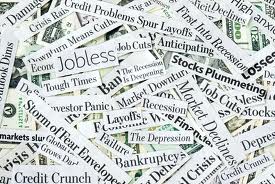 , is clearly not working for anyone, with the exception of the super-rich. Here in the United Kingdom the head of the Bank of England, Mervyn King, made available more money than the UK’s national debt to prop up our trading bank system, while we, real people, are asked by our government to tighten our belts, paying higher prices for everything including food, fuel, clothing, gas, and electricity.

It begs the simple question – if the Bank of England can prop up the share market, why not wipe the paper national debt?

Hitler’s dream of a united Europe, when the European Community was formed, looked like it might just work at least for a while. But its dependence on a single currency, the Euro, and trading in shares and commodities, has become its downfall.

What part of the global economic collapse created by total madness on the trading floors across the world of banking, don’t our politicians seem to be able to grasp?

Here in the UK we now have the dubious distinction of having one million under twenty-year-olds unemployed, alongside the nearly two million considerably older with no hope of employment.

Each night on the news the financial plight of the so-called middle classes having to do away with their au-pairs, and tax credits, second homes, child allowance, second cars, and numerous holiday breaks are endlessly broadcast. But what about the rest of the population, the real people who the rich depend on to do all the work  – the office workers, laborers, cleaners, to name but a few? Seldom does their financial plight fill a news item? Plus, what about those of us over sixty who are conveniently forgotten about?

Now as if things weren’t bad enough for the average resident here in the UK, the energy suppliers are putting up their prices, increasing their per head profit from £15 back in June of this year to a massive £125; to gauge how much totally obscene profit they are making merely multiply 125 x sixty million (the current population of the UK).

For those of you not living here, the energy bills sent to us every quarter are based on the previous usage, not by actual meter readings! Since the whole energy system was privatised, the humble meter reader became a distant memory, joining the growing ranks of the unemployed. What has resulted is a license to print money based on sheer guesswork on the part of the energy providers.

In the US ordinary folk are crying enough on Wall Street. How much longer will the rich get away with blue murder before the rest of the world’s population finally cry enough I wonder?

Wars have started over far less in the past. Don’t believe me? Just read the history of the western world.