Introduction
Corporate finance assumes contingencies. Why? Finance estimates values to mirror the uncertainty of events, and thus, “involves assumptions,” about future risks because past events may not representatively reflect future events. [i]

To infer the past representatively reflects future events neglects, as an unwarranted assumption, possible change evinced throughout history. In reality, future values regularly fail to comport with initial projections. Hence, finance estimates on the assumption of uncertain valuation manifested in future events because conditions—and by extension future values—tend to change. Therefore, corporate finance assumes contingencies to consider the probative event of plausible change. 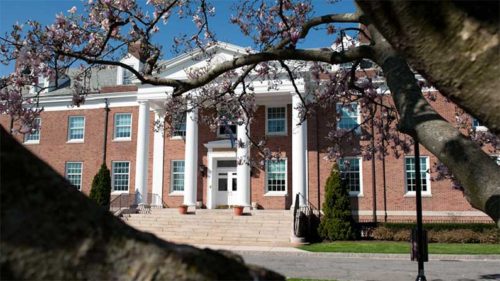 Why? If costs exceed rewards, the cost-benefit analysis most strongly supports disposing a project due to its unprofitability, specifically, insufficient return on investment.  For example, weighted average cost of capital (WACC) assumes a cost-benefit analysis, guiding firms when (or when not) to invest in risky projects.  WACC may dissuade firms and/or investors from imprudent risks if discounted projections imply a project incurs countervailing costs. Alternatively, WACC may reveal how sometimes, initial investment, up-front costs, may economize budgeting in the long-run.

On Saturday, July 30, 2016, Iona College featured its Hagan-CIBER Summer Symposium: Global Economy and Politics of Energy. The symposium showcased scholars, several of whom incorporated a cost-benefit financial analysis to substantiate its significance for firms in achieving economic viability from long-term investment. This essay, in pertinent part, shall highlight some of the relevant Corporate Finance cost-benefit analysis themes presented, beginning sequentially with Dr. Rowland.

Assuming the accuracy of these values, passive house design distils cost reductions—respectively $17, single family, and $7, multi-story—from standard models in each category. If accurate, the passive houses for both categories respectively reference an approximately 11.6%, single family, and nearly 4.4% cost reductions compared to standard models. Again, assuming arguendo no mathematical mistakes (excluding rounding errors), the arithmetic average equates to almost 8% or roughly 7.9% for a geometric average. Yet, Gologic.com estimates the cost-reduction differential at presumably 7%. [iii]  If true, these analyses show an approximate 1% differential. Though arguably a statistically insignificant differential, the evidence elicits questions as to whether differences reasonably stem from different cost-benefit financial analysis applications.

Therefore, the cost-benefit analysis affirmed benefits surpassing costs for R&D because diminished long-run costs associated with it tends to appreciate return on investment.

This issue proves pertinent in Corporate Finance which emphasizes the significance of sensitivity/scenario analysis methods—considering pessimistic and realistic situations to avert overly optimistic predictions. [x]  Best-case scenarios neglect plausible outcomes. Why? The best case scenario assigns undue weight to favorable circumstances unmitigated by realistic and/or pessimistic considerations. The failure to conservatively consider plausible outcomes in calculations creates an almost surefire recipe for disaster because it assumes fantastic forecasts inconsistent with reality.  The Brazil example suggests a best-case scenario. Brazil presumably believed they possessed adequate resources for a new facility, neglecting the cultural implications of outsider expectations in their projections. They appropriated just enough funding for the project within their limited budgeting capacity, neglecting the realistic impact of insufficient funds to accommodate requisite toilet facilities. By usable toilets as an initial investment, and by greater extension, overlooking budget constraints for these requisite facilities, Brazil remained unable to sell any tickets. However, the new government remediates some of these issues with project financing—hiring private companies under contract to subsidize buildings. [xi]

Everything Happens for the Best?

Gerry Huntman Jan 20, 2014 0
An absolute statement? No, not quite, but I think it might hold. Over the past week or so I have focused rather…
Writing