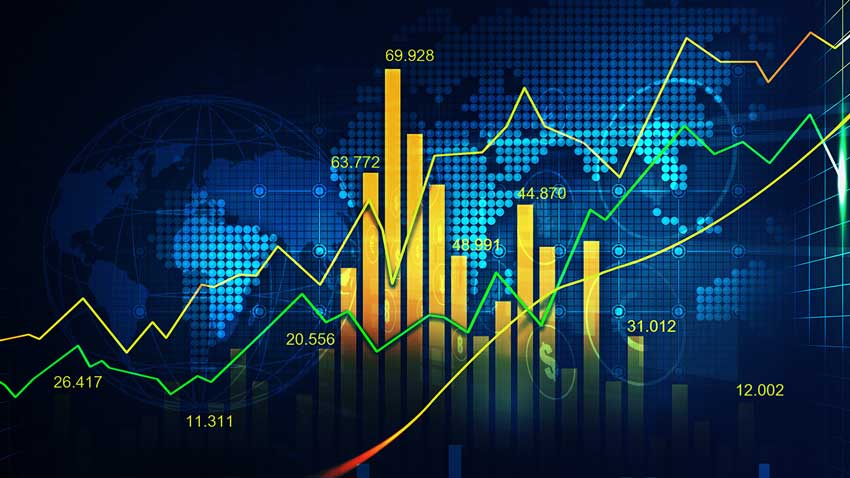 Finances have been a focal point of human history. Everything–and I mean everything–is done to, in some way, increase profits or decrease the time and work needed to earn said profits. Of course, with all those profits, you need somewhere to store it–a safe place where you can trust that your money will not fall into anyone else’s hands.

Banks have existed since the early days of human history, though maybe not in the same form they do now. As time has gone on, banks have evolved into the mega-institutions we know them as today. However, the foundation banks rest upon is under fire due to the growing fintech industry.

Adapting to the Times

While banks are still relevant, the fintech (financial-tech) industry is shaking things up, as evolution in certain technologies has allowed online banking and financial apps (PayPal, Venmo) to take priority over the traditional brick-and-mortar bank.

Don’t take it from me though; take it from popular advisory firm Gartner, the firm claiming 80% of traditional banks will become irrelevant by 2030. One reason for this? Fintech companies are breaking down traditional banking services in the quest for digital transformation.

But how are fintech startups, startups belonging to a new–but growing–industry, cannibalizing the banking industry?

Security plays a major role in fintech’s success. See, banks aren’t the most secure institutions right now. You’d think they would be, as banks currently “are investing about 70% of their funds in designing and implementing security strategies to combat cybercrime.” However, due to many banks falling into old and outdated service models, they’re slower to adopt newer technologies, including security technologies.

On the other hand, fintech startups are quicker to adopt new security standards, such as setting up 2-FA and encrypting apps and websites. Even if there are loopholes in online transactions, the new generation of digital-savvy users is adept at patching them using simple tools such as VPNs, anti-spyware, and password managers. As such, while online-based financial services seem like they’d be less secure, this fast adoption actually keeps fintech platforms more secure.

When it comes down to it, the sole reason banks are losing out to fintech is their inability to keep up with newer, digitally-focused banks. Because of this, it’s easy to lose the trust of the newer generations in fintechs. However, not all hope is lost for banks.

A Matter of Merging

While many banks will become irrelevant, some will adapt to the times and convert their business models into newer, digitally-focused models, where client satisfaction takes priority over revenue.

One way of achieving this is to partner with fintech startups, creating a sort of professional symbiosis.

See, banks may be slow to adapt and inconvenient to the customer over fintechs, but their business model is stable. However, the same does not apply to fintechs; while fintechs are stable, they’re not as stable as the tried-and-true models of bigger banks.

However, fintechs still offer quick adoption of newer technological standards and convenient business models–something banks lack. Banks and fintech companies offer advantages the other lacks, which is where partnerships and mergers enter.

While these two parties couldn’t be more different from each other, this symbiosis mixed with the potential exposure and reputation they could gain outweighs the challenges presented in a partnership scenario.

For example, Capital One, Bank of America, and multiple other banks in America have integrated with fintech platform Zelle. With Zelle, these banks have opened the possibility of simplifying payments and account management by offering an online alternative.

Partnerships are still vulnerable to modern issues, though, specifically traditional banks wanting to run a business through physical means instead of adopting a fully-digital presence. But these are just kinks that need to be ironed out; sooner than later. These banks will learn that adapting to the changing climate is essential for continued relevancy.

There’s always a certain fear experienced when adapting to a new situation–a fear today’s banks are facing as fintech threatens their relevance in the future. However, it doesn’t have to be this way.

Fintechs are the future, that much is clear. What isn’t clear is how banks will deal with their aforementioned fear of change. Though, as previously mentioned, we can expect many banks to fall to the wayside as fintechs grow.

With the current boom of popularity fintech platforms is going through, for example, the sudden growth of Venmo last year, these banks need to act fast. However, fintechs don’t want to cannibalize banks’ growth, as they wouldn’t benefit; they want to partner with them.

A bank and fintech partnership is a beautiful thing in the financial industry, and we’re sure to see more of them as time goes on. And if they don’t? Well, the ones who don’t will lose out on staying relevant, but that’s just business, right? We’ll just have to wait it out and see, but one thing is for sure: banks must adapt.