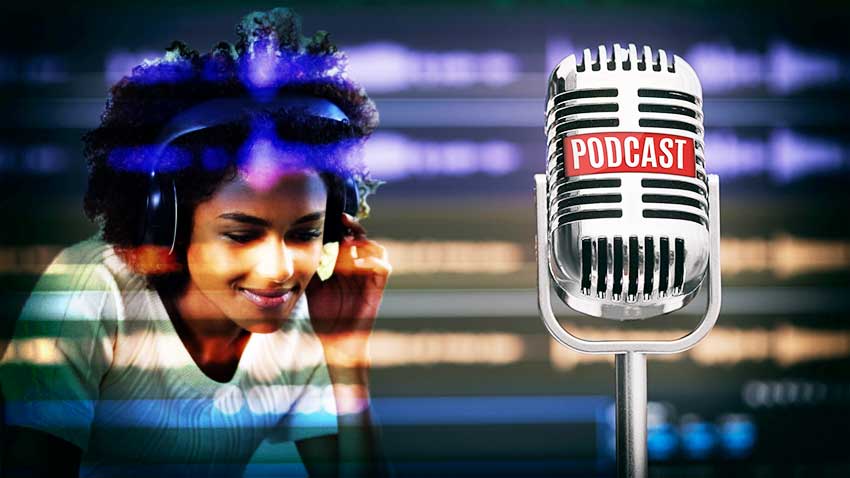 Find out how to become a financially independent person during the students’ years.

Learn how to handle money wisely, listen to Wall Street in an understandable language, and learn how billionaires succeeded (maybe you can do it too).

Barry Ritholtz is an orchestra in the US financial market. Also, he operates on the border between finance and the media. He is not only a Bloomberg observer but also the manager of the investment company Ritholtz Wealth Management. But, as you can see, he had enough time to start a podcast. And this is a pretty good podcast. His guests are the names of the most substantial caliber. Let’s look at those who have recently appeared: Ray Dalio, Asvat Damodaran, Bill Miller. A class has already become an episode in which Ritolt talks with Jacek Bogle, the founder of Vanguard.

A podcast about the economy and how it affects the lives of specific people in America. The presenters talk a lot about Wall Street and economic indicators, translating all this into ordinary language, and even now, they make exciting bets or encourage others to do so. For example, here is the plot of a recent release. Five years ago, right on the record of the same podcast, two people publicly argued about what would happen to Bitcoin in the coming years. Now it’s time to check who won.

A Dictionary of Finance

An official podcast of the European Investment Bank. Two journalists working in the EIB content marketing discuss with their colleagues (professional bank employees) the basics of financial literacy: how scoring works, what derivatives are, how the euro works, and so on. The podcast now seems to have stopped updating, and, unfortunately, the thirty episodes that came out are very lively and useful. Each lasts about half an hour.

One of the whole bunch of Financial Times podcasts – among them, there is even a podcast about music. Money Show – a program about personal finance. Recently, there have been discussions, for example, of useful applications for freelancers, coin collecting as a possible investment, Warren Buffett, and the intricacies of paying taxes in England and America. In general, this is a podcast in the genre “little by little, but reliable” – the reputation of the Financial Times does not allow presenters to carry an unverified gag.

The podcast by Cody and Justin – is definitely worth your attention. Join guys to find out how to become financially independent, what industries are the best in terms of investment, and many useful things.

Meb Feber is a manager at Cambria Investment Management. He has written several books, has a blog. However, his podcasts are especially good. This applies not only to the stock market but also to alternative investments. Recently, you can also learn a lot from his podcasts about Bitcoin and futures for this cryptocurrency. New episodes are published more or less every week. Meb regularly invites famous guests. One of his most interesting podcasts is considered to be held with Rob Arnott, head of the investment company Research Affiliates, in which men focused on the topic of investing in value.

The podcast of the Goldman Sachs investment bank has been very well implemented. It concerns not only issues related to the stock exchange and “hot” assets, such as cryptocurrencies, but also macroeconomic or business matters. This way, you can hear about Brexit, globalization, brand building, and even how the store will look in the distant future. The disadvantage of the podcast is that all guests are exclusively Goldman Sachs people. Episodes usually do not exceed 30 minutes and appear 2-3 times a month. Listening is easy enough.

This podcast is not about investing. But this is a must-have podcast for all those who intend to invest in the future. This is a window into the world of new, future technologies, especially financial technologies (fintech). You can also learn a lot about cryptocurrencies here. Yes, companies such as Apple and Facebook will face the same fate as Kodak or Nokia. However, today, it seems unlikely – they will be repressed and even destroyed by young innovative competitors. Or companies outside their industries that will create the market and become their competitors.

The corner is only for advanced investors who know English well. Comments on events in the US stock market, tips on how to trade options. The founder is Mark Longo, who began his career as a trader on the Chicago Options Options Exchange.

Patrick O’Shaughnessy is a manager at O’Shaughnessy Asset Management. As part of his podcast, he talks not only about investing but also about how to buy wisely. A distinctive feature and its main feature is invited guests. Who only Patrick didn’t have in the podcast. Yes, there were all! Well, maybe except for Warren Buffett. Especially recommended are episodes with Michael Moubusin about active management and healthy living, a podcast with the famous financial journalist Jason Zweig about the difference between happiness and the power of chance in investing, as well as a podcast with Adam Ludwin about why it is worth investing in ICOs very carefully.

Preston Pysh and Stig Broderson do an excellent job. They interview billionaires and well-known investors, authors of investment books, and business books. Once a quarter, they conduct a “brainstorm” with selected experts, reflecting on what it is worth investing in. From time to time, they get all kinds of exciting things, such as an interview with Ted Seydes, who lost the bet to Warren Buffett. Or an interview with billionaire Jesse Itzler, the owner of the Atlanta Hawks basketball club, who explained why he spent 31 days with the naval commando, and what he taught him.
You can find interviews with the leaders of Shopify, Dropbox, Yesware, and others.

Marie Barnes is a writer for LinksManagement and Bestforacar. She is an enthusiastic blogger interested in writing about technology, social media, work, travel, lifestyle, and current affairs.