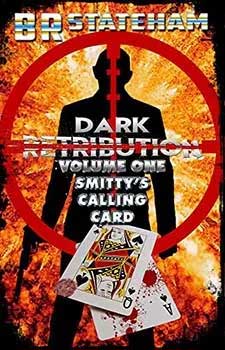 He’s desperate. He knows his sister-in-law is the next victim. And even though he’s a cop assigned to the team built to hunt the killer down and arrest him, they’ve had no luck finding him.
How does he save his sister-in-law?
Sometimes to fight evil, you must flirt with the devil. Sometimes you need a killer to find a killer.
From the talented B R Stateham, this is Volume One of Dark Retribution.

This book is a great read.
The lines are blurred between good and bad— but that makes it a killer book!
Definitely well worth it.
~ Matilda Stauffer

BR Stateham’s noir hit man, “Smitty” makes his full novel debut appearance in “Dark Retributions: Volume One” and to say that he is interesting and unique is a masterpiece of understatement. Consider a man standing in the middle of a square cornered by Isabel Allende’s Zorro, 1980s television’s The Equalizer, Preston and Child’s Aloysius Pendergast and Conan Doyle’s Sherlock Holmes.

Add in just a tiny dash of something between preternatural and paranormal, the ability to come and go virtually unseen and unheard, the ability to smell what perhaps has no odor or to hear something that has made no sound, the reputation of being known by all while he remains under everyone’s radar, and you’ll get an idea of Smitty…
~ Paul Weiss

How far would you go to protect someone close to you? Would you call on the devil for assistance? When the police are struggling to apprehend a murderer whose signature is reminiscent of London’s Jack the Ripper, one cop does just that.

He knows that sometimes, the only way to combat evil is with evil. Enter Smitty: A colder-than-ice assassin, and yet also, the ultimate contradiction. He kills without hesitation or regret, yet does all within his power to protect the innocent and vulnerable…
~ J.F. Juzwik

One
Nerves.
Twisted to the breaking point. Wound so tight he could barely keep his hands under control. He sat in the booth of the small diner and directly across his partner and tried to act calm. Tried to look normal. Impossible. Even when he lit his cigarette it was obvious. The hand holding the cigarette lighter danced around the tip of the cigarette like he was beating a drum. But flipping the old Zippo closed with a loud snap he slid the shaking hand into a pocket and sat back in the booth. Eyes filled with worry, he turned and stared into the gloom of a foggy night.
Nerves.
Fear.
Knowing he was doing something wrong. Knowing that, if caught, it would be the end of his career. The end of everything. Ten years. Ten years as a cop. Flushed down the tubes and forgotten. If he was caught. If. . .
“Artie, you all right? You feeling sick?”
He blinked a couple of times, his partner’s voice bringing him out of his dull reverie of the night’s fog and forcing him to turn and look at the red nosed cop sitting in the booth opposite him.
His partner for the last two years, an Irishman by the name of Joe Gallagher, sitting across from him, lowered his cup of coffee and looked at him with eyes of concern. All night long on their shift he had barely spoken three words. But then the call came to go out and check on the report of a body lying in the street down in front of Pier 86. It was another victim. Another butchered woman. Number five for the maniac the papers had dubbed ‘The New Jack Ripper.’
“I’m . . . fine, Joe. Fine. It’s just that, well . . . it’s the fifth prostitute killed. The fifth one on our beat. Cut to pieces like she was a piece of fine beef fresh from the slaughterhouse. Jesus, what a mess. And what a crowd we had to hold back. I mean, people everywhere. Reporters and cameramen. Everywhere. Down to get a glimpse of the body. Sick. Just sick if you ask me.”
His partner frowned, set the coffee cup on the table, and nodded. Yes. It had been a bloody mess. Always is when someone is eviscerated. Just thinking about the gory mess the two of them had stumbled on made him shiver involuntarily.
“Listen, the shift’s over. We can write our reports tomorrow. Let me drop you off at your house. Get some rest. Drink a beer or two. Try to forget about it.”
“You go on home, Joe. I’m supposed to go over to a friend’s house and drink a couple of beers with him. I’ll just call a cab and wait for it here.”
Gallagher’s brown eyes narrowed thoughtfully as he sat in the booth and looked at his partner. Artie Jones was a good cop. A very good cop. Slightly bald, getting a little paunchy around the middle, always a smile on the man’s face. Yes, a good cop. But one who thought too much. Cared too much. Maybe, maybe tried too hard in trying to make the world a better place. Not that there was anything wrong in that. The trying. The caring. But sometimes it got to you. Sometimes the meanness of humanity becomes overwhelming… 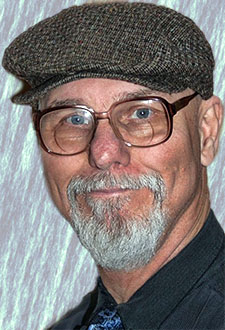 B.R. Stateham is a seventy year old curmudgeon who never grew up.

As a kid he read the likes of Raymond Chandler (considered one of the best American mystery/detective writers who ever wrote), the heroic Science Fiction of Edgar Rice Burroughs, A Princess of Mars series, and others.

As a genre writer, he chucks out dark mysteries and fantasy novels hoping someday to attract a large enough following to warrant a major publisher to take notice of him.

Other Books By B.R. Stateham:

And many more here.