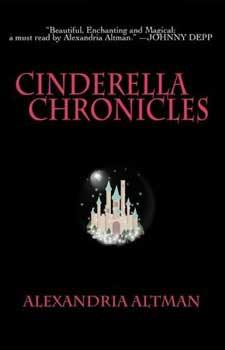 “Once Upon A time is here! …beautiful and amazing!”
– Joseph ODonnell, Arts and Entertainment Magazine

“Alexandria Altman makes you laugh, cry, hope, and dream… but most of all, she makes you believe in magic!”
– Tommy Garrett, Canyon Daily News

Once Upon A Time, a fairytale became real, turning an ordinary baby into a not-so-ordinary young girl, who sees fairies in the grass and giants in the woods, and who learns ancient magical ways from her two grandmothers on their old bayou plantation near New Orleans.

As a lonely child, Ally reads constantly while acting out her storybook tales and longing for her missing parents and her Prince. An ever-curious and magical soul, Ally knows she is meant for a destiny she does not yet understand.

In the mystical Bayou’s of Louisiana, she learns early the power of myths, legends, and most importantly, shoes – particularly a special pair of glass shoes embedded with a magical lock.

Ally’s destiny is revealed with the emergence of three mysterious men: The first, a now-immortal man, will love her and follow her through eternity. The second will sweep this astonished Princess into a lavish Hollywood lifestyle filled with mansions, servants and celebrities, but all may not be as it seems.

This fairytale prince turns into a jealous nightmare who orders his bodyguards to shadow every step Ally takes and detail every conversation she has.

Before long, Ally finds her castle has become a gilded cage. Fate returns Ally to her mysterious roots and into the open arms of an elderly aunt who knows all too well the dangers that lie ahead for this magical Princess.

Ally must quickly learn the truth the glass slippers, the gold key opens, and who and what she really is – all before time runs out, before her toad prince discovers her hiding place, and before the third and final man may finally reveal himself.

Welcome to the Cinderella Chronicles. 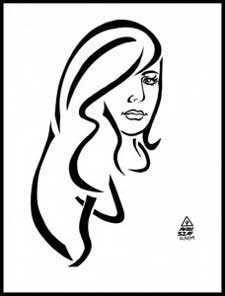 Ally is meant for a destiny she does not yet understand. Her tale begins with a shoe… a shoe that would change her life forever.

There was a prince, a fairy God mother, and an ancient wise one…
An Immortal true love who would follow her into Eternity…
And a Mortal Love, who would follow her through time, carrying with him a secret, hidden away on the bottom of a tiny glass slipper…
Step through the looking glass, and enter a world where magic is real and anything is possible.

Atlanta
Weathered, callused fingertips traced the gilded frame’s edge, lingering near the artist’s name in the lower corner. She grinned at the face in the portrait. “Don’t you worry none, Cindy’rella; you’ll be prancing’ an’ showin’ off soon ‘nough. They’s gonna be here anytime now.”

Bessie lowered the protective cloth and shuffled to her front porch to wait.
Lightning ripped across the distant sky, shattering the early evening’s peace and vibrating the ground. A long, low-toned rumble crackled through the air and recoiled off the earth. “Harrumph!” From the unique sound of the beastly thunder, Bessie knew that more than a bad storm was rolling in and, slowly, uneasily, shifted in her antique wooden rocker. “There’s troubles a’comin.”

Bessie leaned her head back and closed her eyes, recalling a lifetime of special people she had worked for and for whom she had cared too much. Rubbing her aching, wrinkled, arthritic hands, she chuckled softly. Uh-huh, what a long time ago. Never

did think I’d live to see the day that I’d outlive those people. Even some of the children I raised are gone. Unbidden but undeniable, the thought crept to mind: Why be surprised? The way those white folk did, it’s a wonder all of them weren’t dead ages ago.

Chin tilted upward, she inhaled deeply and recognized the sweet fragrances wafting on the misty breeze as the storm pushed itself closer across the landscape. Raindrops splattered on the porch railing, and then a flurry of heavy rain began hammering the tin roof of her large brick home, a drum roll announced the storm’s arrival. Bessie smiled, nodded, and rocked a tad faster, glad she’d planned for the tin covering, remembering how, in the good but harder ol’ days as a youngster, she always slept better, felt safer, when rain danced on the tin roof of the two-room shack she shared with her mother and three brothers. They’d grown up there the best they could.

She couldn’t remember much about her papa, since she was the youngest, just that he’d gotten sick and died. That left her mama to carry on with four children to rear with very few resources. Survival was all that really mattered. We had to scramble, had to get out almost ‘ afore dawn every morning, work mighty hard all day, carry home what scraps we could. . . . only ways to get us through those cold winters and hot Georgia summers.
Bessie’s smile widened as rain found its own rhythm on the tin roof. It was a homey, wrapped-in-loving-arms feeling, a rekindling of precious childhood memories when those long-ago rainstorms lulled her into a deep sleep.
Rocking had just about stopped as she slipped further into fond recollections and dreamland when a jagged flash slammed into a warm cloud above the house and struck the ground. The thunderclap nearly jolted her out of the rocking chair and she grabbed the bifocals that had slid down her nose.

She smoothed her dress and settled against the cushion again. Best they come on an’ not keep an old woman waitin’ when it’s rainin’ cats an’ dogs. Hard to believe that a young white boy is coming all the way down from New York City to talk to me. I might be old, but I knows what I knows. They wait until I gets too old to die and too young to live, then they wants to know all about my people. Well, they were my family, my people, an’ they treated me good, but I never afore seen the likes of showin’ out in all my days, those rich folk were, well, yes’um, they were some kinda crazy.

In the community, Bessie had long been known for clarity and insight on most issues and not ever mincing words.
“Well, might’ a knowed they’d be puttin’ on airs.” Bessie watched as a white stretch limo slowly cruised down her tree-lined lane and carefully pulled up in front of her grand turn-of-the-century home.

She grabbed a napkin to wipe away any trace of the brown liquid that had dribbled down her chin. Snuff wasn’t a lifetime habit she was about to break now. The driver got out of the car, splashed through puddles around to the rear passenger door, opened the largest umbrella she’d ever seen, then stood there in the pelting rain, waiting.

Imagine that. They’s comin’ here to find out about my rich folk. Mighty flatterin’. Bessie tried to stifle a chuckle as she carefully positioned her sensible shoes and thinning legs, pushed up on the seat with trembling hands, and slowly raised herself. After a few seconds, she felt balanced and steady, and began taking short, practiced steps toward the porch doorway.

The chauffeur held the massive umbrella with one hand over a younger, well-dressed man, and slammed the limo’s door against the wind with the other hand.
“Ya’ll come on! Hurry up now, or you’ll be soaked to the bone! It’s a big one rollin’ in here . . . maybe even a twister. Who knows, this time of year.” Yes’um, there’s somethin’ blowing all right: white folk nosin’ ’round my peoples. Well, I can give them somethin’ — my broom to ride back to New York ’ a‘stead that there fancy car an’ private airplane. 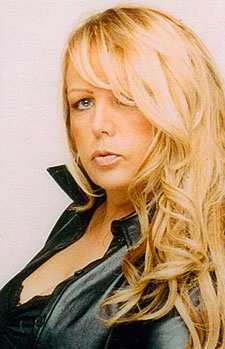 Alexandria Altman is a devoted Author, Novelist, Radio Personality, Talk Show Host and BTR. Her most current published novel is a fictionalized biographical account based on her life titled “Cinderella Chronicles” which is part of a trilogy set that includes the soon to be released “Spell Bound” & “Timeless” novels.

Since 1998 Alexandria has authored four major titles including “John Carpenter Speaks Out” along with the “Mission Possible Series” Volume 1,2,3. Alexandria has been actively writing since 1991 and has various works in progress along with many completed books in a variety of genres ranging from the fantastic to inspirational.

Awe inspiring projects such as “Two Thumbs Twinkle” a novel based on a fantastic voyage that is both positive & enlightening with a vision to turn the story into a CGI Live action 3D Animated Film. “Angelics” & “Soul Searcher” is a collection of spiritual stories that are up lifting and true to life miracles.

Devoted Alexandria is always writing and working on ideas for new material. These are a preview of some of her future projects: “Frog Tales“ is a series of stories to inspire children, ready to release. “Beyond Question” is a quest for truth. “Ancient Healers” explores great healers of the past and “Medicine Woman of The Stars” is a collaborative effort co-authoring a health & beauty book with a well know Doctor in Beverly Hills.

Throughout her career Alexandria has been involved in many facets of the entertainment industry from music production, advertising and marketing, business deals, television, and most importantly charity.

In the Music industry Alexandria worked in the press, media and all markets that lead to music production, which resulted in her own recording label called “BDE Records “ where she signed, managed and promoted musical acts. Alexandria worked with the legendary Chubby Checker to re-record ”The Twist”. She also worked with Chubby Checker on his new restaurant chain and food line which will feature 17 food products. Alexandria received a CMA Country Music award for her enthusiastic participation in the country Music Market.

In television Alexandria worked with the Harrington brothers, who had the name brand called –“As Seen On TV” Products. She also worked with Hulk Hogan and Jimmy Hart producing wrestling videos for the World Wrestling Federation.

A highlight of her business career was working with the McDonalds Corporation promoting the video game “Pac-Man” with Holographic Happy Meals. She was also involved in creative work with and for corporations including: Coke-a-Cola, NASCAR, Time-Warner, Polaroid, the W.W.F., Hi-Def Media, & Disney Studios

Alexandria is deeply involved in charity work and has established a “fan base charity” where she raises money to help “Johnny’s Angels” a charity for children founded by Johnny Depp. She was on board with the “Start A Heart Foundation” who helped put defibrillators in all airports. She also worked with “Andy’s Transplant” which was the chosen charity of “The Golden Globes” this year. On “Johnny’s Sea World” she helped raise awareness for our sea friends with all donations going to the “Environmental Justice Foundation”

Through her journey Alexandria has built many important connections that seek to support and endorse her ideas with product branding such as Dr. Deepak Chopra, Donald Trump, Oprah, Tony Robbins, alongside Holly Vanderbilt, Gina Lee Nolin, Anna Paquin, Wal-Mart and the NFL. Her continued support and involvement in the entertainment industry has most recently resulted in Alexandria becoming a board member on the 3D Film Society. She is on the Advisory Board for International Peace as Ambassador. She is also the main sponsor for the South Region of Writers.

Combining her entertainment experience, business savvy and creative talents Alexandria is taking her skills to the next level. Her current goal is to turn her books and novels into film where she can fully express her artistic vision. She aspires to one day become a Movie Producer and Director.