By Fran Lewis
Some mysteries are meant to remain unsolved and others often gnaw at you until the answers and the pieces of the puzzle are in place.

Mark Johnson loved life as long as he was sitting on cliff top watching the waves, hearing the wind howl and the storm clouds filling the sky. Mark is a journalist who specializes in writing stories that have meaning, purpose and whose pictures capture the essence and soul of the scene that he captures within the lens of his camera. Mark while talking to his friend Phil on the phone reveals information about himself that is quite striking and unique. Mark and a group of his friends are part of a research group that focuses on psychic abilities. This is where the mystery and the story really become more intricate and exciting as Mark relates that he receives signals and can communicate with as he calls them essences, not ghosts.

A wall of silence seems to have been built or fenced around the town and Mark has no idea why. Mark loves to as he puts it chase the weather and often waits for storms, heavy winds and rain to take his pictures. But, one face and one picture haunt him as he thinks he spots a face in the window of the Old Morton Manor.

Rumor has it that a young girl disappeared from this house and while in seclusion which is how he likes to define his life, Mark’s goal was to solve the mystery as to what really happened to her and why she disappeared 20 years ago. But, when he approaches anyone in the town, looks for past records or any information no one says anything. He gets stonewalled.

Richard Morton appears one day on the beach and states he used to own the house on the cliff. As he and Mark talk about the old house, the girl and the events that led up to her disappearance what Richard reveals would shed light on why the town hid the truth, what happened to him and who the young girl in the window is. Could she be the spirit of the dead girl? Who is this Richard Morton and what role if any did he play in this mystery? What will happen if Mark goes up to the house and confronts what he thinks he sees or the person he thinks is there?

Read The Wind In Your Face to find out just what was behind her disappearance and what the town does when they learn the truth and how they treat Mark. Some pictures will remain forever. There is not one that he takes that everyone will never forget nor will he. This is a well-written story filled with just the right amount of suspense, drama and intrigue to keep the reader’s interest and ready for the next story.

Reminding Mark to never to lose faith will that help when he sees that he is up against this time? The author describes the event quite graphically and in living Technicolor for the reader but in order to experience what he does you need to take the trip inside with him as you read this great final story.

The man sitting on the clifftop at the edge of his garden, taking photographs of birds as they swooped and dived, looked calm and in his element. Until the phone rang. The phone call brought him back inside the house, which was not a good start for Mark Johnson who begrudged spending time indoors. After many years working in laboratories and studios trying to make a name for himself, he longed for the air.

“Mark! When are you going to do some high-profile work again? This damn phone is ringing off the hook for you?”
Further introduction was not needed. Phil Moore, a longtime friend, was the only person who had the reclusive Mark’s phone number.

“That is as maybe, but it’s the best paid work, and you are the best. They all want you mate.”

“They can want all they like, until I get something that can arouse my spirit, I am content as I am. The stories I sell allow me what little pleasures I require- a roof over my head, food in the freezer, and the pleasure of being out here in the elements.”

“All the years I have known you, you have never changed. Throughout college courses and afterwards, money was never your driving force was it?”

“No, you have that right. I would rather struggle selling a few stories and being true to who I am, than clicking for magazines, just to show how pretty a lady is. If she is that pretty, then let it shine through. So many of them just love themselves and I cannot abide their shallow lives. Out here in the wind and rain, watching the birds and animals, that is what I am all about, Phil. If you get an interesting story for me, please let me know. As for any offers for celebrity shoots, feed them the BS you feel is right.” 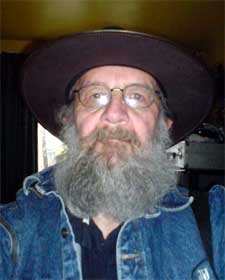 Alan was born in Middlesbrough, North Yorkshire in 1956.
By coincidence he shares the same birthday as Martina Navratilova, and from an early age he has always had a tendency to write stories and could always be found in the library at school.

After moving to Clevedon in the winter of 1963, the family settled in the Bristol area, although he still misses the Yorkshire coast and the roaring seas. Some of these things appear in his ghost stories.

Alan left school at 16 and spent 2 years at college doing general studies before entering the Royal Air Force for 6 years, some of his autobiographic stories have been featured on here.

After leaving the RAF, he spent 14 years in the Museum service. Before getting laid off through depression. This is something he still suffers from badly, many friends will tell you that no matter how well his stories are liked, he still has little faith in his abilities and is always looking for the story that goes badly.

To this end, everybody who knows him says that is his own harshest critic.

The stories he writes cover topics ranging from Dark-noir police thrillers to Fantasy and Science Fiction.

His latest venture is called “Timely adventures of Charles Palmerston” and is about a Victorian time traveller.

Other books by Al Place include:

Holding Richmond
With the Union troops in Richmond under siege Maj-Gen Nelson makes an unearthly past to save his beloved city and the Union from falling into Confederate hands.

Sea Ghosts
A small collection of sea stories with a ghostly feel to them.

Old Church Ghosts
A strange mist takes a traveller back to Saxon times in Clevedon, Somerset.

The Word
In a world controlled by the Game Lords, a few brave people fight to bring the voice of the Word to the young.

To Elfenmere
A medieval series called “From Mordhiem to Marienberg,” which traces the stories of a group of people forced to flee a burning town after a comet strike.

Canadian Memories
A loving tribute to a lovely lady Al used to know in Canada.

Did We See Him?
The start of another series called “The timely adventures of Charles Palmerston.“

Nerja
A young Cree indian and an old pilot fly across the Canadian ice fields where faith takes a hand when the aeroplane stalls.

In April 2012, Al won the Author of the Month Award writing contest on Angie’s Diary.