The Island of Whispers – Review

The Island of Whispers

Reminiscent of Richard Adams’ Watership Down, Brendan Gisby’s novel is a mesmerizing tale of conquest, enslavement, and yearning for a life of freedom from oppression and want.

George Polley, writer, and blogger, reviews The Island of Whispers 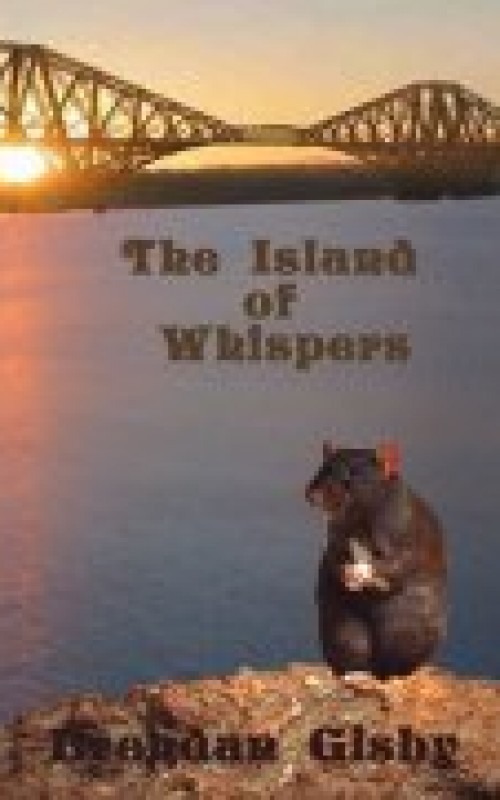 Set in Scotland in an ancient ruined monastery on the island of Inchgarvie that was abandoned during the Middle Ages, The Island of Whispers tells the story of the conquest and subjugation of the island’s indigenous black rat population by much larger (cat-size larger) brown rats that arrived from passing ships.

Enslaved, despised, and abused by the brown rats, the black rats yearn for freedom and dream of founding a just society somewhere else.  The ruling leadership will do anything to snuff it out and exterminate it.

Looking out from his island prison, Twisted Foot sees another land.  How could they get there?  Could it be a place where he, his mate, and his child could have a free life?  What about Fat One, Small Face, and Long Ears?  Would they be interested?

And Grey Eyes, Soft-Mover and Bone-Cruncher?  They would have to be very, very careful to avoid the sharp eyes and ears of the Protectors and the Inner Circle.

Eventually, taking Slayer, the Slave King who escapes during a slave revolt that the authorities brutally put down, they leave the island for their freedom.

What happens then?  Does their freedom last?  Are Twisted Foot, Fat One, and their friends able to establish the just society they were dreaming of?  You’ll have to read the book to find that out, which – unless you hate rats – shouldn’t be a problem, as it’s a can’t-put-it-down kind of read.

This rat tale is a wonderfully told story of the yearning to be free that’s in every person’s heart.  It’s a story that is as ancient as history, and as current as today’s news.

Inchgarvie could be Egypt, Iran, Tunisia, North Korea, apartheid South Africa, Israel, the U.S., Argentina during the military junta, Chile during Pinochet’s rule, Myanmar, the company you work for… wherever people are kept down, marginalized, despised, and ignored.

Pick up a copy of The Island of Whispers in either paperback or Kindle.  It’s a book you will read again and again.

Will there be a sequel to this story?  I certainly hope so.