During World War II, Bendicks (Ben) Kalninsh, a child, would explore the tunnel of an abandoned mine with the hopes of finding a gun.

He persistence pays off when he observes three soldiers, one an officer, carrying in some heavy cases and returning without them. Entering the tunnel to begin his search, Ben sets into motion actions that will haunt him later in life. 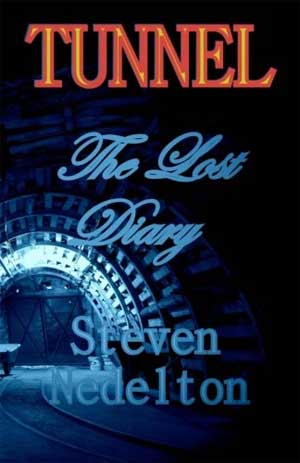 Now Ben has moved to Forks, MN with his family and grown into a boxer with a promising future. Then his father and a neighbor are brutally murdered and it begins to look as if the incident in the tunnel is the focal point. What was in those cases? It turns out to be gold and one diary. But what is it every one wants? The gold or the diary?

Soon the FBI and several other interested parties are on the trail. This only raises more question with no answers. Why is everyone after the diary? What is happening with the FBI? Men are being transferred. Pressure being placed to either slow down or stop the investigation. Then several of the investigators are threatened with blackmail, using evidence that was manufactured. Now the big questions are – Why? Who is next? Who can be trusted?

This was an amazing story which unfolded gradually. At first it looked like there were several stories going on but they all come together in a fascinating way. It looked like conspiracies were flourishing at all levels from law enforcement to law breakers.

At the end, you have a few of your own decisions to make. Steven Nedelton leaves the reader with a lot of food for thought. His novel, Tunnel – The Lost Diary, is a rather unique read that needs to be experienced. Try it out your self and see what everyone is talking about.

Steven Nedelton writes novels with crime, mystery, paranormal and noir. His published titles are: Crossroads, The Raven Affair, Fear!, Tunnel/The Lost Diary and Coma Sins/The Madness of Ben Bluman. Presently, he is working on the sequel for Tunnel. Three of his novels were evaluated by the Midwest Book Review, The US Review of Books and Apex. Fear! received a special recognition from the MBR Journal. The novels are available in Kindle, Nook and paperback and can be ordered from his web site, www.snedelton.com.