More Deaths Than One

I felt a little anxious before I even turned that first e-page of ‘More Deaths than One,’ I had never read a book written by anyone I knew before. 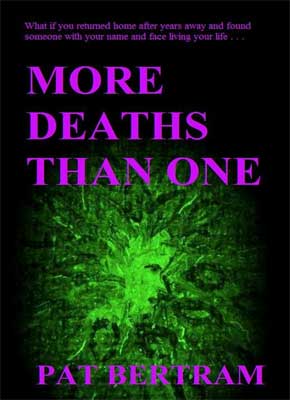 Our hero, Bob Stark, is most notable for his very essence of being un-notable.  In fact, he is so un-notable that even the people who know him seem to have trouble recognizing him when they first see him.  This very plainness draws you in, making you like him for his simplicity and empathize with him for that unwanted feeling of invisibility that we all share at times.

All the usual people are at the funeral, friends, and family, including Stark’s old college girlfriend Lorena Jones.  Stark watches the funeral as an outsider only to find himself with more than one shock.  Not only does the funeral appear to be entirely real, but the man his old girlfriend is with also comes as a big shock too.  Bob Stark finds himself staring at none other than Bob Stark.  But how can this be?  How can he be watching himself at his own mother’s second funeral?