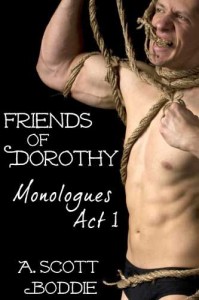 The Hauntings of Playing God by Chris Dietzel