Greenlee Lynn Granger is about to find out the true meaning of technology used as a malicious tool: normal teen one day, and ruined the next. Who knew a boy’s affections could turn her life into such turmoil? What she does next is shocking.

An emotional glimpse into the reality of cyberbullying: cruel betrayal of such magnitude devastates Greenlee. Her relationship with her family and friends strained, she’s forced to make mature decisions. Greenlee addresses the outcome of her persecutors, their punishment, and their future options. 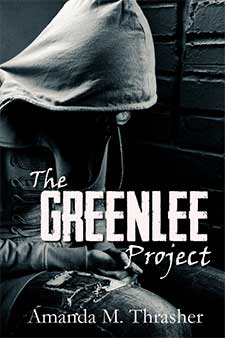 She said as the tears flowed uncontrollably down her cheeks. She swallowed, sucked in a gasp of air, exhaled, and tried to continue. “The whole thing is just too unfreaking believable. I can’t wrap my head around it. I still feel so stupid.” She wasn’t hungry anymore but took another bite from her half-eaten burger, chewed a moment too long, swallowed, and looked at him as he continued to drive.

Her words and the tone with which she said them broke his heart. He hurt for her. He was angry for her, angry at himself for not having known, and furious with the kids who were involved.

His daughter! Terrible for anyone’s daughter, but it was his daughter. Swallowing hard, he struggled to find the right words. His voice sounded different than usual: shaky but soft, concerned, but definitely filled with anguish. Greenlee studied his face for a moment but was forced to turn away.

Tears had filled her dad’s eyes, and though it would have killed him to know, Greenlee felt humiliation engulf her as she realized that she had inadvertently brought her father to tears and caused him such pain.

He never said another word and Greenlee didn’t offer any either, there was no point. The inevitable was around the corner, but how she’d deal with the situation once she went back to school, facing the people who had put her through hell, remained to be seen.

Normal adolescent insecurity and thirst for acceptance trumps friendship and consideration, leading to a nightmare: a runaway chain of uncaring, unflattering, and unmerciful photos and posts, threatens to destroy friendships, self-regard, and careers.

Technology magnifies the worst instincts of the people involved, while the victims must decide how to face up to their tormentors. Teens will find the Greenlee Project a compelling read and a helpful guide, while adults will see the challenges today’s teens face…”
— Dr. David A. Bedford Ph.D.

The Holes in the Floor