Isolation and a life all alone without the frills or any type of human communications was the solution Rachel Wells decided for herself as life or fate took away all that mattered to her.

When her entire universe sank within the depths of a roaring sea and a storm raged so fiercely that only she survived as Rachel Wells died a slow death in her heart and mind. A storm so fierce she could not control its wrath as her young daughter Emma and her husband Jack vanished into the blackness of the deep sea 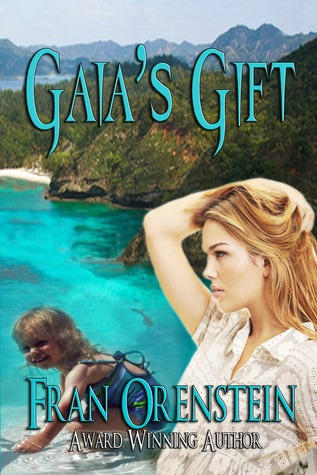 Reality set in but only in spurts as Rachel Wells withdrew from life, her friends and herself into a tragic pale specter and shell of a woman so deeply haunted by her own fears, angered at her own survival and consumed with hate for those who had not lost what she had.

Spring is a special season. The world is reborn with greenery, flowers bloom, the air is fresh and rude awakenings can change the deflated, the destroyed and unhappy. Reflections in mirrors do not lie unless you choose to not see what is really within the panes of glass and the images reflected within it. Rachel Wells awakens one morning, faces herself and her image in her mirror and does not recognize the person staring back at her. Realizing the gravity of what she saw facing her she sent out a phone call for help to a dear friend.

But Rachel had not come full circle with her anger, fears and her inner self instead she decided to succumb to the cruelty of her neighbors banter about her, the branding her as a witch and the coldness of the warm sun that chilled her instead of giving her warmth. Rachel decided to leave civilization, leave the world she knew and create a safe haven for herself that would provide the shelter and seclusion she wanted, devoid of memories that hurt too much to remember. People hurt and sometimes the pain is too great. Rachel along with the help of her attorney dealt with Jack’s estate and left the world as she knew it to live her life out on an isolated and deserted island with only her cat as her constant companion and limited access to the real world.

Could the same raging storm repeat history five years later? One young child is torn from her mother’s arms while her parents are killed and washed up on the sand. Abigail Stern is now alone in the world and has to fend for herself at the age of three. Awakening she finds herself on this island with a dog. Meeting Rachel would change both of their worlds and the inner rage that flared within Rachel’s heart. From the wreckage of a storm Gaia the goddess of the earth presents Rachel with a special gift of one little precious girl. Angered because she took her family away will her heart soften and the hate melts away by taking care of Abigail?

Flashbacks, feelings, fear and one little girl who came into her life and who thought Rachel to be her mother was more than just a gift to Rachel. More images flash, visions of a life jacket and she relives the event that took away her family. Why did Abigail think Rachel was her mother? Why didn’t she correct her? Can each one replace the person they lost with another? Why would Gaia present Rachel with this special gift? Two separate worlds blended into one reality or did they? As Rachel and Abigail bonded so tightly and each one learned more about the other the closeness they developed was remarkable and the ties even tighter.

Then a trip to the mainland would enlighten Abby about the real world and her questions about life, television and want the net as other kids do disturbs Rachel. Added in is the ever-present scent of lavender that reminds her of Emma and Abby’s feeling or visions of her Emma become more prominent in her mind too. Just how they intertwine and why she sees Emma you have to learn for yourself. Just what happens when Abby meets a group of kids causes Rachel to become fearful yet feeling some guilt. How will this all play out and just why does she feel she can never tell anyone about her?

Gaia’s Gift presents some important issues to the reader. Lies, deceits are told by Rachel to protect the little that she has and the one precious child she loves more than life itself. Is she right? What moral obligation does she have to Abby to find her real family? Is what she’s doing right? The ties that bind them are so fragile yet so tight.

Everything cannot stay the same and Rachel begins to hear two distinct voices in her head trying to help her reason out her situation. Abigail’s visions and feelings about her past become clearer and she shares her thoughts with her new friend Danny before having a severe meltdown. Still fearful of storms and the sea although much older Abby cannot handle the thought of an impending raging storm, Rachel flares up while on a boat with a new friend named Ben and things change as a friendship that could have been wonderful and a life that would be more positive comes to an abrupt halt. Rachel and Abby disappear and no one can find them. Will Danny be able to track them down on his shortwave radio? What is next for them both and what does Gaia have in store for Rachel as she prays each morning for one more day?

When Ben learns the truth about Abigail and Rachel will he use it against her? When Abigail learns the startling truth about her parents and the life that flashes back in front of her she does something that frightens not only her but Rachel too. Lies, deceits, betrayals and hidden truths come out and two people’s lives hang in the balance, as Gaia has to decide what is next for Rachel and her special gift.

Author Fran Orenstein leaves the reader with many interesting questions that most would have difficulty coming to terms. What does happen to Rachel and Abigail? Where will they go from here? What unanswered questions are still traveling many routes in both of their minds and what if anything will unite them as a family? From the author of Calling of the Flute comes another Five Star novel that far surpasses so many others.

This book gets Five More Gifts From Gaia.