Tom Ryan has the right attitude. When you are the oldest you need to be catered to and not let anyone else that comes along stand in your way or in your limelight. So, when King Tom was born his wishes were his parents command and then along came Mary, Kate, Sam and eventually little Harry.

Now, says our Tom, did he give permission for some many to join his family? Did he really need these little people? Well think about it. Now, he had his empire and those brothers and sisters would be his subjects. 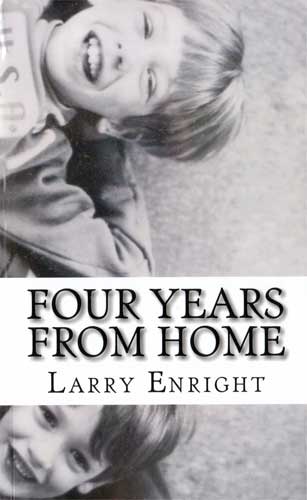 Tom felt that he was above the punishments that should be inflicted on others except when he got caught. So, poor Harry was the object of his non-affection and his antics along with his sister, Mary, they attempted to torture the Teflon brother so to speak. But, his parents were very protective of him, deemed him a prime candidate for the priesthood and little Harry could do no wrong. But, then, Tom realized that he had it all wrong and that nothing and no one would rock his world and Harry was no longer a threat.

For those of us that have young brothers and sisters and were in charge of being the King or Queen of the family’s highest ranking children, you know that when the newcomer arrives things change. My younger sister and I got along just fine but when my younger brother was born I knew that he was the KING! But, that turned out okay. You see younger brothers as my sister never realized do come in handy at times. Like when you want to get rid of date that keeps calling and you pay the kid a dollar to take the call and handle it. So, very cool and definitely less stressful. So, Tom, dear Harry will eventually serve many purposes for you.

This is quite a different story than A King in a Court of Fools as the reader gets to know the family members and characters when they are older and in a different light. Tom tells the story in his own words as Harry did in the other book. Tom relates what happens when Harry decides that the seminary is not the answer for him and takes an entirely different route much to the chagrin of his family. Even with the priests, his own father and Tom talking to him what Harry decides will definitely shock the reader and where he winds up even more. Going to a nonsectarian college, not really communicating with her family for the four years he’s away from home his final journey back is anything but what you might expect. Tom starts MIT but secretly drops out to work for a company that creates computer games.

This is a story of a family that learns many hard lessons and one member who will no longer be there anymore. A strange twist of fate changed the course of this family’s life as they begin to assess what they are told around the events of Harry’s alleged accident and death. But, when the facts are in and the lack of evidence discussed it will lead Tom on a journey to find the answers he and his family need in order to learn the truth behind what happened to Harry. No corpse. No body. What really happened, how and why?

So, Tom was sent to find out and as he was told, “Do the right thing,” whatever that means. Throughout the novel you hear Tom’s voice coming through loud and clear. He allows the reader to enter his mind and hear his inner thoughts, frustrations and torments as he as I see it tries to keep or find his place in his family and in life. Tom needs to feel that he is number one and the most important to his parents. He resented Harry the minute he took his first breath and as he takes the journey to Kenyon to find answers to what really happened to Harry, he recounts many incidents from the past and some unusual ones along the way giving the reader much pause for thought and introspection.  It is almost like he is relieved that he does not have to deal with him anymore and yet angry that he has to find out what really happened to him in order to appease others. Tom does not seem to realize that his parents love him in a different way and that each child has his or her own place. It is as if his whole life is one big competition. But, I often wondered as I read about him whether he was really competing with his brothers and sisters or just within himself.

When Tom finds his way to Kenyon to learn what happened to his brother a dramatic twist in the plot occurs and what you would expect to happen does not. Tom and Harry become almost interchangeable if you do not look really hard. Two separate personalities can one replace the other without anyone’s knowledge? Why would Tom want to be someone else when he is so consumed with proving who he thinks he is? What happens will definitely endear you to him, admire his creativity or wonder who and what was behind what really happened to Harry and if anyone other than his family, except Tom, really cares.

An ending that you definitely will not see coming and the truth behind the events unsettling and the final outcome and result you will have to decide to for yourself. Is Tom Ryan really delusional? Is Tom Ryan responsible for his own actions or has he taken on the persona of his favorite television star in the show Combat? How far would you go to escape the life that was set out for you? How far would someone else go to evoke his freedom of choice? Read this outstanding novel and find out what happens when two brothers are Four Years From Home. Tom Ryan only wanted to be King of his family. In a game of 1, 2, 3 shoot: Does anyone really win? You decide. This is one novel that everyone should read and one author who is definitely on the rise. Characters that is true to life and events that could really happen. One man wanted to keep his status and place in his family. One author who created Tom Ryan. Tom Ryan: Make way for the master: Larry Enright. No competition. He wins!