Newlyweds Sam and Lynn Stanley embark on a cross-country RV honeymoon with Lynn’s young son Andy.  However their trips turns more eventful than they bargained for when they suddenly find a barely passable mountain trail blocked by what appears to be a large roll of carpet. 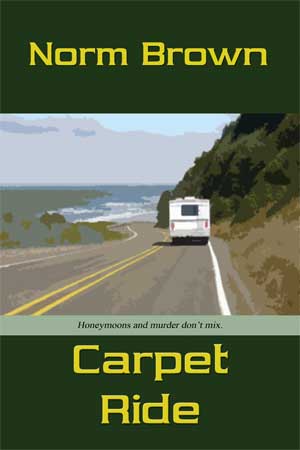 At the police station, Sam learns that he is being accused of running over a person in the road, is possibly facing charges, and there is no sign this carpet ever existed.  The victim’s car, a Ford Taurus, was discovered at the scene with a flat tire and open trunk, suggesting that Robert Riddlin may have been walking in the road looking for help when Sam ran him down.

Sam’s friend John Canton goes to Boulder, Colorado to investigate the strange events from what he and Sam think is the source, the victim Robert Riddlin.  There, he finds himself an ally in Cynthia Kildeer, Robert’s administrative assistant.

The two investigate but seem to find more questions than answers.

I would have liked to get more explanation behind the whole Robert Riddlin affair, however, there are more mysteries to the story than that, and Riddlin is more of a driving force to push the story forward and not the reason Sam and Lynn have been chosen to be pulled into their situation.