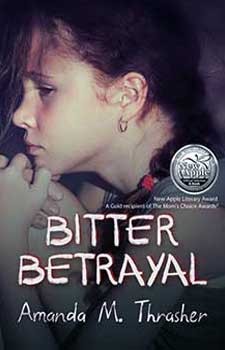 Bitter Betrayal is a riveting and MUST read for teens and parents alike. This book offers an honest and realistic view of the tough choices and situations that can too often destroy a teenager’s life. Only through open dialogue can we hope to educate ourselves and prevent such common tragedies from happening. The real topics addressed in this book cannot be ignored and has the potential to save a teenager’s life. As a mother of teenagers, a daughter, and a son, I highly recommend Bitter Betrayal.
~ Lynn Groff, LMSW
Owner Primrose School of N.E.
Green Oaks

Bitter Betrayal should be a must read for tweens and teens!
Where do I begin? The story is not just a book it’s a valuable lesson for anyone on the planet that uses technology. This moral message is a warning that, if ignored, could prove to be devastating and life-altering.
I seriously couldn’t put it down! The title, Bitter Betrayal, alone, kept me intrigued; I knew something big was coming. Just when I was grateful for a chapter ending, (so I could get on with the rest of my life) the title of the next chapter kept me sucked in, and turning pages.
I truly thought I would be able to relax after the pinnacle moments of betrayal but that was not the case. I had to know how it ended and the discussion questions at the end of the book kept me thinking for days.
~ Rhonda Jennings
Special Education Teacher

A Compelling and Necessary Read
Having read Ms. Thrasher’s book The Greenlee Project, I knew that Bitter Betrayal would be just as compelling, just as brutally honest, and just as necessary. Hear me now: these are not easy books to read. They’re not your typical good-time YA romances. They are very real books dealing with very harsh realities that today’s teenagers face, particularly in our world of modern technology and social media.
Overall, this book is an excellent read. At first, upon finishing it, I thought that I would have ended it differently. But then, the more I thought about it, the more I realized that this is exactly how life often plays out. Fiction tends to wrap itself up and tie all the loose ends together and see to it that everyone pays the price for their actions, but that’s not the way that real life works. That’s what I love so much about Ms. Thrasher’s books. She isn’t afraid to write for truth or to discuss those topics that are so often ignored and yet so very relevant to teens today.
~ Jacqueline E. Smith

It took nearly two-and-a-half hours to get to the lake. Nice and secluded, no locals to worry about. Everyone invited knew that they had to stay for the night, no exceptions, and upon arrival Stacie had decided that Trevor or Cody would stand with a bucket and all keys would have to be turned in as soon as vehicles were parked.

Safety measures: ensuring that once they arrived, they didn’t drive. The girls had stuck to their plan, providing food and sodas, but hadn’t provided alcohol. However, they weren’t stupid, knowing kids would show up with alcohol all by themselves. Private invitations on social media with the rules and directions had been axed at the last minute. If they were leaked, she’d be busted for sure; a paper trail wasn’t worth the risk.

Everyone relied on word of mouth, coded texts, and phone calls. They climbed higher and higher as they drove up the long, twisted driveway to the cabin. Between the trees, the height of the location, and the lake below them, the view was spectacular. The lake house, a massive stone-and-log cabin, was two stories, complete with a wraparound porch that extended all the way around the house. Picnic areas were located on the east and west sides of the cabin, complete with fire pit and grills, and both sides had views overlooking the lake. A rock path led down the bluff to the dock and boat ramp. A covered area housed the boats and water toys, too many to count, and a boathouse sat to the left of it. Impressive to say the least, especially for a secondary home; most people never lived in anything as beautiful in their whole lives, let alone vacationed at home in such luxury.

“It’s beautiful up here,” Sophie said as they pulled up to the house. “Absolutely beautiful.”
“Thanks.” Stacie knew it was a one-in-a-million location. It was her dad’s future retirement home. “This is my dad’s dream place. Not so much my mom’s.”
“She doesn’t like this place?” Sophie asked, shocked. “Really?”
“She likes to vacation here, but not so much live. Too far away from town, she says.”
As soon as she entered the house, Stacie disarmed the security system. Unlike their main residence, her parents couldn’t access the system from their devices. Nor were they notified if something was amiss. Just an old-style, regular system had come with the property when they had purchased it. Advanced for then, it had cameras, but not like the ones at their main house, where when the alarm went off the security company was notified, and they received the call. Her dad had said on numerous occasions that he’d like to have the alarm system at the lake house updated. Fortunately for Stacie, he hadn’t done it yet. Once the alarm was dismantled, Stacie opened the wooden shutters and the windows, and cool air immediately rushed through the house. For the first time, Stacie was glad she hadn’t listened to her nerves and bailed on the party.
“Surely they’ll stay out of here, right?” It wasn’t a real question. Stacie was praying people wouldn’t trash her parents’ cabin.
“We know these guys, they’re our friends,” Sophie reassured her. “There’s really no reason for them to come in the house.”
“Well, let’s put our stuff in our rooms.” Stacie smiled. “I’m taking the master, but you can pick any other room you like.”
Each room had a fireplace and its own bathroom. It didn’t matter which room Sophie picked; she would be more than comfortable… 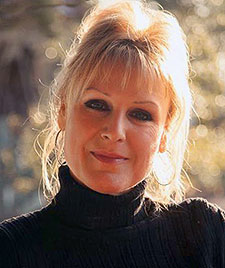 Additional word includes a graphic novel for the Texas Municipal Courts Education Center, Driving on the Right Side of the Road program (DRSR), titled What If . . . A Story of Shattered Lives, which was adapted into a reader’s theater.

She is a multiple Gold Recipient of the Mom’s Choice Awards for YA, General Fiction, and early reader chapter books. A winner for YA – Social Issues of the 2017 International Book Awards, an NTBF award winner in the YA and General Fiction category, and was awarded a New Apple Literary Award for YA and general fiction.

As Co-Founder and Chief Executive Officer at Progressive Rising Phoenix Press, she assists other authors with their work and shares her writing process and publishing experience with them. Currently, she is under contract to adapt a screenplay into a novel by director Kevin James O’Neill. She continues to speak and share her work with children and adults of all ages, conducts workshops, writes a blog, and contributes to an online magazine. 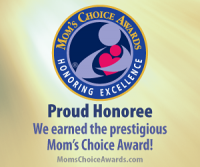