“I’m wickedly sweete and have a sweet disposition as my daddy called that makes me, unlike most women. I speak my mind which usually gets me in trouble, but I’d rather be a sinner than a false saint.”
~ Zoey Sweete

I began writing around the age of twelve. Most were poems of a love-struck soon to be teenager over a boy that didn’t even know I existed and was way too old for me. I eventually began writing short stories as I got older, and was published in Seventeen Magazine under T. Renee Jones for a story called a Gamble for Love. Of course, it was about a girl in love with a boy who knew nothing of her existence. 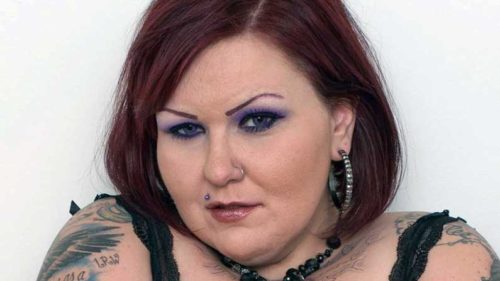 I have only published one piece under my real name because I never thought I would publish my writing and never thought Zoey Sweete would exist. I was born in Odessa Texas, and my birth mother gave all her rights over to my father. How I got here is a bit of a scandal you could say.

My mother that adopted me couldn’t have any more children and my father was a bit of a ladies’ man. Instead of divorcing she agreed they would keep me and raise me together.

Later on, they did divorce, and unfortunately, she manipulated him into giving up his rights, so I was raised by two people that were not even blood to me. I had a great childhood and at 16 I had questions and found my way back to my father.

He was just this relaxed hippie biker that loved to play the guitar and do jam sessions with his buddy. His favorite song was Freebyrd by Lynard Skynard and his love for rock ‘n roll carried over to me.

I was raised in Waco Texas where I had the best of both worlds, two dads were completely different but both gave me the confidence I would need later on in life to be where I am today. My dad that adopted me always said that if I was going to dream, then dream big or don’t dream at all. My father told me, never worry if you find yourself lost, because wherever you go, there you are.

They have both passed but I think of them each day and how I am like my father so much, but very proud. I love the feel of being on a bike because it’s never about your destination it’s about the journey getting there.

I do multi-genre books. I write poetry, which tells the story of my past, whether it be the abuse I suffered in my marriages or the addiction I faced and overcame. Those books I would love for people to see there is always a way out and your demons can be conquered, you just have to have a little faith. I also write paranormal fiction, I am known for The Draven Witch Series about a vampire/witch hybrid. For those books, I want t the reader to get lost for a few hours, taken to a different world.

I want my readers to be taken away or inspired, depending on what I have written. I have several pen names I write under and that gives me a bit more freedom. A lot of people don’t understand. I see the name Zoey Sweete as an extension of myself. I am a rebel at heart, a free spirit, I can be a deviant or sweetheart, and when I write under Zoey Sweete or model as Zoey Sweete, I take those things and over exaggerate them.

I push the limitations. When I step in front of the camera I am no longer a mom that has her plate full, or the boss lady running a company, I get to be anything I want. I can free myself and the characters that sometimes don’t work out on paper to come to life on film.

I want my readers to feel what my characters feel, and if they are a fan of my modeling, I want them to see the story being told as each picture is taken.

I had always loved to write but I never thought I would get published, Stephen King’s book Rose Madder and Dani Shapiro’s Playing with Fire really inspired me. I had all these ideas, but the main one that wouldn’t go away was The Draven Witch Series. I had the cast of characters that played inside my head until I finally sat down and in three months Blood Magic book 1 of the series was written.

Now, it has been through many changes since then, but I had to write it. There was so much paranormal stuff out there but most was love-based or romantic based where my series is based on a girl turning into a woman and finding herself along with a hard hellish journey. There is love in the book, but it does not center the series. There are other things going on, and if I would want my readers to take anything away from that series it would be never to give up. Never stop fighting for what you believe in.

I have been told my Draven Witch Series is a lot like the Underworld movies. I don’t see it, but some do. I try to think outside the box and do things differently but certain people do compare it to Twilight, but I live in a world where my vampires drink blood and don’t sparkle.

Of course, I do get some comparison with my character Tristan to the characters Spike from Buffy the Vampire Slayer and Dean Winchester from Supernatural. I don’t see it, but they do. So, I’m not sure if these are bad things or good things.

I am doing a collection of poetry titled Rebel Hearted like the tattoo on my chest. It was inspired by the people that have said false things about my character, slandered my name. Basically, it is a book dedicated to the haters, which will have my photographs inside that tell a story to go along with the poems.

I am also working on Ivy Sinclair’s first novelette. We do have two anthologies coming out this year. Sinister Souls a horror anthology and Lost Souls A Collection of Beautiful Disasters.