Paul Collins--Tell us about your background. Who you are, where you are from?

Tendai Mwanaka- I was born 40 years ago in the eastern province of Zimbabwe, Nyanga district, Mapfurira village. I went to schools in the Nyanga area, and started staying in Chitungwiza, Zimbabwe, in 1994, near Harare where I still stay. It was in 1994 that I started writing, barely 20. I have also worked in the sales and marketing fields for several years in Zimbabwe, and I am a qualified professional marketer. I left this field to write full time in 2008, and I am still doing that. I have published 4 books so far, Voices from Exile (poetry, 2010), Keys in the River (stories, 2012), Zimbabwe: The blame game (essays, 2013), Playing to Love’s Gallery (poetry, 2013), A Dark energy in forthcoming from Aignos publishing (full-length novel, 2014). I have written over twenty books, some still have to find their homes. 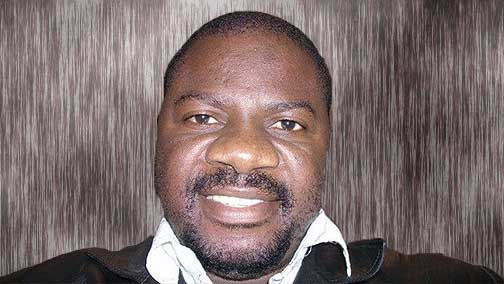 Tendai Mwanaka- Keys in the River, basically explores issues of struggle, thus the subtitle, Notes from a Modern Chimurenga. “Chimurenga”, literary translates as “struggle” in English. It could be issues of struggle in the political, economic, social landscapes; even in relationships and love. I will quote from the prologue of the book, “The stories in this novel tackle many of the experiences of the Zimbabwean people: life during the liberation from colonialism, life growing up in post-independence Zimbabwe, the Matabeleland atrocities, early adult coming-of-age stories, love stories in a world in the shadow of the AIDS pandemic, the fight for democracy, the election years, the power sharing engagements, and the migrations of expatriates into other cultures, especially into South Africa, and what life is like when lived in exile.” I am trying to pull my readers along some path of thought to some named or implied conclusion, it a whole world I am trying to open up for them, in which they would populate it with their own thoughts and feelings in trying to experience this modern Zimbabwean Chimurenga. After reading Keys in the River, they will be left with the feeling of how each of us, human beings; go through life-changing situations, regardless of our point of origin, in our journey to finding love, freedom, democracy, justice, completeness, happiness, and satisfaction.

Tendai Mwanaka- I stumbled upon this career. I failed my “O” level English, in the first sitting, so in trying to improve on it, to work on it; I started writing what at first, I thought were compositions, but after some couple of years, I realized they were stories. Somewhere in 1997, I decided I knew how to write stories so I started working towards being a professional writer. I had always enjoyed reading novels at school. I can’t really mention some type of novel or a single author as the sole influence. I read widely. Local Shona novels and poetry have also been especially influential in shaping me, as a writer.

Tendai Mwanaka- I don’t think there is a book like that anywhere else in the world. Not because it’s the best book ever written. I believe Tendai Mwanaka can only write novels that can only be written by Tendai Mwanaka- Maybe it might be different with other writers and books, but I can’t think of any other books to compare with mine. In that sense, it is rare. One might really want to read Keys in the River to understand what I am saying.

Tendai Mwanaka- I am attracted to write about the dispensation obtaining in Zimbabwe after the July 31 elections…as I follow up book to my non-fiction book, Zimbabwe: The Blame Game. I am thinking about it, obsessing about it, have started fashioning it. It will be a non-fiction book. I just can’t defy the attraction. But I am working on a novel on Nigeria, with a Nigerian writer; on the political and religious wars in that country. I am also working on a lot other stuff (play, poems, stories, essays), plus music, and visual/photographic art. I rove around a lot, before I fix myself on something.

Paul Collins–Thanks for taking the time for this interview. All the best!

Hank Quense Sep 2, 2013 7
Fiction writers need all the tools they can find, but over time, these tools can become dull and rusty.  When this…
Publishing