I’ve spent my life reading, so from a young age, “story” seeped into my conscious mind and steeped there until I began writing.

In that way, all of the writers whose books I have ever read have influenced me, but if I had to pick a single author, it would be Taylor Caldwell. Caldwell told wonderful stories that showed history in the context of fiction, and I’ve tried to do the same. She also used a hundred words when a single sentence would have sufficed, and I’ve tried to do the opposite. And she overused words. In one novel, she used the word “inexorable” about a hundred times, and a couple of times I used the word in my own writings as an homage to her and a reminder to myself not to repeat unusual words. Such echoes resound in readers minds, as “inexorable” did in mine, and detract from the overall impression of the book.

Here are some responses from other authors about the writers who influenced them the most. The comments are taken from interviews posted at Pat Bertram Introduces . . . 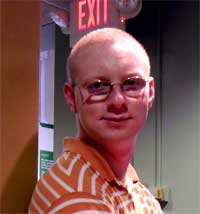 From an interview with Rami Ungar, Author of “The Quiet Game: Five Tales To Chill Your Bones”
I’d have to say Anne Rice, Stephen King, and James Patterson. I discovered the first two when I was in junior high and high school, and they blew my mind. I knew after reading them, horror was what I wanted to focus on. I discovered James Patterson shortly before graduating high school, and I think he was the one who taught me how to write thrillers. To this day, I think of Alex Cross and James Patterson when I think about how I was able to write my thriller novel “Snake”.

From an interview with Juliet Waldron, Author of “Roan Rose”
At the moment, I’d say Cecelia Holland.

From an interview with Sherrie Hansen, Author of “Love Notes”
Maud Hart Lovelace, author of the Betsy Tacy books, set in fictional Deep Valley, Minnesota, my home state, greatly impacted my life as a young person. (Think Little House on the Prairie but set during the Victorian era.) Maud’s main character, Betsy Ray, longed to be a writer, and set the stage – really formed the expectation in my mind – that I would write a novel one day. The Betsy Tacy books are wonderful (and back in print thanks to Harper Collins). One of the guest rooms at my B&B is named “Heaven to Betsy” in honor of the tomes.

From an interview with Noah Baird, Author of Donations to Clarity
I picked up Still Life with Woodpecker by Tom Robbins when I was about 21. It was the book which really spoke to me. I’d always enjoyed reading, but it was the first book I felt like it was written to me. I loved Steinbeck, Twain, etc, but they were from another generation. Woodpecker was the literary equivalent of hearing Nirvana’s Smells Like Teen Spirit or Don McLean’s American Pie for the first time. I felt like someone else out there saw the world like I did. Christopher Moore, Tim Dorsey, and Carl Hiaasen are larger influences on me now, but Tom Robbins was the first to knock me down the rabbit hole.

What about you? What writer influenced you the most?

Kaitlyn Nicole Elkins – In Memoriam of My Daughter