How difficult was it to get published the first time?
I submitted my first novel to several publishers and received rejections from all. I belonged to a writer’s group at the time and its members were very supportive. I was told, “When you have enough rejections to paper your bedroom, consider yourself a professional”. ‘In the Rough’ was published by Loose-Id Publishing in e-book format after ‘Dead on the Money’ was released. 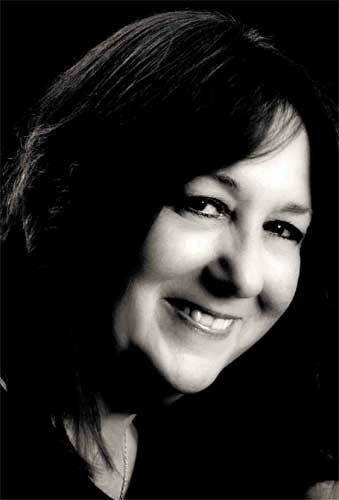 How many books do you have published?
‘In Mysterious Ways’, will be released by, Vinspire Publishing, in paperback and Kindle format next year. With that, I will have six published books.

You draw, write and sing in a band. Which art is your favorite?
It’s very strange to have three creative outlets but it is also wonderful. I have focused on each at different times in my life. Art was first and I spent many years developing my skill. It helped when I was a single mother and needed to buy gifts for the holidays, my son’s birthday, or would have an unexpected expense. I must have had Angels watching over me because I would be commissioned to render a portrait at the exact time I needed it. My love of art has never dimmed but my focus changed to writing during a difficult time for me.

The ‘Empty Nest Syndrome’ is no myth. When my son went to Arizona to attend college, I struggled to find my purpose. Yes, I had a job which took 40 hours a week, a job that I still have and love, but I had never lived alone for any length of time. I went to dinners, parties, dances and movies with friends but my life still felt barren. My artwork had been put on the shelf due to burnout. That is when the writing introduced itself.

For some time, I woke each morning with the same idea in my head, the idea for a story. At first I thought it was annoying, I didn’t know what to do with it. One day, out of frustration, I sat down at my computer to make some notes about this idea and I can’t explain what happened. I became obsessed. I couldn’t stop writing. I wrote in the mornings before work, I would come home for lunch and write, and again after work. I would eat dinner at my computer and write until one or two am. After nine months, I had finished writing, ‘In the Rough’. That was just the beginning. I kept that unyielding schedule for the next eight years. I joined a writers group and a critique group. They helped me to stay inspired and focused. I became membership chairman of that writing group for two years which gave me the opportunity to help other writers. When Mixed Nuts hit the stores, I considered myself a real writer. I did book signings at several local stores and the friends I thought I had lost due to my writing schedule showed up at the first signing and bought every copy in the store. It was a magical time.

Music? Well, that came at a time when my Angels knew it would be needed too. I was at a Christmas party in 2005 and a friend of mine who played guitar in a band coaxed me up to sing White Rabbit by Jefferson Airplane. I was very nervous because my nature is to fly low under the radar and be seen but not heard, but I did it anyway. The next thing I knew, I was setting up a schedule to rehearse with them. We played at local venues and parties and it was fun and seemed to be exactly what I should be doing at the time. In February of 2007, tragedy struck my life. My son died. I floundered for months, felt nonexistent and even considered joining him.

Without music in my life I may have followed up on that idea. I work for a well-known musical company that has conducted much research about how music affects your mind, body and spirit. I didn’t realize it at the time but it was the music that saved my life. In fact, I only felt alive when I was singing. In 2008, the band found a keyboard player to join us. I was immediately attracted to this man which scared me because I hadn’t been involved in a relationship for many years. Again, I had to overcome my fears and today that keyboard player and I are married. We write and record music together, we released a CD last year, as well as perform in our own band. My son had a daughter who is now ten years old. We have discovered she is a wonderful singer. My husband and I have written a song for her to sing and we will be filming a music video of her next month when she comes to visit. Perhaps music will lift her up as well. She misses her daddy and I miss my son.

I don’t have a favorite art. Each has appeared in my life at the time it was most needed. I don’t shut the door on any of them. I feel they all lie waiting for the next time they will be called upon.

How much time do you get/dedicate to write each day?
I try to dedicate at least an hour or two per day depending on my schedule.

Do you have an agent?
No, but I sure would like to have an art, literary, music agent.

How long have you been writing?
Twelve years, give or take a few months.

Were you published by the first publisher you submitted to? If not, how long did it take for that first acceptance?
Heck no. In fact, I entered ‘Initials for Murder’ in a novella contest.  I thought I was dreaming when the publisher called me and asked if they could remove it from the contest and publish it instead. Wahoo!

Once accepted, what were your responsibilities?
I was assigned an editor and the review process began. Often a new set of eyes can reveal small holes in your plot, or in my case, much needed punctuation corrections. This process can take weeks. The publisher helps to advertise but the lion’s share of marketing falls on the writer’s shoulders. Book signings, speaking engagements, and Internet interviews must be arranged by the writer.

How much time was there between being accepted and being published?
It depends on the publisher’s schedule. Sometimes there are several books scheduled to be released and they are prioritized at their discretion.

How do you deal with personal doubters?
Hmmmm. I grew up with very critical parents. It created a lot of fear but strangely, it also acted as a fuel to overcome my fears. Criticism simply fuels me onward today…watch my smoke. Of course, I don’t spend a lot of time with personal doubters and some of my worst critics live inside my head. I just keep doing the next indicated thing, put one foot in front of the other and remember to breathe.

What kind of books did you read when you were growing up, if any?
I read a lot of Mad Magazine, comic books and of course the books assigned in school. I became a great fan of Jack London which is odd because the writer’s group I eventually joined was founded by Jack London.

Are you a traditional type of writer (paper and pencil) or do you use your computer to write?
I love my computer but I keep notebooks all over the house. You never know when your muse is going to whisper a good idea for a plot, dialog or title in your ear. I no longer believe myself when I think, that’s good, I’ll remember that. I simply write it down. Most of my notes have to do with humor. When I take the time to go through my notebooks, I usually end up laughing and grateful that I didn’t rely on memory.

What suggestions do you have for beginner writers trying to make their mark?
Enter contests! They are often the vehicle necessary to move you forward and offer wonderful prompts to keep the creative fires burning. Join a critique group. Writers helping writers is a great way to improve your skill. Write for the love of it and honor your inner wisdom. Never give up. There is a reason you are compelled to write. It is for your benefit or someone else’s, just keep writing.

You can read more about Venita Louise’s writing at www.venitalouise.net.
Her music website can be found at www.meridian-whitesmoke.com