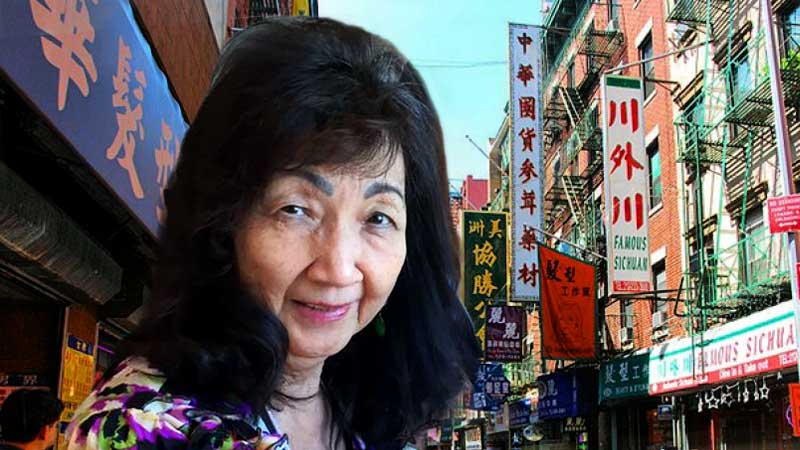 Born and educated in Vancouver, B.C., Valerie Lee moved to the United States after she got married where she has lived most of her life.

Her Great-Grandfather Reverend Chan Yu Tan was ordained as a Minister of the Methodist Church in Canada in 1923.  She learned early how to recite prayers in Cantonese when Reverend Chan Yu Tan officiated at the Chinese United Church in the late 40s.  She grew up in Chinatown, so the subject of most of her writings has a strong emphasis on cultural awareness about the Chinese community.

Valerie never thought about writing professionally until the death of her firstborn son triggered something deep within her.  From that devastating loss, her first article, “Why won’t anyone help my baby?” appeared in True Story Magazine, April Issue 1988, Volume 138.

After that, in the 1990s, while balancing life, friends, family, and goals, many Asian American Magazines appeared on the scene.  She wrote articles in (Voices) Vancouver Sun, Vancouver Chinatown News, Asian Week, Asian Pages, and Valerie especially enjoyed working for Shi Kagy, editor of the popular, glitzy Face Magazine.  She had a short stint as a reporter for the Los Gatos Weekly where she interviewed many families for their newspaper.

After many rejections and no luck finding a book publisher, in 2007 Valerie created her first historical novel, “The Jade Rubies,” a compelling story of two young sisters, Sulan and May, sold in China as handmaidens and taken to Vancouver, Canada in 1915. The girls learned early on how to survive in a strange, new, grown-up world and eventually are reunited with their Mother and Aunt after they learn the shocking secret behind the dangerous man who had enslaved them.

Valerie intends to attract readers to her books.  She believes readers should like the characters in the book, feel their pain, their plight, their desperation, their helplessness and the one thing that tugs at their heartstrings is the love of family and needing that bond that ties them all together.

In 2009, She published her second book, non-fiction, “A Long Way to Death Row, from many years of candid interviews with Charles Ng.”  Valerie had many face-to-face visits with him over two decades and provided deep insight into Charles, his personality, his fears and how Chinese upbringing influenced his life.

To this day, she still keeps in touch with him in San Quentin where he is now on death row after he was found guilty of 11 murders in San Francisco with his friend Leonard Lake.

For cover art designs of both books, “The Jade Rubies, and A Long Way to Death Row, Charles Ng” Valerie chose her friend James Lee, who had his own ad agency in New York to create them.

Editing of her books was done by various writers who critiqued many chapters, then she turned the manuscript over to her Agent, Carol Zimmerman of the Von Raesfeld Agency in Las Vegas who checked it again to get it ready for publication.

Valerie chose self-publishing only because she realized that time does run out and no one can wait forever for a publisher.

As a child, she read all kinds of short stories and fairy tales, and then as time went on, romance novels from Rosemary Rogers, Patricia Matthews, and others, but Valerie’s favorite books are by Sidney Sheldon.

Valerie considers a good read one that usually hooks her by the first three pages which she tried to do with “The Jade Rubies,” but today it seems most readers are fascinated by specific subject matters – one important issue, human trafficking, which is in this book.

She now finds herself drawn to certain topics like bullying, abuse, and selling human beings, which she talks about on her blog.  She also writes about the Chinese American experiences, the Chinese Zodiac, Chinese superstitions, beliefs, and lifestyles.

Trying to draw or get readers to either of Valerie’s books or her blog has not been easy.  At first, she gave teas and meetups and invited friends, but as time went on, she went one step further by having luncheons in Chinese restaurants with some local talents like singers and bands to make the event much more entertaining.  She promotes and sells her books on Amazon, Facebook, and LinkedIn and has a blog.
You can find all of Valerie’s articles on Angie’s here.

Currently, Valerie is working on two books, family stories about Vancouver Chinatown and her current novel, “The Vancouver Chinatown that I knew.” This soon to be released novel centers around life, secrets, corruption, and gambling in the 50s.  She hopes to finish it this year – the Year of the Rooster.

Andrea Anderson Dec 26, 2021 0
How to Choose an Editor I think we agree that to be a writer, one must write, write, write … right? As time goes…
Featured