Sean Costello was born in Ottawa, Ontario, in 1951, where he grew up in a neighborhood called ‘The Glebe’ in a time when Brylcreem ruled, and cars were two-tone and built to last.

He spent the sixties in buffalo-hide sandals and bell-bottom jeans, playing drums and dreaming of becoming the next John Bonham. 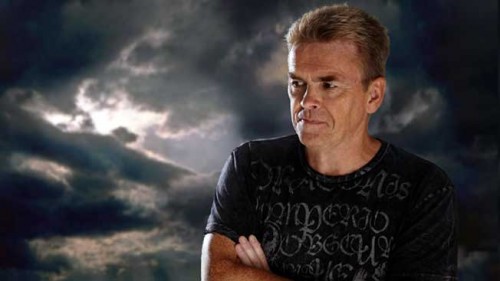 I’m a full-time anesthesiologist, born and schooled in Ottawa, Ontario, and currently living in the mining town of Sudbury. I put myself through university playing drums in various bands. I didn’t start writing until after I’d finished my residency, in the late 80s.

My first published pieces were short stories in small press magazines, and then I sold three horror novels to Pocket Books in New York. Due to the time constraints imposed by my day (and night) job, I failed to meet Pocket’s book-a-year requirement and decided to publish my subsequent four novels with smaller presses, which I actually prefer to the constant pressures of the bigger houses.

What themes does your book explore, and is there a particular feeling or experience that you wish to evoke in the reader?

I work in two distinct genres, Horror, and Thriller, less by design than by simply being canny enough to accept whatever the muse has to offer. The importance of Family is a recurring theme in my work, but because I write primarily for the fun of it, I try to bring that attitude to the writing. In any given novel, you’re apt to find action and frights on one page, and a good ole belly laughs on the next.

What I’m really trying to bring to the reader is a story they can’t put down, and when somebody tells me they’re annoyed with me because they started reading one of my books at bedtime and stayed up until four in the morning on a week-night to finish it…well, then I feel like I’ve done my job.

Did an actual person, artist, or genre influence you?

As a reader, I was a very late bloomer. To be frank, as a young man I considered reading a waste of time. It was my dear old Ma who finally convinced me to tackle a novel, and I ended up having such a great time reading fiction that I thought it might be fun to take a shot at writing something of my own. Some of my strongest influences include Elmore Leonard, Stephen King, and Thomas Harris.

I’d have to say that, like most writers, the development of my individual style was an evolution that found its beginnings in the works of my influences. In preparing my earliest titles for digital publication—in other words, fixing up the things that have embarrassed me since the paperbacks first saw print—I was able to pinpoint exactly which authors I was reading at any given time in the progress of my novel…supporting the adage that imitation is the sincerest form of flattery.

Truth be told, it was probably book number five before I finally settled into what I think of as my own voice.

But even now, if I’m writing a thriller, I’ll fall quite naturally into a lean, dialogue-driven style I’d attribute mostly to Elmore Leonard, and if it’s Horror, I find myself working a broader, more King-like canvass.

As much as I’m a fan of the written word, I’d have to say that I’m an even greater fan of motion pictures. I’ve written almost as many screenplays as I have novels, and two or three of my books were actually derived from those screenplays.

My current effort, Last Call, is another example. Several years ago, I got a pretty sick idea for a serial killer movie and wrote a one-hundred-page screenplay in under a week. Like a lot of my stuff, it ended up cooling its heels in a cardboard box somewhere, only to be unearthed during a recent renovation.

So I gave it a read and thought, Hey, this ain’t bad. I’m about thirty thousand words into it now and having a blast. As a side note, three of my screenplays have been optioned to film—one of which is still in place—but so far, no movie. Frustrating business, that.

Thank you, Paul. I appreciate you getting in touch.

It Takes Both the Sweet and the Sour