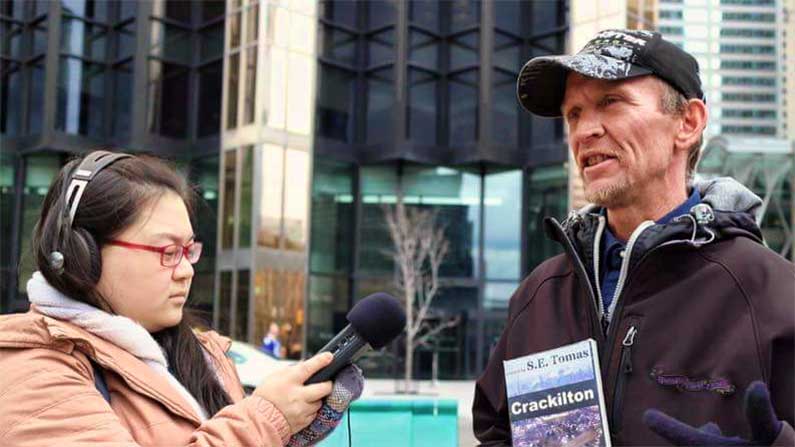 S. E. Tomas is a forty-year-old panhandler in downtown Toronto. His current book ‘Crackilton‘ was based on his experiences with crack addiction.

I’m from Edmonton, Alberta. I was a carnival worker for twenty-two years before I wrote this book.

What themes does your book explore and what do you hope the readers will take away from the experience?

Basically, by reading this book, I hope that the readers will gain a better understanding of how a crack addict really thinks.

What prompted you to be an author and did you have a specific inspiration in mind?

I never had any plans of being an author. My current girlfriend, who edited this book for me and who the character Christine is based on, is the one who urged me to write this book. When I came clean with her about my crack addiction, she thought that the story was unique–especially in terms of how I supported my habit–and that it would make a good novel.

Tell us about your book and what inspired you.

In ‘Crackilton,’ which is my first novel, the main character, Jim, who’s based on me, hides his crack habit from his girlfriend. So not only is this a story about drug addiction, it also shows the types of behaviours that a crack addict exhibits when he’s hiding his drug use from his significant other.

About the Zika Virus