For the majority of my adult life, I had been into reading mystery/suspense thrillers. My favorite author at the time was Mary Higgins Clarke.

I read so many of her books since I was a teenager in addition to other authors that wrote mysteries. Then I grew tired of that genre and switched to chick-lit (chick literature). The intrigue of this new genre I discovered defied the common belief not to judge a book by its cover because I literally did the contrary. 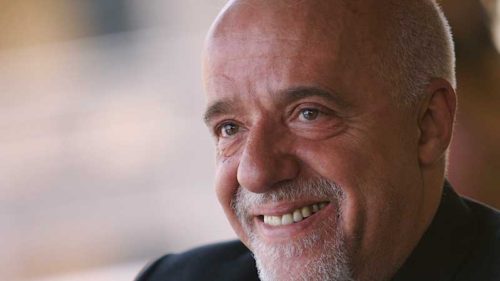 I have many fond memories of going to Borders bookstore with my mother. We would spend all evening there and hang out in the cafe’ part drinking coffee and reading. My mother is an avaricious reader like myself; you might say that I caught the bug from her. My mom would always buy me a new book at the bookstore; it would always be complete with a bookmark. She would buy me a new book every time I was done reading the previous one.

There was the rack of so many eclectic bookmarks to choose from. It is so sweet reflecting on how my mom showered me with more love with the final touch of a bookmark. She would sometimes surprise me with one once she checked out the book or tell me which one I liked. Sometimes when I move or pack my stuff I haphazardly see her bookmark in a random place. It symbolizes my bond with my mom.

One summer night I was scanning the book section at Borders, and there stood a new book staring me in front of my face: Bookends by Jane Green. I had never heard of Jane Green before, but the cover reeled me in. It was a realistic and ordinary looking cover, it looked like anyone could’ve snapped it on their iPhone and pasted it on the front. It was a picture of two people’s feet underneath the table. Well after I scrolled through the synopsis, I was sold.

Subsequently, the book met my expectations of the material value I placed on it. I loved it. That was the beginning of my journey with chick lit. I read so many subsequent books by Jane Green and loved every single one the same. Her books were always set in London, England because that is where she is from. My imagination got the best of me as I read her clever stories starring everyday women with everyday issues. The way she described the setting of London and the different dialect of English Brits use captivated me. She set the stage for my strong desire to visit Europe. That subsequently led to my new world of chick lit. After reading countless of these types of books I realized I was no longer interested in reading fiction.

I wanted to read something that really happened. I didn’t care if it was a memoir, biography or autobiography; as long as it was a true story and I would be fascinated to want to find out what it is about. The first memoir that opened a new door for me was Glass Castle by Jeanette Walls. This memoir gained so much popularity and good reviews that a decade after I read it it is now a movie. I loved the book so much. That subsequently led me to read other non-fiction books that I enjoyed just as much such as Unorthodox, Brain on Fire and Sybil. I still love read to read this type of genre.

I don’t know how it began or what drew me to this new avenue I have discovered, I am not even sure what this category is even called but I will call it spiritual. Since I started reading material about the law of attraction mostly thanks to Rhonda Byrne, I have been following other people who are on that same path. One of them was inserting quotes from The Alchemist. I have always heard of The Alchemist and knew it was popular and legendary but had no idea who wrote it or what it was about. When I found out it was written by Paulo Coehlo, it sounded familiar because I have posted a lot of his quotes on my blog; I found his beliefs inspiring and true.

For some reason in my mind I perceived The Alchemist as being boring and dull; a subject that would just not interest me. I think it’s because I have a habit of judging a book by its cover; literally. To be honest I wasn’t as enthralled with it like everyone else made it out to be. I thought it was interesting and unlike any other story I have read before, but I would definitely not call it one of my favorites. I loved one of his famous excerpts people use from his book which is, “When you want something, all the universe conspires in helping you achieve it.” I loved the moral of the story and the meaning behind one these very famous quotes.

I did enjoy the moral of his story and the underlying meaning of this famous quote. He piqued my interest in reading some of his other novels. Subsequently, I read Adultery

(which I posted a review on my blog before) and Eleven Minutes. I have never read anything quite like it! Adultery told a tale of a realistic story that could happen to anyone. Paulo has a genius way of making you feel like you are feeling what the main character is going through. Eleven Minutes told a tale of prostitution in Brazil and that is based on true events. Paulo Coelho had wanted to write about something sexually explicit and while he was doing a book tour, a prostitute approached him at the hotel he was staying at. She had told him all about the unconventional job she has in Brazil; this was uncanny because the wheels were turning in his head to write something of this nature.

So thanks to this woman and other women in her position he wrote Eleven Minutes. I don’t know what genre he considers himself to be part of, but I think of him as being in his own category by himself. I love how he adds excerpts of his spiritual beliefs. I am a spiritual person, not a religious person. I do not identify with organized religion, and that is what I find so endearing with Paulo Coelho. He is unique because he does not add religious excerpts from the bible like Christian lit does. All of the quotes that I have been collecting of his and emphasizing in my blog is what he writes about in his stories. I love that in his stories instead of adding religious texts, he adds what he believes about the universe and law of attraction.

I am mesmerized that these stories are written by a man and not a woman because they are sexually explicit in nature and based on a woman’s mindset. It reminds me of the pre-50 Shades of Grey days (before this book series/movie) came out. His beliefs that make up the majority of his content resonate with me. For example, there was a part in Adultery that struck a chord with me: “You don’t choose life; it chooses you. There’s no point in asking why life has reserved certain joys or griefs, you just accept them and carry on…We can’t choose our lives, but we can decide what to do with the joys or griefs we’re given.”

It was almost as if Paulo Coelho was directly speaking to me and helping me. That is a major part of the moral dilemma I continue to face. Why do I have these obstacles in my way when I did not choose them in the first place? I did not choose my family or my situation I was born in. I found it uncanny that the quote I had formulated in my mind is similar to the one he wrote in Adultery. I also admire the way Paolo realistically writes these stories; they are not convoluted like Hollywood movies are. Bravo Paulo Coelho, you are my inspiration.

Alan Place May 7, 2012 0
Two Minutes to Sell Whether selling hardback/paperback or ebook we have only a short time to get that sale. This…
Publishing