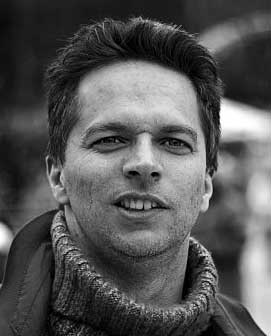 Paul Collins, the author of Mystery of Everyman’s Way and Mack Dunstan’s Inferno, agreed to answer some questions for me. With his permission, I share both the questions and answers with you.

I am curious, after the review I gave Mystery of Everyman’s Way

, why did you want me to review your new book?

I have a sense of humor about things. When I read your review and saw you did not understand the book, or you got confused, I chuckled, knowing very well that I scored a major 5 star review from Midwest Book Review.  It was a big-time honor to have them review that work and it set the tone for the other reviewers. I feel books should not be written to amuse or entertain, but to ask questions–play with people’s minds.

You said you wanted to use Charlton Heston’s name but could not get permission to do so. I did notice the names of several other famous people throughout the book. Did you have to obtain permission to use their names? If so, how hard was this to do?

Originally, the manuscript was called Charlton Heston’s Inferno.  It was inspired by Bowling For Columbine, where Michael Moore challenged Charlton Heston on his role in promoting guns in the face of youth violence.  At that time, I began to read Dante’s Inferno.

Through chance or quirk of fate, I decided to take a chance and write an updated Divine Comedy. iUniverse was keen on getting the Heston Family Estate approval, but everyone else they chose to ignore.

Very good question. A while back someone mentioned to me about the Bowery Boys movie franchise.  I saw it and could not believe that this part of Hollywood was forgotten. I mentioned one of their names to keep their memory alive. I did the same for others.

Other times, I inserted Hugh Hefner, Heidi Fleiss, JK Rowling, or Bono.  We put all these celebrities on a pedestal or throne and worship them in a 24 X 7 cultural daze.  I wanted the reader to see them in a far newer light, in the middle of an adventure, in the underworld and with no makeup!

Each level of hell was mirrored from Dante’s Inferno.

How much research did you do for Max Dunstan’s Inferno? What did you discover during your research?

This idea grew from me reading the book/ watching the movie What Dreams May Come. I also looked at the Upinshads

, Dr. Paul Brunton, The Book of the Dead

and The Rama Epic, both retold by William Buck.

In Mack Dunstan’s Inferno, it is said that people go to hell because they cannot forgive themselves. Is this something you believe or is it a belief you found in another religion?

Somewhere in 2003, I needed a way to release stress. I started simple breathing exercises. I went to Hari Krishna Temple, was amused with their attire and chants, went to a splinter group, and was not impressed. I went to the Kabula, even researched the vipassana, before settling on Sahjay Yoga.  I have always been drawn to Eastern Thinking.

Nothing lasts forever. Saying life ends and we face heaven and hell is over the top. I feel death is an illusion and reflects our life. For example, if we sell illegal drugs all our life, die, we will face and experience all the pain the drug abuser felt in his/her life.  I still feel my philosophy is evolving and is not for everyone.  Some people are conventional by nature and that road is best for them.

A prolific reader and writer, Lisa lives in the beautiful foothills of the Appalachian Mountains with her husband, four dogs, and eight cats. She was born and raised in Kentucky, but after she was married, she moved first to Texas, then to England, and finally to California before returning to her home state.

Right after she was married, she took the course How to Write for Children, from the Long Ridge Institute for Writers. Many other writing courses, among them How to Think Sideways, taught by Holly Lisle, and a comprehensive writing course from The Writer’s Bureau in England, have helped her to develop her skill in writing. Lisa has also worked with children, teaching at a private school in Kentucky for a total of three years. She also homeschooled her two children until they graduated from high school.

What taught her the most about writing was the almost four years she spent writing for BellaOnline as their Fiction Writing Editor. She wrote at least one article a week for them, and had the chance to review many different books and interview the authors. While she was there, she also worked as an eBook mentor and with the fiction writing team for their magazine, Mused. Now she is the editor of three sites at The News in Books - Fiction Writing, Gallery of Horror, and The Realm of Reading.

Reading and writing continue to be passions of hers. She has written one children’s book, Buck & Katie’s Ginormous Adventure in the Sea of Grass; one horror novella, Softly and Tenderly; and one reference book for writers, Confusing Words A-C. She is currently working on her next children’s book and the next reference book for writers. She is also expanding Softly and Tenderly into a novel and working on another novel, Whisper.

Editing is also a passion of hers. She works as an editor for Edit1st and is a lead editor at Silver Tongue Press. Even though Lisa is an editor, she is smart enough to have others edit her books for her.

It is hard to believe that Lisa has any time left for a life after all of this, but she is a mother, housewife, and grandmother. Her two children are grown and have blessed her with three beautiful grandchildren. Her culinary talents, which are put to use when she doesn’t have her nose in a book, are used to appease her very patient husband.