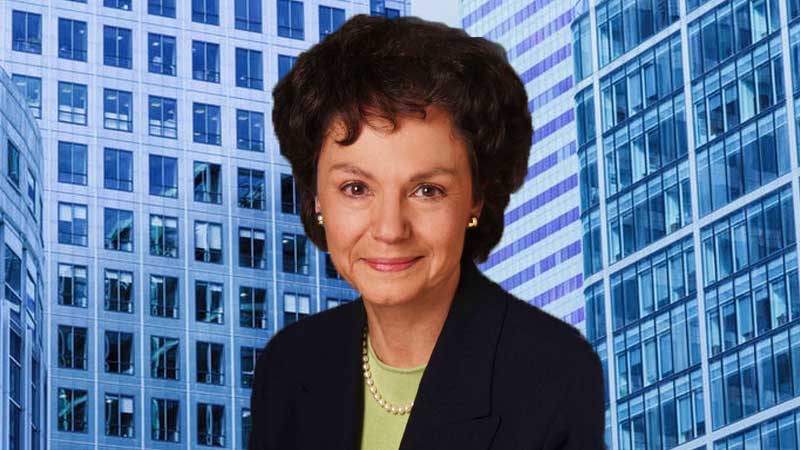 I have been asked by interviewers why I write novels featuring crime in a corporate setting. My response is that just as Agatha Christie set her mysteries in a country estate, ship or train, a business is also a closed universe inhabited by a cast of characters given to all manner of foibles and undertaking actions both good and evil. As for featuring strong women as protagonists, I believe we see the world differently. Even our speech is more specific.

It is the world I lived in during my career in public relations in both corporate and agency settings.

It was a life during which I met and worked with women who were ahead of their time. They founded businesses, headed up corporate boards and were driven by a strong belief in their capabilities, making their own opportunities, and working toward realizing their goals. Not feminists, but strong intelligent people who polished their skills and through dedication and hard work succeeded.

On a personal note, I had an unusual upbringing. I was taught that I wasn’t limited if I didn’t limit my horizons. As such my parents raised me as a person who happened to be female, therefore my viewpoint is more that of the glass half full. They also opened my eyes to see the truth that the world is not fair, and not everyone will like you. However, if you find a career you love, keep your skills sharp and work hard, you will succeed. Just keep on keeping on.

My debut novel, CEO follows a woman tasked with transitioning an aging business to developing new revenue streams thereby strengthening it for future growth. The idea came about while I was a manager of corporate communications, going to Fordham for my MBA at night, all while traveling for my job.

There were no women CEOs and I wondered what it would take for one to succeed in the all-men club. Where would she have learned her skills? Would she lead differently? Would she succeed? What would she have to give up? And, in the end, was it worth it?

My second novel, ASAP –as soon as possible– came about by witnessing upper management women balancing demanding careers with personal roles of wife and mother. ASAP takes an already tightly scheduled woman’s 24/7 life, and ups the pressure with a threatened theft of her company’s priority technology.

Already overly scheduled, this co-founder of a technology company is married to a Wall Street attorney and mother of a preteen son and daughter. Now as she pursues the thieves, tries to deal with her family’s problems, and runs her business, she becomes stressed to the edge of her capabilities, forcing her to place herself on top of her list of priorities. Without an internal balance, she learns she won’t be able to meet the needs of either her business or her family.

TBD –to be determined– follows a younger woman reporting to a paranoid older female boss (I’ve worked for 4) and upon deciding to quit is asked to help the CEO of her company resolve a corporate crisis. With her boss away on vacation, she jumps at the opportunity thereby becoming involved with a small group of insiders bent on finding a blackmailer, restoring embezzled funds, and protecting the reputation of a threatened executive. Would this assignment get her fired or restore her career? http://amzn.to/2oItKmw

My just-released novel – FYI – An Unintended Consequence. The story of fake news terrorizing Taryn Cooper Walsh, managing partner of 4G investments. Each mysterious mailing contains increasingly vicious lies all suggesting that Taryn is running an unethical firm…a firm she founded with three women she has known since grade school, and a silent partner.
Supported by her husband, Taryn searches for the source of these fallacious clippings before they are leaked and destroy her reputation along with the trust of investors in her firm.

As the news clips continue to arrive and escalate in libelous claims, Taryn becomes physically ill, blaming it all on her increasing anxiety and inability to find even a clue to the person behind these attacks.
Melissa, a longtime business friend of Taryn’s, hires a dubious contact to shadow Taryn and make sure she remains safe.
Who would want to destroy Taryn, 4G Investments, and its partners? Was it a disgruntled investor? An unethical associate? A competitor in the highly charged hedge fund world?

This is a tale of a seemingly innocent incident fueling one person’s plot for revenge
Can you work it out what’s behind it?

I had been in grad school when I wondered if instead of focusing my career ambitions toward a corporate vice president position, what if I wanted to be the chief executive officer of a company – where would I have learned the skills needed to be an outstanding corporate leader, what kind of leader would I be, and what were the costs of aiming for the pinnacle of corporate leadership? Hence, the “what if” became my first novel CEO. The enjoyment of the process of creating this story was to be able to make the real world come out my way.

Which writer influenced you the most and why?

Tom Clancy’s early novels fascinated me because it introduced me to a world – the military – that I had no experience with. Each fast-paced novel presented tactics, armaments, criminal puzzles, and hero’s that kept me turning pages. Today, I try to incorporate information on a topic that might not be widely known, amid a criminal puzzle of page-turning pace.

I want to understand the characters and watch them grow and change due to the circumstances presented in the story. The fulfillment of a character’s personal goals encourages me to keep looking forward in my own life.

I am fortunate in that having retired from the corporate world I can schedule my writing into my daily responsibilities. But that discipline stays with me when I sit down to my daily task of developing my current projects.

I write about strong women balancing dynamic careers with the challenges in their private lives. By placing each novel in a company – like Agatha Christie who used a ship, train, or country house as a setting – I have an environment with its unique culture, protocols, and personalities. It is into this setting that I place my mystery or crime and watch the protagonist’s growth as she resolves the issues impacting her life.

I had been listening to the financial newscast on television and heard that there were no women heading up a hedge fund. That piqued my curiosity and I decided to create a novel about women running a hedge fund. Who knew when I began this novel that Fake News would become an issue. However, I chose this device to terrorize Taryn Cooper Walsh, the managing partner of this firm. FYI – An Unintended Consequence examines the discipline and focus of one woman fighting to resolve the criminal actions before they destroy her reputation and that of her firm.

Fake news terrorizes Taryn Cooper Walsh, managing partner of 4G investments. Each mysterious mailing contains increasingly vicious lies all suggesting that Taryn is running an unethical firm…a firm she founded with three women she has known since grade school, and a silent partner.
Supported by her husband, Taryn searches for the source of these fallacious clippings before they are leaked and destroy her reputation along with the trust of investors in her firm.

As the news clips continue to arrive and escalate in libelous claims, Taryn becomes physically ill, blaming it all on her increasing anxiety and inability to find even a clue to the person behind these attacks. Melissa, a longtime business friend of Taryn’s, hires a dubious contact to shadow Taryn and make sure she remains safe. Who would want to destroy Taryn, 4G Investments, and its partners? Was it a disgruntled investor? An unethical associate? A competitor in the highly charged hedge fund world?

This is a tale of a seemingly innocent incident fueling one person’s plot for revenge.

The challenge of this particular book was to show women in a highly charged financial environment and how they speak and react differently from the often featured boorish, loud, and aggressive males in similar stories.

While I work with an editor, this is the first book I sent to an editor for editing of grammar/spelling/punctuation/typos. I must say that while there weren’t too many errors, those caught made the manuscript more professional.

This is also the first book I submitted to a well-regarded designer working with the Dublin Books Go Social organization and the results, I feel, are more professional than those of my previous book cover design. As for publishing, I work with Createspace, and as in the past, they have supported my efforts to publish both paperback and eBook of professional caliber.

After trying to get the attention of traditional agents and publishers, I realized that I am writing an entirely new category of women’s mystery…one set in a business environment. The impression of many is that corporate business is evil. Having spent my career in business I personally found it to be an exciting environment of creativity and dynamic personalities and wanted to share those characteristics of women I admired and had the pleasure to get to know.

Since traditional publishers are increasingly requiring authors to do their own marketing, in addition to paying meager royalties, self-publishing has been my preferred option…and will probably continue to be as I gain an audience of readers interested in my work.

The best way for readers to get in touch is on my website Patricia Gitt: pegpublishing.com via the contact form.