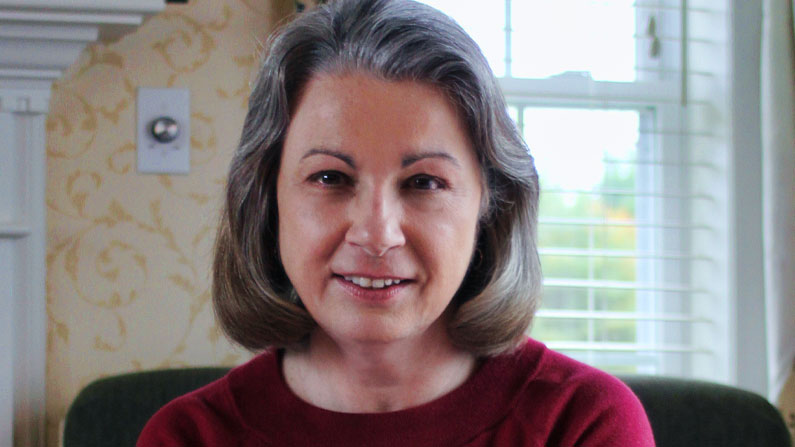 Pat McDermott tinkers with history to write romantic adventures set in an Ireland that might have been. The latest, A Pot of Glimmer, is a young adult novel whose magical cast includes leprechauns.

Tell us about your background.

I grew up a city kid, the oldest of seven, in the Mission Hill section of Boston, Massachusetts. My maternal grandparents emigrated to Boston from Ireland in the early twentieth century, and I was fortunate to have them both in my life until my son and daughter were born.

My kids are grown and married now, and I’ve moved north to New Hampshire, where I live near the seacoast with my husband and three Tonkinese cats.

I enjoy writing, cooking, hiking, reading, and traveling, especially to Ireland. All of my books, the Band of Roses Trilogy, the three Glimmer Books, and a contemporary romance entitled The Rosewood Whistle, are set in that inspiring land.

I hope to give readers entertaining escapes to places they’ll enjoy visiting. My Band Of Roses Trilogy serves up a modern Ireland that might have been if High King Brian Boru had survived the Battle of Clontarf in 1014.

My Glimmer Books, which I like to call Adventure for Young Adults of All Ages, add magic to this “what if” Ireland, courtesy of the Fairies. For A Pot of Glimmer, two teenage mortals again encounter members of the Tuatha Dé Danann, this time, a team of leprechauns.

If I’ve done my job well, readers will leave the story wondering if these special beings just might be real.

I’ve been creating stories for as long as I can remember, inspired not only by the wonderful storytellers in my family but also by the fairy tales and myths I read. Most compelling for me were two O’Brien aunts who were fervent Irish history buffs.

When I was a little girl, they gave me a copper statue of Brian Boru and said he was our ancestor. Whether he was or not, it’s a lovely thought, having a king for an ancestor. I wanted to learn more about him.

Everything I found said how sad it was that he perished during the Battle of Clontarf, as Ireland would be a very different place today if he’d survived. Several years later, I finished writing my first book, A Band of Roses.

If you could compare your book to any other existing works, which ones would they be and why?

A Pot of Glimmer is a modern fairy tale, one that requires a suspension of disbelief and a willingness to venture into places both scary and wonderful. There are many such tales that incorporate the classic combination of danger, adventure, and magic. Peter Pan, Alice in Wonderland, and The Wizard of Oz are a few great stories I can only hope to emulate.

As I’ve mentioned, A Pot of Glimmer is the third novel in my young adult “Glimmer.”
series.

Each book spotlights a branch of Ireland’s fairy clans. King Finvarra played a lovable villain in the first book; water fairies living beneath a lake caused inadvertent mischief in the second. The Leprechauns’ turn had come. In Brian Boru’s time, my leprechaun hero, one Awley O’Hay, is a fledgling leprechaun.

As war with the Vikings looms, Awley and his patriotic pals rob a mint in medieval Dublin to help King Brian finance that war.

Awley’s exploits follow him into the twenty-first century, involving teenagers Janet Gleason, whose grandfather is the American Ambassador to Ireland, and Prince Liam Boru, whose father is the King of Ireland. Janet and Liam’s budding romance has suffered because of the Fairies, and the undead Viking monster stalking Awley doesn’t make things easier for them.

Excerpt: Janet’s online search for Draugrs came up with different answers, none of which made her feel warm and fuzzy. A denizen of Norse mythology, a draugr was an evil, undead, shapeshifting creature with superhuman strength. It left its grave to terrorize and feed on men and cattle.

The word seemed to have evolved not only into a dragon but according to some theories, into Dracula as well.
A freaking vampire!

Bottom line: Awley had buried a Viking vampire near Deerfield House, and Becula had cast a spell to keep it there. She and her leprechaun friends were moving it somewhere else so Gramp could have his golf course.

Janet’s next search turned up few defenses against a Draugr . There wouldn’t be many, she thought. If there were, Becula would have employed them. She wiped the clammy palms of her hands on her jeans as
she read: A Draugr can only be slain by beheading. The corpse must be burned and the ashes thrown into the deepest part of the sea. Had she been cast for life in a horror movie?