Born in the post-war era of 1947 and raised in the farm country of upstate New York, M.F. Burbaugh saw ground-level life and death.

Joining the Army in 1966 and spending almost two years in Vietnam, he added to that grounding of reality. After 21 years in the Army, he now resides with his wife of forty-four years in El Paso, Texas. He is both an avid reader and prolific writer, mainly active in the sci-fi/fantasy genre. 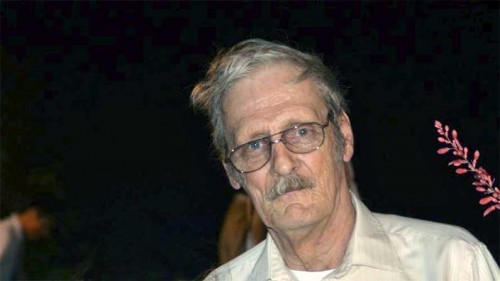 Hard to say. In school, we had to read one book per month and report on it. DC Comics and Playboy were not in the eligibility list.

Having read most required reading books often a year or more before they were required, I use to turn in book reports on non-existent books I made up. Title, author, and storyline. As time went on I actually wrote stories to go with the titles.

I think what I enjoy most is seeing where the story will go. Though I may have had a storyline planned, the characters make sure it never works out that way. I do not plot out my writing.

From the Sci-Fi genre, it would have been Asimov and A. E. van Vogt.  Samuel Clemens was a major factor on how I write, more as a free-flowing storyteller.

A fantastic Character or set of them, and a storyline that just resonates with you keeps you reading. If you can’t bring yourself to put it down it has the makings of a great story. Overly detailed books are rather dull; there MUST be room for the reader to use imagination. (IMO)

Retired Army and great wife work well for my writing. I usually get up around 2 AM and write until around 8 AM. Quiet and undisturbed, it allows me to free roam my thoughts and collect them into something coherent. Later in the day I re-read and edit as needed.

Imagination. Exercise the mind of the reader. So much today is written with no ability for the reader to inject their interpretation and allow them to get into the book as a participant rather than a spectator. Too much detail leaves no room for the reader to become part of the story. I talked to a few ‘normal’ people and found many did not want or like overly complicated and twisting plots unless it was a mystery novel so I try to keep the plots logical with a few twists and turns, but nothing earthshaking. I try to write for the average person, not the elite, or those who think they are.

I was watching a rerun of an old Sci-Fi series called Stargate SG1 and I thought, what would happen if they were stuck on a planet that had no developed sentient beings and they had no ability to return to earth? Then I started writing, and my latest book was born.

I spend hours looking through boring scientific sites and Quantum Physics sites for new theories or twists to old ones for each of my books that have science involved. Though no scientist, I try to ensure that as of the time of my writing all the ideas I use have a basic concept that is at least theoretically possible.

Remnants: A planet’s Search For History... People on the planet are about Earth’s 20th Century and their history says they were conquered by their gods called Earthlings, and their first queen was an earthling named Diboca Honor though all was before they had written.

A mysterious ice formation at the top of a mountain has a rich councilman outfitting teams to find out what is there. All have died or disappeared. His latest team finds things that can’t be but are. Doors that go to places that can’t be on their planet.

With the help of an A.I. they rescued that thinks she should look like one of the ancients called humans, events develop that could determine if humanoids of any kind will be allowed to exist in the galaxy as they encounter a race of aliens that love people. For snack food that is.

Making sure the science was in the realm of possibility based on the latest scientific beliefs or theories, from the Time/Space folds to cold fusion. Maintaining a logical timeline is always difficult in Sci-Fi as well as making sure fight scenes are realistic without being overly gory or time-consuming.

My editor for this book is Mr. G. Huntman, an author in his own right and senior editor for IFWG Publishing. He lives in Australia. The cover design is by Elizabeth Lang, who is a freelance graphic designer at EL. Designs. IFWG contracted her. She does great work and has done several of my book covers.

My understanding is at least three people, counting myself, read the final edit looking for continuity and mistakes before it goes to print. This also includes Mr. McCracken, the Marketing Director for IFWG Publishing.

What made you ultimately decide between self-publishing and conventional publishing? And will you use the same structure for your next publication?

Actually, I do some of both.

IFWG Publishing just cannot publish all the books and stories I and their other writers write and, of course, some stories do not meet what they are looking for. For example, I have 14 different books in various stages of completion from just last year to date. I have six of those ready to be edited, and I have started a sequel to this book already.

I have several eBooks done through self-publishing. For those, I have a different editor who works freelance out of Alaska and Florida (She’s called a snowbird) as well as being an editor of a magazine. She tries to keep my grammar in the realm of understanding though Grammar Nazi’s have gone to great lengths to inform me of my mistakes in the eBooks.

All through school and college, I failed or barely passed grammar. I still can’t tell you what a dangling participle is so I hire someone to edit my stories for my self-publishing, then, before I publish I manage to change enough to mess the grammar up again… not the editor’s fault.