Jules Burnett loves old B-movie monster films, the culture, and art of Asia, and childish humor and decided to put them all together when writing his new book, ‘Hetty and the Yeti.’

He also worked as a teacher and for a wildlife organisation and would strongly advise anyone against working with either children or animals. 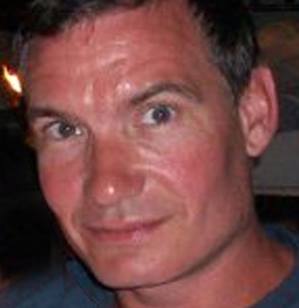 What themes does your book explore, and is there a particular feeling or experience that you wish to evoke in the reader?

The themes are about contrasts; between the wilderness Himalayas and modern-day London; the contrast between the giant Yeti and the little girl, about East and West.

I’d like it if children were swept along by the B-Movie-style adventure story while appreciating some of the jokes. To balance the humour, I included some wisdom of the far east, and I found an appropriate Tibetan Proverb to prequel each chapter.

What prompted you to be an author and did you have a particular inspiration in mind? Were you influenced by an actual person, artist, or genre?

I started off illustrating books and telling a story in pictures is easily as hard, if not harder than finding the words. One led quite naturally to the other really.

Well, I took the idea of a giant yeti who befriends a young girl from King Kong, which itself was taken from

Beauty and the Beast. But as the book was for 8-11-year-old kids, I needed a humorous character to narrate it, so I created Minky the dead Marmot with incontinence issues

Ratter is an adventure story for children aged 9 -12, set in the year 1666, during the Plague and the Great Fire of London. I’ve always been fascinated by this time in history – it must have seemed like Hell on Earth. Here’s the blurb to give a flavour of the story.

A dark shadow has fallen over London Town. As the Great Plague ravages the land, the world seems near its end. But there is one small hope in the shape of a plucky puppy called ‘Ratter.’ Mistakenly bestowed with supernatural powers, the terrier is sent on a mission to confront the wicked cause of the Black Death.

Along the way, Ratter uncovers the greatest evil ever to exist, and as London burns in the Great Fire, he comes face to face with the Devil himself.
You can find me on FB and Twitter.

Thanks for taking the time to do this interview. All the best!

You are very welcome and thank you too.