J.C. Conway writes science-fiction, romance and fantasy stories for adults, young adults and middle-grade readers. He’s a fan of great fiction that stretches the imagination, and probes the depths of the human condition. A Paul Collins Interview.

Tell us about your background. Who you are, where you are from?
I’m an attorney and a former high-school teacher. I was born in the American Midwest and raised on the West Coast. I have children and a grandchild. I believe a life should be balanced between meeting one’s own needs and serving the community. I’ve been a member of the local Jaycees, involved with youth groups including Scouts, and am the current Vice President of the local affiliate of the National Alliance on Mental Illness. I enjoy reading, music, backpacking, chess, family gatherings, and alone time, when it can be managed. My favorite activity is writing. It soothes my soul. I love happiness in others—there’s nothing more delightful. I find life mysterious in a wonderful way. I’m glad I’m here and I hope my influence, if any, is positive. 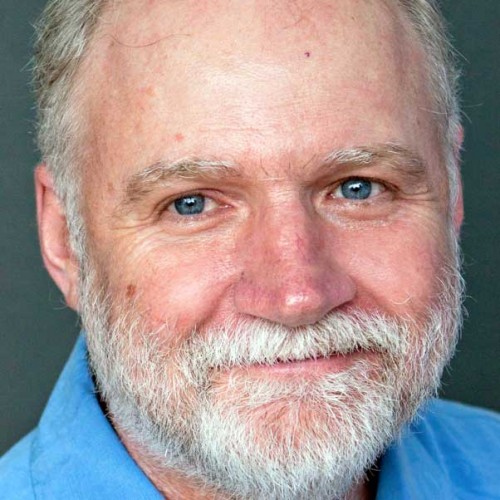 What themes does your book explore and what do you hope the readers will take away from the experience? Is there a particular feeling or experience that you hope to evoke for the reader?
That’s a tough one. I hope they love it and I hope they find themes that resonate. But sitting here today, for me, I see at least two strong themes that drove me as this story unfolded for me. First, on a personal level, it’s important to have goals, but it is equally important to control those goals rather than the reverse. Both Andrea and Daniel know deep inside they’re making choices they dislike for the purpose of meeting their goals. Those decisions take a toll, complicating their world and trapping them. To regain a fresh perspective they each must accept who they are and conform their actions to what they know is right.

In the background is an equally fascinating (to me) and related theme about certainty and presumptions. Humanity has been around for hundreds of thousands of years. Archaeologists work to find evidence of a past that long pre-dates our history. Their discoveries are often startling, and as scientists, their understanding is continually changing and it’s a struggle sometimes to keep an open mind. The artifacts uncovered by Andrea and Daniel highlight the perpetual conflict.

What prompted you to be an author and did you have a specific inspiration in mind? Did a certain person, artist, or genre influence you?
’ve always been a storyteller, and I’ve always admired writers whose tales both invoke emotion and spark imagination. I want to do that. I’m inspired by Madeline L’Engle and John Steinbeck, I’m inspired by subtle science fiction that challenges convention, and I’m encouraged by those that find something of value in my work. Great fiction illustrates humanity without lecture. If I can do that, I’ve done something good.

If you could compare your book to any other existing works, which ones would it be, and why?
More often than not, my style is described as different from most, with a light, breezy feel but a very thoughtful undercurrent. But I think I can make some strained comparisons. Stylistically, the chapters are short and the tension builds through pacing, so in that way the book is similar to many James Patterson novels, although it is considerably less sinister in plot than many. The characters are driven, with outward confidence, and continue in stride despite a sudden scientific mystery. So in that way only they remind me slightly of some of Lauren Groff’s characters, with less of her amazing and understated surrealism. You might also see similarities in tone and structure to some of Lori Wilde’s many romance novels. She has a way with deep third person that I admire.

Tell us about your latest work and what inspired you.
I’ve found the archaeological history of North America fascinating for some time, and there are continuing changes in views about the early American Stone Age. I’ve also spent some time in academic settings. So the idea of two protagonists in conflict over academic theories at a pre-Clovis site seemed natural. From there, the characters wrote themselves. Their interests, passions and sensibilities flowed directly from somewhere deep inside. Andrea and Daniel are people very alive with goals and idealistic integrity. From there, the story they uncover at their dig developed, revolving around an ancient and forgotten climate-shattering catastrophe—something Andrea and Daniel, through their work, are getting close to understanding.