Ana: Today we have Paul Collins introducing his novel, Mack Dunstan’s Inferno. I haven’t read this book myself, but Paul was kind enough to agree to guest blog about his book to any readers who might be interested in the subject. Paul, how would you describe your novel to your prospective readers? In broad terms, what is your novel about?

Paul: I am going to cut to the chase on this one. Forgive me for straying off topic, or going off on a tangent. Mack Dunstan’s Inferno was inspired by Bowling for Columbine where actor Charlton Heston was challenged by Michael Moore. At that time, I was looking at Dante’s Inferno and I found myself musing about what today Divine Comedy would feature. Instead of mentioning long dead figures of history, modern celebrities would have a place. I wanted to take subtle aim at all the celebrity literature being promoted by the 500 channel universe. Mack Dunstan’s Inferno is my reaction to celebrity gossip, or celebrity driven media culture that we have become.

Ana: I imagine Dante would have approved. What themes does your novel explore and what do you hope the reader will take away from the experience? Is there a particular feeling or experience that you hope to evoke in the reader? Essentially, do you hope your novel will mean to a reader? 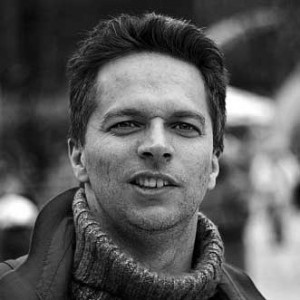 Paul: I wrote this manuscript back in May, or June 2004, and finished at the end of February 2005. At that time, I found myself reading eastern thinking. I devoured Hermann Hesse, explored Ayn Rand’s fiction, not philosophy. The Upanishads followed, including Mahabharata and Ramayana, both translated by William Buck. I find myself gravitating towards eastern thinking. It amused me when I meet people who go on about our society being run by extraterrestrials, or a more powerful alien species. Conspiracy theories have replaced the explanation once offered by mainstream, organized religions. For example, if you want the answers in 2011, you go to www.prisionplanet.com. No one ever thinks of their world being one giant illusion. I would like to leave the message behind Mack Dunstan’s Inferno — we live in a world of illusion, life is what you make it, and if you need another lesson, the smoke and mirrors after death will give it to you.

Ana: What prompted you to write this novel and did you have a specific inspiration in mind? Were you influenced by a certain author or work that inspired you to add your voice to this genre? Besides the boatloads of money and rock star fame, what motivated you to write this book?

Paul: As I said before, Mack Dunstan’s Inferno is a reaction to our celebrity driven culture. If you looked for wisdom in the 500 channel universe, you will find Oprah Winfrey, American televangelists, or investment gurus, all offering smoke and mirrors. Everyone, or everything, seen on TV, or the movies, is heavily marketed. We are brainwashed from every source imaginable. Mack Dunstan’s Inferno is today’s Divine Comedy with all the celebrities, captains of industry, and Wiseman to keep the smoke and mirrors alive. I love reading the masters of literature. If I can find such an author who wrote a book that I never heard, that is my element of discovery. I don’t find today’s fiction, or nonfiction, very interesting. Last year, I discovered the Mark Twain 2010 Autobiography and I read every page and loved it. This year I came across Alexander Dumas’ The Last Cavalier. I strongly feel today’s books have the promotion, the timeliness, but lack the substance of the previous generation. Mack Dunstan’s Inferno is my reaction to today’s 500 channel universe and celebrity driven culture.

Ana: If you could compare your novel to any other existing works, which ones would it be and why? If the one thing you could say to a prospective reader was, “If you like X, you’ll love my book!” which work would be invoked so that a reader could judge whether or not your novel is their cup of tea? 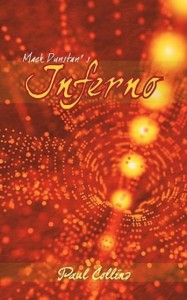 Paul: This is my fourth book and probably my last one too. I am not mainstream. If you look at Hemingway in his time, he was fired from the Toronto Star for literary incompetence. I don’t think things have changed. We have the same talented writers being paid by the media chains, offering candy coated propaganda, instead of substance. There are still lies being told in the world of politics, the media, Kitsch from mainstream publishing houses, and no melody to hum from today’s music industry. Thus, I feel my feeling for eastern thinking has reached its point and will be pushed aside for another Harry Potter book, or yet another addition to the Twilight Franchise. I am just going to be honest about it, I have nothing to lose.

Ana: Do you have any more novels planned, either as a follow-up to this one, or as a completely different novel or genre?

Paul: There are no plans for another work. I do have a satire for today’s Hollywood, but I have my doubts. I love old Hollywood, James Cagney, Humphrey Bogart, James Stewart, Alfred Hitchcock, and the original Twilight Zone. I feel everything good has been done and that is why you’ll find me reading the masters of literature and enjoying the golden age of Hollywood. As for my books, I would welcome a second edition of any of my books. I just don’t have any expectations for it.

Ana: Where can readers obtain a copy of your novel for them to enjoy? How can they contact you with any thoughts or questions? And do you have a means by which they can “sign up” to be notified when your next novel comes available?

Paul: Readers can buy my book EVERYWHERE! You’ll will find Mack Dunstan’s Inferno at Amazon, B&N, Chapters, or at iUniverse. Mack Dunstan’s Inferno and Mystery of Everyman’s Way are my best work. Prescience Rendezvous and King without an Empire were when I was an evolving author. Reach me at Facebook, Twitter, or at www.mandy.com. My web site is www.myspace.com/authorpaulcollins.

Ana: Thank you, Paul. I understand you have the first chapter of your novel available as an excerpt for interested readers at: Angie’s Diary
Continue Reading
AutobiographicalBibliophileBook of the WeekBook PromotionBook PublishingCelebritiesComedyCross-GenreCultureFiction
0
Share FacebookPinterestTwitterLinkedinReddItTumblrWhatsAppScoop ItMixMediumEmail

What Purpose Does Man Serve?