I still found numerous grammatical/punctuation mistakes throughout your book, though not nearly as many as in Mystery of Everyman’s Way. There were also some mixed-up homonyms and confused words. Does someone proofread your work for you? I do have a sense of humor about the publishing business.  I try not to take things personally, but at times it is difficult. I feel our school systems mass-produce critics, not creative types. That is my answer to that question. LOL!

Is there a specific reason you chose self-publishing over commercial publishing?

A lot of publishers kept away from Mack Dunstan’s Inferno because of fear of lawsuits. iUniverse took the chance.

Have you found self-publishing to be very profitable?

Mystery of Everyman’s Way sold over 500 copies and Mack Dunstan’s Inferno will do the same!

I scribbled always. Only when I left full-time high school did I take night school courses and got that scribble bug into me. After I dropped out of my third year at York University, where I studied literature, I took a night school course in creative writing at Ryerson University.  Author Barbara Gowdy was my professor and one-time movie producer David Brady taught me screenwriting.  When I first got published, I wrote in the three-act structure, beginning, middle, and end, much like a screenplay. My 2003 book Prescience Rendezvous was published as-is. Publish America did not proof that work, nor market it.

I felt I improved with King without an Empire. Somewhere, around that time I discovered www.ralan.com. It took eight months to write Mystery of Everyman’s Way. Vicky Kennedy, a former publisher of eTreasurespublishing.com, helped mentor on how to write a proper paperback.  Imagine a 120-page manuscript, single-spaced, every ten pages ends with a chapter. Usually, a chapter would end on a phone call, a knock at the door, or a cryptic comment. That is how she mentored me to write a paperback. That is how Charles Dickens wrote his books. One chapter a month in magazines, or periodicals, until the printing press brought the dream of books alive. I used Vicky Kennedy’s very formula in writing not only Mystery of Everyman’s Way, but Mack Dunstan’s Inferno. 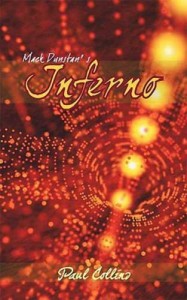 Do you plan out an entire book before writing? Do you have an outline prepared to start a book? Or do you allow your Muse to take over and possibly change what you had planned on writing?

When I do write, I have to be inspired, I have a beginning, middle, and end to it in my mind. Every once and a while, I fill in a spot, go to another spot, and keep filling in the work, much like a quilt. Writing a book for me is a lot like knitting a quilt! Ha, he Ha!

Are you currently working on another book?

No, I have taken a break from writing. A bigger, mainstream publishing house would motivate me to write full time.

Do you write each and every day? Or do you write only when you feel inspired?

No, I must be inspired. I must have an idea.

What advice would you give to writers who haven’t yet been published?