Michael Bosc is living in Spain on a Finca growing olives and almonds. He was born in London during the second world war when V1s and Land Mines were falling on the houses. He served nine years in the RAF and is married with two grown-up children. 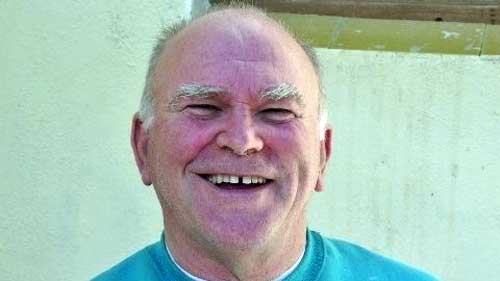 Learning to sail in his mid-forties, he sailed across the channel on many occasions visiting the Normandy coast from Cherbourg to Fecamp where English Kings are buried.

Michael has always had an interest in history and found it relaxing writing an adventure story set in the latter stages of the American War of Independence: A Soldiers Wind

His second book, A Loving Son, echoes back to his earlier life just after the war and the East end criminals, with the gangs growing, the East End criminals were finding their feet, this was Stanley’s training ground… Interesting life story, Michael, and welcome to my blog.

How did you get into the world of writing?

MB: I am retired and had been thinking of writing for some time. However, until I moved to Spain I never had the time, with sailing and other activities. But when my father-in-law died and we went back to England, I picked up the Sunday Telegraph and in there was an article by a lady reviewer. She was saying how all the books she had reviewed although good, did not contain enough sex, it was a bit like waves crashing on the beach. It was not necessary to be explicit but we all like to read about sex, so being a normal healthy male I thought, why not?

(Chuckling) I understand it was your personal interests that drew you to the specific ideas you had for a novel. Tell us about that. 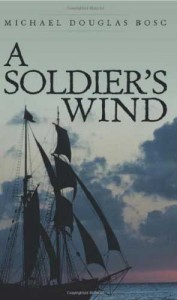 My interest is in Naval History, British or otherwise, so when I read that I thought, I could write something along those lines, after all I sailed for over 20 years. I mentioned this to my wife who said go for it, and A Soldiers Wind was born. A year later my mother-in-law was seriously ill and whilst in England (again) I decided to write about Stanley Saunders, an East-end boy growing up in London after WW2, whose mother was a prostitute who set up an escort agency. It tells of Stanley’s maturing and how whilst protecting his mother from the villains, he hones his skills as a killer, an assassin; thus A Loving Son was born.

Did your personal life’s story influence your writing – any real-life Eastenders as characters?

No, apart from the fact of my birth-date 21st October (Trafalgar Day) plus my love of history and reading naval books, no. Not even the gangs of East London were close contacts however at that time in history it was a well-documented fact that bodies were dumped in the marshes or were propping up bridges.

Tell us about your novels.

A Loving Son was supposed to be the first novel out, but Authorhouse were reluctant to publish at first as Stanley and Gillian were under 18 years. Unfortunately, the difference between the USA and England was around 2 years, but after re-writing a few bits Stanley was published. I think I am more in tune with A Loving Son because of its setting in the period of time I grew up in. There was an awful lot of bent police, gang killings, and general dodgy goings-on.

For a woman to set up a business in that atmosphere at that time was very bold. If the police were not wanting a cut to turn a blind eye to what was going on then the gangs wanted protection money so she could continue. Diane, although a prostitute, was a loving mother very fond of her only son and very protective towards him. She had her head on right and saved money to buy a house so they had somewhere to live. There is a lot more to her than you first see. I took the memories of how hard it was in London immediately after the war, with rationing, food shortages etc., and then put Stanley in the role of protector of his mother.

Strange as it may seem, once I had done that and given him a name, Stanley appeared and started to tell his story; once begun it just went from logical reactions to logical actions. What I did learn was that to Stanley there was no grey area, only black and white.

Tell us more about Stanley’s character.

He is honest in his way, does not think about when he kills, looks at it as a job pure and simple. But he does care about his mother and the girls. He is fond of them and looks after them like his family. However, after a kill he needs sex…

Oh my! Are you planning more stories in the future?

I have the sequels to both books ready to go to print, and I am working on the next ones. Plus I am putting together a wine book with a difference. I write blogs on the local ‘Cellers’ here and the superb wines they produce, but I also add their history to the story. I am not a wine snob, I say what we like and don’t like but then most people can do that. I try to say something about the people, the village or the countryside. There is so much more than opening a bottle, tasting, and writing. These blogs can also be found on Southwest Wines site, where they have been kind enough to give me my own page.

Thanks, Michael Bosc. I appreciate you stopping by and visiting with me. I know my readers will want to learn more about you, too.

Can You Feel Me?