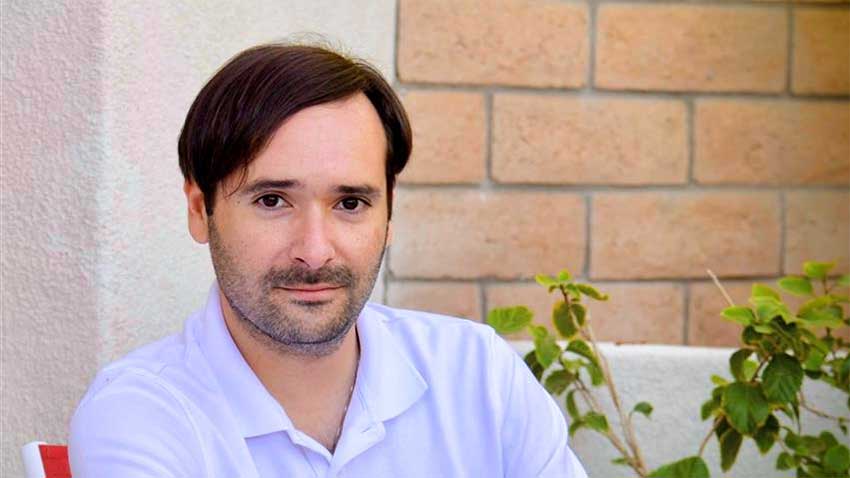 An ambitious debut work of historical fiction, ‘Josephus: A Novel,’ examines Jerusalem’s destruction in 70 C.E. by the Romans.

Tell us about your background. Who you are and from where you are.

I’m a Los Angeles native but did all my primary, secondary, and undergrad work on the east coast. I’m a graduate of the University of Virginia McIntire School of Commerce and Gonzaga University School of Law.  I didn’t like Corporate America, so I went back to school.  I didn’t like lawyering, so I pursued literature so I could sleep at night. Big water sports fan and dog lover. Pugs are the best!

I hope the reader will have some major takeaways: 1. Destruction of even a great city like Jerusalem is possible when people stop talking to each other reasonably and start using violence to further their cause. 2. I hope this inspires the reader to read ‘The Jewish War’ by Josephus, a text that was second only to the Bible in the centuries leading up to the second part of the 20th century. 3. I hope this work makes people look inwards towards their own beliefs and others’ beliefs in a positive way.

This may sound a bit Blues Brothers, but I’m on a mission from God. Okay, not literally, but I was inspired to write about Josephus from learning about him through my Jewish faith study. I was amazed when I started work on this book in early 2018 that no historical fiction on Josephus existed since Lion Feuchtwanger’s epic trilogy from 1932-42. I decided that instead of reading Lion’s work, I’d create my own modern take on Josephus, which is exactly what I’ve done.

The work is mostly historically accurate, and the crux of the story is honest to Josephus. I used Josephus’ work, ‘The Jewish War’ as an outline and turned it into a narrative with dialogue, songs, prayers, 30 illustrations, sex, and death! This novel is accessible to all and written with a motion picture in mind.

‘Ben-Hur’ has to be the first-mentioned work because Judah Ben-Hur is a fictional character created by Lew Wallace that was based loosely on Josephus’s life. Wallace even says so in his memoir. However, ‘Ben-Hur‘ is a tale of Jesus. Jesus is mentioned in my book, but the time setting is some 35-40 years after the death of Jesus, who does not make multiple cameos in my novel as he did in ‘Ben-Hur.’

Of course, people will also compare my novel to Lion’s 1932 work ‘Josephus.’ But as I still haven’t read Lion’s work, they’re entirely coincidental if there are any similarities. 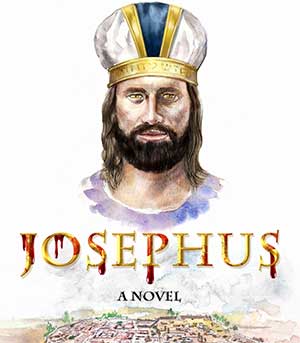 Josephus is the epic story of a Judean high priest called upon to defend Galilee after the Judeans in Jerusalem go into open rebellion and slaughter every Roman stationed in the Antonia Fortress. He is captured after a 47-day siege of the city he is protecting by Rome’s greatest General, Vespasian.

After facing death multiple times, including execution, Joseph emerges as a favorite of Titus and Vespasian due to his Joseph’s prophecies coming true. Vespasian becomes Emperor and names Joseph his adopted son: Flavius Josephus is born.

Josephus returns to Jerusalem with Titus to try and negotiate a surrender of the rebels in the city, all his sound arguments to no avail. Titus destroys the entire city, the Temple, slaughters a million people, and steals the Temple’s treasure. 100,000 Judeans are also taken as captives to be sold as slaves.

Tell us about the 36 Days of Games & Giveaways sweepstakes!

In the spirit of the games in ancient Rome, ‘Josephus: A Novel’ is partnering with ViralSweep.com to create an interactive reading experience you’ve never before seen. Between November 1st, 2020, and December 5th, 2020, you can win daily prizes for entering the sweepstakes.

Entry is free, but if you correctly answer the “Question of the Day,’ you get bonus entries towards the day’s daily prize and the grand prize drawing on December 6th for a nearly 2,000-year-old gold coin of Roman Emperor Vespasian (who features in the novel)! Daily Prize Approximate value: $50-100; Grand Prize Approximate Value: $5,000.00!

Tell us about your next work after this one.

While I only have an outline, my readers can expect ‘Satoshi: A Novel,’ which explores the criminal mastermind serving multiple life sentences in a European jail who is the creator of Bitcoin, aka Satoshi Nakomoto, soon to be the richest man in the world.