Artist Spotlight
By Merle Burbaugh Last updated Nov 25, 2021
0
Share
I am bringing back to Center Stage someone we had met before, but this time with a new book The Bounty Hunter. No, this book is deceptively simple as the title goes. You are tempted to expect a rake, ladies of easy virtues and greed. You expect to read about ruffians, roughnecks and a character that will be soulless, amoral and mean. 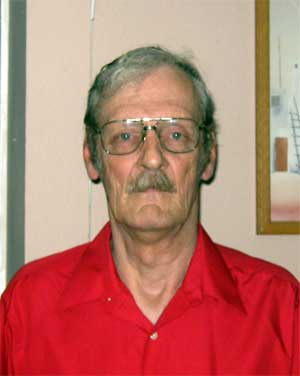 Sir Wendel the main character is not a rake, a roughneck and does not fit in to the general definition of a bounty hunter. You find that Merle has written a beautiful deep story about the human mind, its preoccupation with myth, gods and wars. You read the Bounty Hunter, and came away from it scratching my head.

I had at first read just enjoyed myself until the sneaking feeling came that it was not just any story about thieves, but questions about the necessity for war, empire, and man’s real place in creation and what he really wants. I did not have answers but  like Walter Kaperon whom I think is the real Merlin of the book.. everything is not really as it seems and Man has existed continuously but has learned very liitle despite the efforts of the gods, science and creation. I wish to congratulate Merle on this book and also IFWG publishing. They seem to have a good nose. I welcome Merle to Center Stage again. You will enjoy this one too.

You like history a lot, from the books you write, tell me why.

I was raised in an area of rich history of early America. That being the Catskills of New York State. I was always fascinated by it. From the Indian wars of the early British and French settlers to the U.S. War of Independence through WWII and Korea. I was in Vietnam and now we have the others of the mid east.

I also liked world history and took it in college. The Peloponnesian war with Greece. King Leonidas with his 300 Spartans and the 1,000 Greeks at Thermopylae against the Hordes of the Persian Empire.

The Charge of the British 17th Lancers Light Brigade against the Russian Cannonades  immortalized by Tennyson. A mistake that won the battle. The battles of the past call, begging to not
be forgotten both for their barbarity and hopelessness as well as their honor and sacrifice for a cause or a leader, regardless of which side you were on. Being Anglo most of my upbringing has been focused on that faction of humanity, but there is so much that is unknown to me from around the world that I am sure cries out to be remembered as well.

The Bounty Hunter is interesting with a subtle plot of a time warp.. Camelot and the ultimate dream of the British..is that a wish to rewrite what has been?

Perhaps to give life to myths and legends like The Lady of the Lake.  The Excalibur sword tale which is believed to have begun in a 12th century Welsh writings about a sword named Csledfwlch. Yet I did not wish to insult the long and rich history of the area of Great Britain as it really happened, thus the alternate reality. If the Real Camelot existed it was located in the south, not northern part of England as I wrote in my book.

The human mind seems never to have learned much from its past hence the constant wars. Why did you write Bounty Hunter?

As you say, we never learn from the past, doomed to forever repeat the mistakes, BUT I wrote it with no grand moral or underlying theme in mind. It was to be a short story exercise about a painting that, when started, begged to be expanded and the book is the result of that almost nonstop several days writing blitz. 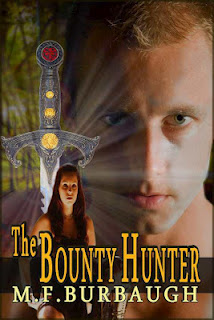 The logic of war is that it must happen to ensure peace. Is that really true?

In my opinion NO. war happens for different reasons. Pressures of human expansion by a culture that has ran out of room to expand, necessitating taking over land that is not theirs, most often by force. Pressure from nature that has, for any of many reasons, dictated a people must move or expand to provide the necessities of life for its people and finding not everyone welcomes their coming. Arrogance, greed, and lust for power fill reasons for modern times. Add in Religion, hate, and a wish to dominate for the sake of that domination and that should cover most of the other reasons.

There are as many reasons for war as there are people with minds that can think. All that being said, with America the idea that if you carry the biggest stick, and everyone knows your willing to use it, is both a blessing and curse. Blessing because many will think twice before they mess with you and a curse because those same people will be jealous and try to find a bigger stick.

The Bounty Hunter has given women a very vocal place but it might be unsettling to have another Queen Godiva on our hands, what was your rationale for Queen Maria?

Maria was abused, mentally and physically tortured, yet was able to maintain her womanhood and keep focus to her world, as screwed up as it was. The story line was based on real situations that actually happened throughout the world among royalty as well as peasantry at various times in history. Though I admit license in the writing. I see her as similar in heart to the Amazon warriors that came out of Ethiopia, undaunted by whatever life or their gods throw at them. Strong of will and body, ready to do what must be done and the gods be damned.

How many stories have you published now?

Through various media I’d guess nine or so counting the little Chap-book and the SQ Mag serial. A couple are out of print and no longer available.

What would be the ultimate story and is it written?

The final story of mankind. From humble beginnings to grand expansions and finally his demise. Maybe his impact on the universe and if anything is out there to remember him, or even care that he once was. No it hasn’t yet been written for the coffin lid has yet to be closed.

The Bounty Hunter gives me the hint that you were trying to tell the reader about gods, religion and its many sided stain, empires have been built and lost for the faith in gods. Please explain to us if that sensing is right.

The earliest Sumarian writings tell of man’s origin as having been created as slaves for the gods from space (UFO’s if you will) and other religions have parts that could also be construed as having similar incidents. Most have a single underlying theme that I see, that being the denial of knowledge to the group called man by their God or gods. In Christianity it is the forbidding of eating of the fruit from the tree of knowledge.  If man has a true flaw it may be the desire to ‘believe’ that there is some purpose to their being, singularly or collectively. Yet it may be a sanity stabilizer as well. I believe the universe is too perfect, too organized to be a result of chaos, there has to be something, call it God, that has put order to it.I also believe in the conservation of energy, thus the possibility of the soul being eternal and the body being temporary and recyclable. However, in no way do I push my belief nor deny the validity of any other belief. The current popular religious belief in America is Atheism which is the faith in the idea there can be no God yet it has no more factual basis than any other.

I understand Christianity came to the British Isle years after the collapse of King Arthur and his round table, where do you place Walter, Excalibur and the singing swords?

The age of myth and magic…  perhaps  the 5th & 6th  centuries, after the Romans left and Britain had a power vacuum.

Who actually is Sir Wendel in history or is he truly all in your imagination.

Sir Wendel is the collective of all the goodhearted that have been trampled on, yet resilient enough to keep fighting. But no, he has no valid historic reference that I am aware of.

What are your expectations for the book?

To have someone say they liked it and found it entertaining.

Please give us links where we can buy your books and particularly The Bounty Hunter.

Angelica Pastorelli Oct 21, 2019 8
Winning Strategies for Bloggers You are a prolific blogger, but you start to wonder if people actually read your…
Publishing