Interview: Bill Wetterman: Welcome to Angie’s Dairy, Bill. Tell everyone a bit about yourself.

I’ve been blessed with a great partner in life, Pam, my wife of 47 years. We have two sons and two dogs. My wife is an author, so we review and edit each others’ work and have remained married, a feat few couples have accomplished. After forty-two years in the Human Resources arena, specifically C-level staffing and executive search, I retired to pursue my heart’s desire and work at the craft of writing. 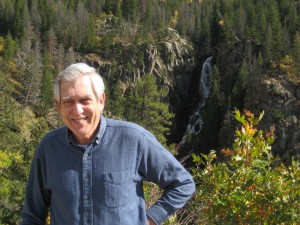 Where were you born and where do you call home?
I grew up in the inner city of Cleveland, Ohio. My mother was a first-generation Slovak and my father was of English-German descent. We lived in an old multi-ethnic neighborhood on Cleveland’s Westside. After college and a career move in Ohio, I relocated the family to Tulsa, Oklahoma. We’ve lived here for 34 years and consider Oklahoma home.

What or who inspired you to write? And how long have you been writing?
I’ve written for fun and for business all my life. I wrote poetry at Ohio University for a college magazine and policies and procedures for my employers. I buried the desire to become an author in my twenties to pursue making a living. My grandparents came to America so their grandchildren could pursue the American dream, and the American dream added up to dollars and cents.

In 2006, I looked toward the future and decided to plan for a different career. As Pam and I watched television or enjoyed a movie, I’d whisper to her, “Watch and see. Here’s what is going to happen next.” Then I’d say, “I could do better than that.” Doing better takes time. I’ve studied the craft since 2006, and I learn more every day.

What genre do you write?
Let’s cover the novels first. Greed, betrayal, lust, and revenge, all the things that make life fun—I write Thrillers. The topics tend toward political, psychological, and international themes and plots. I usually use anti-heroine female protagonists and pit them against the flawed men in their lives.

I wrote many freelance short stories before selecting the genre for my novels. My short stories are not genre-based. Some are non-fiction. Some are fiction—inspirational, western, humor—you name it. I’ve won or placed in the top three in several major online contests, including Writer’s Digest and Armchair Interviews.

How much of the marketing do you do for your published work or indeed for yourself as a brand?
I market more than I want to and less than I should. I’m an excellent face-to-face promoter. I speak to book clubs, at libraries, and attend book signings at conferences and regional bookstores. I utilize Facebook and Goodreads to promote my blog. I published Room 1515 with Book Country, a subsidiary of Penguin, but they have ceased publishing, as Penguin is concentrating on developing Author Solutions and its brands under the Penguin POD model.

I’ve created YouTube trailers, spoken on Internet Radio, and appeared on local television to discuss my novels. Marketing takes a lot of time.

Do you do a lot of research? If so, what are your methods?
My research is extensive. Therefore, I must answer your question in several parts. Before I write a novel, I go through a step-by-step process to develop the world of the novel.

Physical Surroundings:
Creating a novel begins for me by researching the world into which I will drop my characters. This world must be physically correct. In Room 1515, the settings are Washington D.C. and Great Britain, primarily London. The details must be accurate, so readers who live in those places will recognize the locations. Since I place the action a few years in the future, I have the liberty to alter things a bit. I can put a new hotel in a location where there isn’t one today, and that’s all right. I’ve been to Washington and London. That helps. Even if I hadn’t, the Internet provides views of buildings and layouts of the inside and outside of each. I research every building, park, etc. for accuracy before I write about it. I read about where political meetings are held, so I don’t have an event in my book going on in a place where it shouldn’t. I’m sorry, but I love Wikipedia.

The Fifth Step takes an understanding of the Blue Ridge Mountains, particularly the area around Hawksbill Mountain. So the accurate portrayal of the terrain is vital.

Tension:
Once I’ve fleshed out the physical world and the mood of that world, I’m ready to create the tension. Before you create the character, you ask. Yes. I have an idea about my characters. However, I need to have a world that is tension-packed before I drop my characters into that world. In Room 1515, I take the tension in today’s financial crisis and make it worse. The world economy is collapsing. A group of rich financiers is causing the collapse for its own purposes. American sends a seductress to woo the leader of this group and steal his secrets.

Now, I ask myself a million whys. What would each side’s motivation be? How could they achieve what they desire? Who could best accomplish each major task? Again, there is a lot of research. I have to study how the economy in one part of the world affects another part of the world. Having done the research, I give each main character motives and plans. Tension must increase as the story moves along or readers go to sleep.

In The Fifth Step, the tension is created by giving one of the main character, a preacher, a pornography addiction, and a kidnapping provides the external tension. Now the characters must provide emotional tension.

Uniqueness:
Ever read novels were the bad guys have no redeeming character and the good guys are Dudley Do-Rights. The real world is not this way. The more conflicted people and events are the better your novel will be. I mentioned the anti-heroine earlier. To put a true protagonist, loyal, honest, loves dogs, into Room 1515, would be sinful. I want an anti-heroine, a flawed woman pursuing the enemies of her country, until she questions the tactics of her own government. I don’t want an evil antagonist either. Instead of Doctor No, I want to be unique. Create a sympathetic character with a noble purpose, likable with being ruthless. Unique, complex characters hold readers’ interests.

Fleshing out characters:
Here is where many authors start their novel. This is the last thing I do. Knowing the world into which I’m dropping them, knowing the tension and conflict they’ll face, I ask myself more questions. What is the character’s worldview? What events shaped their past? What strengths and weaknesses will cause them to succeed or fail? I research where the main characters were born, if it’s important, the history of the area. I describe how each looks and fill out a character profile.

Wait, there’s more. Once the characters are solid in my mind, I talk to them. I show them the outline of the book. I set the rules. “I’ll give you some freedom in each scene. Surprise me by showing me something unique. However, do not Sin. I am God. I determine the outcome I want. Don’t change my novel. Enjoy yourself within your scenes. Sin, in the world of my novel, is a character attempting to change the outcome I’ve slaved so hard to build.

Do you have a specific writing style?
Yes. I use dialogue and interior monologue as the main tools to convey my story to my readers. When I use descriptions of places and events, I concentrate on only two or three key features so as not to bore my readers. Have you ever tried to read James Joyce’s Ulysses? 450,000 words written in a stream of consciousness style will not capture the 21st Century reader. I keep the dialogue crisp and the paragraphs short to give a feeling of fast-paced action.

What books have influenced your writing most and why?
Tom Clancy’s novels, particularly Debt of Honor, are examples of well-researched political thrillers. He set the standard for me for attention to detail. Thomas Harris’s Silence of the Lambs stands out as a psychological thriller. I can only hope to achieve his level one day. Finally, Stieg Larrson’s The Girl with the Dragon Tattoo features the perfect anti-heroine, Lisbeth Salander. Her character is a model for me to play off.

When did you decide that you were a writer?
I knew I was a writer when other writing professionals told me I was. Recognition comes in the form of entering writing competitions and winning. Receiving an award in a national or regional competition entered by numerous writers and judged by the best speaks volumes. Saying “I’m a writer” doesn’t make it so.

Any works in progress?
Yes. I have several novels in various stages of development, two that should be released this year.

Global Conquest, the sequel to Room 1515, will be ready to go to the publisher in late December or early January. This is the second book in a trilogy about the struggle for world domination and the establishing of a one-world government.

Busted, a psychological thriller about a high priced call girl who becomes involved in the seedy side of international politics will premier around July of 2013.

I have another novel going through the layering process, but that’s for 2014. Two a year maintains the quality I want. More than that would produce shoddy work.

Thanks so much, Bill for taking your time for us.
You’re very welcome.

About the Author:
Bill Wetterman is a member of Tulsa Nightwriters and The Oklahoma Writer’s Federation Inc. His first novel, Room 1515 won the Mystery, Suspense, Thriller contest held by OWFI in 2011.
His second novel, The Fifth Step has just been released on Kindle-KDP

Review: ASAP – A settling of Scores