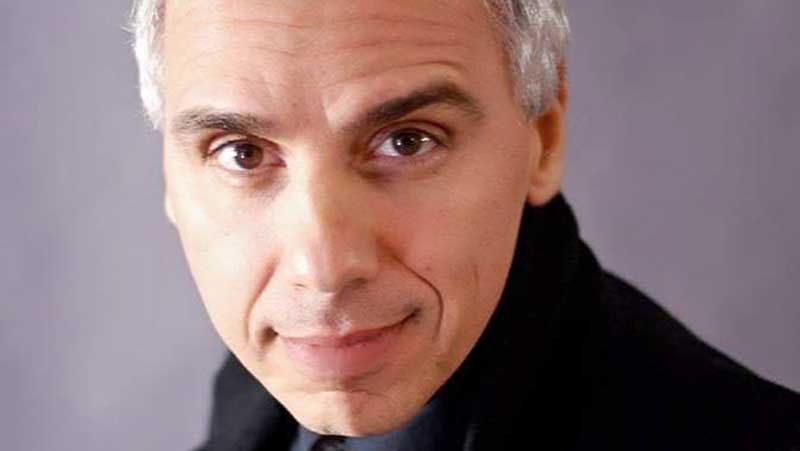 Author, actor, producer, and singer/songwriter Herbie J Pilato is a modern-day Renaissance man with a purpose; he’s an inspiration – a guiding force to a present and future group of what he calls “Hollywood hopefuls.”

Chadney’s was where Pilato conducted his first interview for his now-legendary first Bewitched Book (Dell, 1992) with Bewitched executive producer Harry Ackerman (who was also Columbia Studios head for its television Screen Gems division).

Chadney’s was also the place Pilato enjoyed many an afternoon and evening during his 18-month internship (from May 1984 to December 1985) as an NBC Page – a position that ignited what became his quite versatile career in the entertainment industry.

“Not only is Hollywood, generically and geographically, the land of wish-fulfillment and dream-makers, but dream-catchers,” Pilato assesses. “I’ve followed my dreams – and caught them – and there’s a certain strategy in how to do that.”

First and foremost, if our dreams are to materialize, he believes, “they have to include some benefit to help the global community.  And working in the entertainment industry can help you to do that in several amazing ways.

There is so much opportunity and potential to do so much good for so many – and with very little effort.  And that potential can take place on so many levels, be it with film, the live stage, in music or on television.”

Clearly, television, in particular, has become Pilato’s forte, beginning with his internship as a Page in what he calls the “Big ‘80s…a wondrous time,” in which he worked on classic TV shows like The Golden Girls, the Bob Hope Christmas Specials, and The Tonight Show Starring Johnny Carson.

He even had the chance to march in the Hollywood Christmas Parade, albeit incognito as an alien for the original version of NBC’s original V sci-fi TV series (which was recently rebooted by ABC).  Pilato was there, too, when Pat Sajak and Vanna White were just hitting their prime as the stars of hugely-popular Wheel of Fortune game show, and several other fun programs of the era.

But before he became a best-selling and critically-acclaimed author, and right after he left NBC, Pilato began acting in bit parts on daytime serials such as The Bold and the Beautiful and General Hospital, and nigh-time classics including The Golden Girls.  He also served as a stand-in dancer on Solid Gold, the stellar syndicated music variety show hit from of the late ‘70s and ‘80s.

And while writing The Bionic Book and Life Story – The Book of Life Goes On (both published by BearManor Media in 2007), Pilato worked as a producer, consultant, and on-camera cultural commentator for shows like Bewitched: The E! True Hollywood Story (which remains one of Top 10 True Hollywood Stories in E!’s history), TLC’s Behind the Fame specials (about The Mary Tyler Moore Show, The Bob New Show, L.A. Law and Hill Street Blues), Bravo’s hit five-part series, The 100 Greatest TV Characters, and TV Guide Network’s 100 Greatest Television Moments.

In the early 1990s, Pilato left Los Angeles to care for his elderly parents; his father Pompeii Pilato, who died of emphysema and lung cancer in 1995; and his mother Frances Mary Turri Pilato, who succumbed in 2008 to various complications from Alzheimer’s.

“I loved them both a great deal,” Pilato intones, “and still do.  Whatever good that’s inside me, was placed there by God – through them.  And although they were unable to help me, at least financially, with my career; they gave me the greatest gift that any parent could give any child…unconditional love.  What’s more, I know they’re helping me now from Heaven more than they ever could have helped me on Earth.”

In like manner, Pilato offers his share of support to whomever and whenever he can – in or outside the entertainment industry.  “That’s why we’re here in this world…to work together.”

He quotes Emerson, who said, “No man is an island; no man goes his way alone; whatever we send into the lives of others, comes right back into our own.”  He then adds to that his own quote:  “Do for others when there is absolutely nothing in it for you; personally or professionally, and you will always have work and friends.”

Certainly, Pilato knows what works.  This year, he established Television, Ink., his new umbrella company that houses Erie Street Entertainment (a production company that is geared toward family-oriented TV and film projects), and Pop-Culture Consultants (an entertainment consulting firm and news service).

In 2010, he founded the Classic TV Preservation Society, a nonprofit that seeks to close the gap between popular culture and education, and to this day he presents Master Key Media Self-Esteem Seminars to schools, colleges, community and business organizations – covering the scope of every generation and every sanction of society.  But he has a particular fondness for this generation.  He explains:

In all, Pilato believes that the best philosophical path to success at any level of one’s career is this:  “Not only must you be happy for the success of others, but you must also contribute to – or better yet, be the reason for their success.”

Pilato, whose one of many blogs include www.LivingTheALife.blogspot.com, makes a spiritual clarification:  “I don’t believe the God of Heaven, who is Love, punishes us if we fall off what could be called our A-Plan.  That must be some other god of this world who punishes people because no God of Love in Heaven would do such a thing.  And I ultimately believe that we punish ourselves from separating from Love who is God.  So, when we do favors for others, we earn the favour of Love in Heaven.”

“One of my new favorite things to do,” Pilato concludes, “is to walk or drive in around bless the office buildings and the people in them.  Because I know that they house such a diverse group of individuals, from receptionists to CEOS, who have so many dreams.

I just like to give them that little spiritual boost to help them make those dreams come true.  And again, if those dreams are filled with only good intentions, and will somehow bring light into the world, you can be sure that those dreams will become a reality – for the highest good of all those concerned. ”

The Thieves of Stonewood – Review