Gretchen Carlson is an American television commentator who hosts the Fox News daytime show ‘The Real Story with Gretchen Carlson’ on weekdays. A Paul Collins interview.

Previously Carlson was the co-host of the Fox News morning show Fox & Friends along with Steve Doocy and Brian Kilmeade. 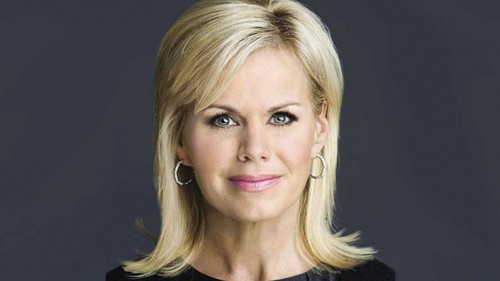 Why did you decide to write your book Getting Real?
When people watch me on TV, they see part of my life. I wanted to let them know the real me behind the scenes. The child who was a concert violinist from the age of six. The young woman who took on the challenge to compete in the Miss America pageant. The television journalist for twenty-five years. The mother of two who, just like most women, struggles to balance work and family. The battles I’ve fought. How I’ve come back from failure and disappointment.

Thanks to my upbringing, I always believed in myself and worked as hard as I could to get where I wanted to be. Nothing was ever handed to me. My hope is that when people read my story, it will inspire them to reach for their goals and not give up. The real story is this: if I can do it, you can do it too.

What was your most embarrassing moment being Miss America?
It happened the second day. A New York City reporter at my very first press conference rudely asked me if I’d ever had sex, and whether or not there was anything about me that wasn’t “real.” She also quizzed me on current events to test whether I was “smart.” I realized she was trying to embarrass me, and it was a mean thing to do to a twenty-two-year-old girl meeting the press for the first time.

There’s something about winning Miss America that brings out the snark. Many years later, when I was a national news correspondent, I saw her at an event and decided to approach her and tell her how demoralizing her comments were—but how I’d made it to the national scene anyway. I felt vindicated that I decided to speak up, not only for myself but also for women across the nation who’ve been put down.

In Getting Real, you also describe getting “mean tweets.” What is your reaction to the constant criticism you receive on social media?
Sometimes the comments over the top—ugly. Many of them are critical of my looks, like the one that criticized my “thunder thighs.” I get that a lot. Some of the tweets are too vulgar to repeat. At my age I can handle people writing junk about me on social media, but I sometimes air “mean tweets” on my show to highlight how destructive this meanness and bullying is to young people.