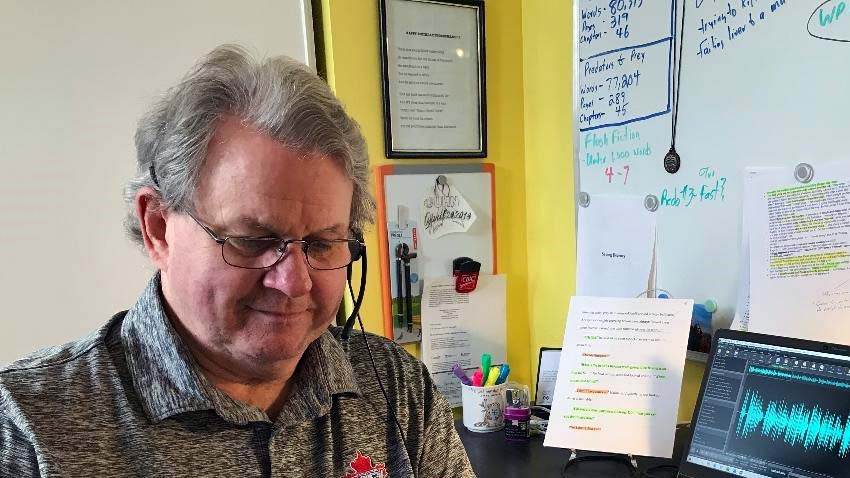 Gordon K. Jones is an author who has had two books published, non-fiction Defending the Inland Shores and the crime thriller Saving Tiberius. His new crime thriller, Predators and Prey, is due for release by Bookland Press on September 1, 2022.

Tell us about your background. Who are you, and where are you from?

Well, Paul, I was born and raised in the north end of Toronto and still live there, although I now live downtown. I love Toronto and can’t see living anywhere else.
I’m married to my wife, Teena, who, I must say, is behind me in everything I do. Teena not only has been supportive of my writing career but is also my editor. They say not to ask your spouse to critique your work as they will be too nice.

No. Teena is refreshingly honest about my work. Her biggest complaint is my use or misuse of commas and apostrophes. I have a son from my first marriage, Ken, who, with his partner, Jasmine, gave me a grandson, Senan.

I spent 17 years working in the financial industry before being able to follow my dream to become a full-time writer. In the past, I’ve raced go carts, mine would do 70 mph, been to rodeo school, and when I hit 50, I took up fencing, where I managed to become ranked in the top 16 in North America of my age group. My current passion, besides writing, is pickleball which I play two to three times a week.

Predators and Prey looks at what I consider to be the disgusting practice of rich trophy hunters traveling to African nations to hunt big game. To hunt down, shoot, and kill these beautiful animals in order to boast about having taken down the “big five,” which are the lion, leopard, rhino, elephant, and African buffalo.

Since the early grades in public school, where Creative writing was my favorite class. I’ve always enjoyed both reading and writing. I feel I can tell a good story.

My favorite stories to read are ones about reluctant heroes. People who are thrust into situations far beyond anything they have ever experienced or know how to handle but must deal with it. Although Predators and Prey don’t explore this theme, my first crime thriller, Saving Tiberius, does.

It’s about an ordinary man who has a cat with diabetes, and when it’s discovered the cat has completely cured itself of it, an independent lab sends people to kill him to get the cat for their own use. He’s definitely a fish out of water.

I feel it’s the anti-every book ever written about African big game hunters. It could also be slightly reminiscent of The Most Dangerous Game, a famous short story about a big game hunter who falls off a boat only to end up on an island, where the only resident of the island, a hunter himself, decides it would be fun to hunt a human and gives this man a head start so he can enjoy tracking him down and killing him.. 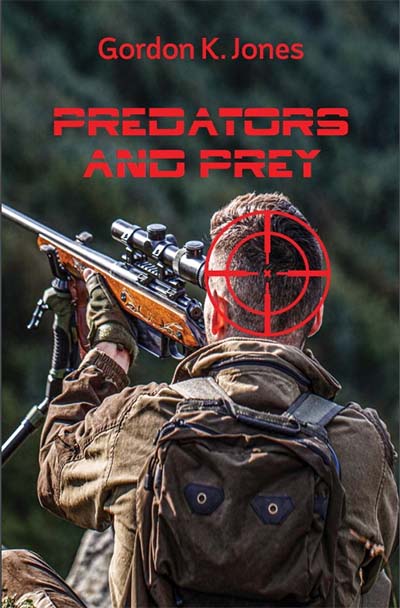 Every once in a while, there will be a post on social media of a man or woman posing in front of the animal they just shot and killed with their long-range rifle, looking so proud and feeling so brave.

They’ve paid tens of thousands of dollars to fly to Africa, hire guides, then shoot these poor animals from a thousand meters or yards away, where the animal doesn’t stand a chance.

It makes me so angry that it became the basis for Predators and Prey. It’s about a former army sniper who, like me, is incensed by this. So, I made this man, Trent, a person with the skills to take action and do something about it.

Where these hunters kill where the animals live and play, he decides to do the same to them. Stalk and kill them where they live, work or play.

With every person he kills, he leaves behind a copy of the social media post he saw of them with their kill, with a thought bubble coming from the animal, taunting the hunter’s death. This, of course, resonates with the public, gaining their support and cheering him on.

Is there another genre or theme you would like to tackle?

One day, I would love to write a Sci-fi and a western. I really enjoy reading both and would enjoy taking on the challenge of writing one.

How can your readers contact you? Or buy your books?

My books are available in Canada from Chapters/Indigo, Amazon.ca, and of course, your favorite, independent bookstores. In the US, you can get them through Barnes and Noble and other online sites. Saving Tiberius is also available as an e-book on the Apple Book app and other e-book sellers. My publisher, Bookland Press, has plans to release Predators and Prey as an e-book in the near future.

Thanks, Paul. This was fun.