Time travel. Five hundred fifty-five-year-old curses.  Witches.  The perfect combination of elements will keep you captivated until you read the very last page.

I’m talking about The Witch’s Salvation by Francesca Pelaccia. 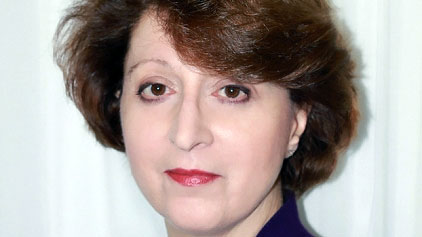 This is her debut novel and is the first in a series called The Witch’s Trilogy.  I was fascinated by the fact that she’s a debut author and the fact she is self-published.

Nothing feels as great as to have your first book published, so I interviewed Francesca to find out what it’s like being published for the first time and other tidbits of information about self-publishing that I know you will find fascinating.

Thank you for this interview, Francesca.  How exciting it must be to be published for the first time.  Was this a long time coming or did it come quickly for you?

I’d like to say that it didn’t take long to get my first novel The Witch’s Salvation published, but it did. After finishing the novel, it took me three years to finally see it published.

How wonderful that you have self-published, something I firmly feel very strongly about.  Why did you decide to self-publish The Witch’s Salvation?

Self-publishing wasn’t my first choice. I did what all authors do to try and get published by traditional publishers.

I produced the best novel I could, free of errors and edited by professionals. I wrote and rewrote and again wrote a brief, semi-brief, and long synopses that a lot of agents and publishers wanted. I perfected my query letter to try and attract agents or publishers. And then I researched and chose the agents or publishers suited for my novel.

After several years of nothing (only a few agents or publishers now send out a nicely-worded rejection email), I decided to self-publish. I don’t regret my decision, because the novel is “out there” and getting noticed by readers.

I don’t have a large budget for marketing, but I’ve found some affordable promotional services, which have brought attention to The Witch’s Salvation. Most importantly, it has given the novel much-needed reader reviews.

What do you believe was the hardest part about self-publishing?

As authors, we forget about the marketing aspect of our novels. I spent my budget on the upfront costs: manuscript evaluation, copy editing, the book cover, and even on getting the right-back cover blurb. Then, when the novel went live, I had nothing in my budget left for the marketing. My advice to authors: save half of your budget for the marketing. 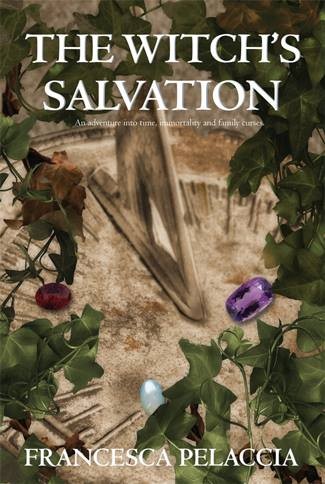 What do you think the greatest advantage of self-publishing is?

With self-publishing, you are the author of your novel but also of its fate. This may be good or it may be bad. On the good side, you don’t sign over the rights of your novel to a publishing house.

The rights are always with you. You can therefore promote it and market it the way you want, and price it, and re-price it at your discretion to encourage sales. The royalties are also upfront, instant, and much higher than traditional publishers.

Can you tell us what the book is about?

The Witch’s Salvation is a tale about restoring humanity to the last surviving witch of the Carpathian Mountains. The only people who can restore her humanity are Anasztasia and Matthias, two eighteen-year olds born mortal to two immortal families of royal lineage.

If they go back in time and retrieve the Golden Cup that holds the mystery to regaining the witch’s humanity, she will make them immortal. She will also dissolve the curse that keeps Matthias’s family imprisoned in the ancient boundaries of Wallachia, present-day Romania, and Anasztasia’s family exiled from it.

What’s next for you?

Right now I’m working on two other books. The first is the second book in the Witches’ Trilogy entitled The Witch’s Monastery. The second book is a fun and fast-paced romp tentatively entitled Moses and Mac. It’s an adventure to find Moses’ rod. The main character is the female version of Indiana Jones meets Stephanie Plum.

Dorothy Thompson writes fiction and nonfiction for adults. She's co-author of Romancing the Soul, a compilation of true soul mate stories and the soon to be released, Romancing the Million $$$ Ghost available September '14. Her articles have appeared in such publications as USA Today, Chicago Times, and Ok! Magazine. Dorothy is also founder of Pump Up Your Book, an innovative public relations agency for authors.

Maya Kavita Jan 14, 2015 3
Who Tells You What To Read? There's been a lot of action in the blogosphere lately about Oprah's choice of…
Book Review