Debbie Manber Kupfer- I grew up in the East London suburb of Barking. Over the years I’ve lived in many places including Israel, New York and North Carolina. Today I live in St. Louis with my husband, two kids and very opinionated feline. When I’m not writing fiction, I write all kinds of word puzzles, mainly for Penny Press magazines. 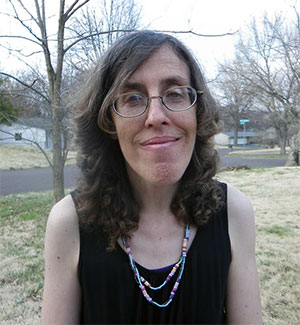 Debbie Manber Kupfer- P.A.W.S. is a young adult fantasy. It follows the life of a young girl Miri who is given a very special silver cat amulet by her grandmother on the day she dies. Miri is sent away to a boarding school where she is bullied, and finally discovers the secret of the amulet. The book deals with some harsh topics including one very abusive relationship, but there is also magic and hope and friendship.

Paul Collins–What prompted you to be an author and did you have a specific inspiration in mind?

Debbie Manber Kupfer- I’ve been writing ever since I was a child, but only recently gained the courage to show my work to others. I started writing P.A.W.S. last November during National Novel Writing Month. The discipline and the community of NaNo really helped me stay on track and would encourage anyone who would like to write to try it.

Debbie Manber Kupfer- I’m strongly influenced by JK Rowling, in particular the third Harry Potter book, The Prisoner of Azkaban. It was reading this book that lead to my fascination with animagi. I also think my book would appeal to those who enjoy Cassandra Clare’s Mortal Instruments series.

Debbie Manber Kupfer- I’m currently working on the next book in the P.A.W.S. series, and also have a story in an anthology, The Fauxpocalypse Project, which is due to come out this October. For this story “Vodka and Watermelons”, I was able to draw on my experience living in Jerusalem.

Paul Collins–Thanks for taking the time for this interview. All the best!
Thank you!

Vienna, October 20th, 1941, today was Celia’s tenth birthday. This was not how she imagined celebrating it. She was with her family – her mama Miriam, her papa David, her elder brother Issel and her baby sister Sara. They were huddled together in the back room of their tiny two-room apartment in Grosse Spielgasse, in the dark, barely breathing. 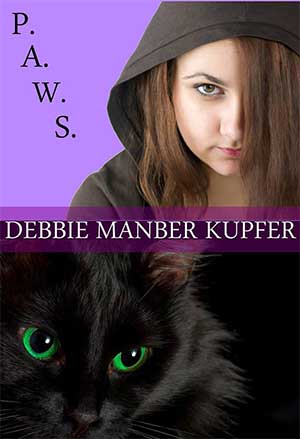 Outside the building, the boot steps got nearer and nearer. Celia heard shouting, screaming, gunshots. She crouched down even closer to the ground, wishing that somehow they could all melt away into the shadows. Celia clutched her cat Max tightly in her arms, feeling his warmth, his soft tabby fur close to her skin, willing him to stay quiet.

Her mamma cradled little Sara at her breast, nursing her so she would not cry out. Outside the pounding footsteps were getting closer, closer: “Juden, Juden, Heraus, Heraus, Schnell, Schnell!!” Now they were at the door of the neighbors – the Wassersteins.  She heard crying and a single gun-shot.

Miriam beckoned to her, “Celia, mein Katzerl , come here,” she whispered, “I have something for you, for your birthday.”

Celia approached Miriam cautiously, still clutching Max to her, “What is it Mama?” she said, gazing into Miriam’s blue, blue eyes. She studied her prematurely wrinkled face, memorizing every crease. Mama, my mama, she thought.

Still holding baby Sara with her left hand Miriam reached round the back of her neck with her right and unclasped the chain that she always wore beneath her clothes, close to her heart. It was a silver chain with a cat charm on it. “Take this Celia, mein Katzerl, wear it always, remember I love you. Ich liebe dich.”

“I love you, Mama,” she whispered as she fastened the chain around her neck, just as the doors burst open – six gestapo soldiers rushed into their home – “Juden, Heraus, Heraus . . .” Celia watched as her family was herded out of the door . . .