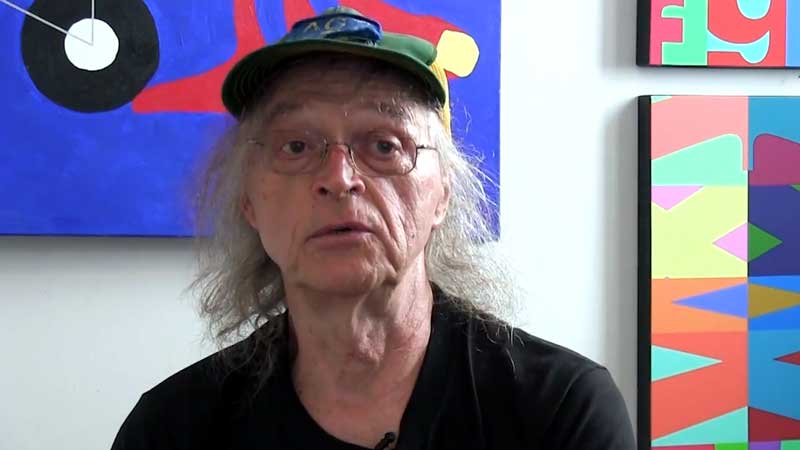 The interview was conducted at the front of the restaurant, overlooking the afternoon traffic and a steady flow of pedestrians. “I come from Lunaria,” Mr. Bissett began with the desired effect. “It’s a very far away planet,” he added. I sat quietly listening for more, allowing him to speak freely. “I was sent with children first to a planet called earth because Lunaria had ironically run out of oxygen,” the poet spoke onwards. “In Lunaria, there was an orange light and I was a child then when we would play with the light,” he recalled in a matter-of-fact way.

“We gave it all our energy and we didn’t have to use anything that was non-renewable because it did not have any pollution,” he continued with his monologue, much like an actor on the stage. “Unfortunately and paradoxically we ran out of oxygen which was not excellent and thus, I came to Earth and was born through an Earthling’s mother, and then I did all kinds of things—so that’s how I got to Earth,” he concluded his introduction.

Once bill’s opening remarks were conveyed, I decided to crack my silence.
“What did your earth parents do for a living?” I ventured into the unknown.

The poh-it’s father was a lawyer and his mother was a brilliant, independent woman, as he described. Unfortunately, the younger bissett and his mother were constantly struck down by sickness in a time before when there was no free healthcare in Canada. “My father was luckily very hardworking, the medical expenses were provided but it was very grievous for him when he lost his wife, my mother when she was the age of fifty-three.” bill was age thirteen when he lost his mother and at that time he had survived at least twelve operations.

“This has given me a unique way of looking at things. I think everyone who has had a lot of surgeries shares some unique way of looking at things. How I got here, I don’t know exactly. I am deciding again that life is really unpredictable,” the scribbler surmised, weighing the fates. Presently, bissett thought he was busing up North to Mattawa to visit some friends in the winter because many times he was enchanted with such a vacation spot.

“I love it up there, “he beamed with pride. “But the building that I am left in will probably be uninhabitable now with the electricity and the wiring—it’s flooding. And I would just sit there, watching the river flow by.” The scrivener is himself going through the editing process of his latest manuscript, deciding to make it into two separate books. “It was way too thick and redundant for a new book. So I’m feeling there is a book on poetry, prose, and meditations.”

“Meditations?” I quizzed him in mid-swing.
“I do it every morning for forty minutes, or otherwise, I wake up and I’m baffled,” came his response.
“If the wrong people do meditation, it ends in devil worship,” I told the ink slinger.
“Well, the right people do it and we will let go of all the thinking, at least for a good forty minutes, and it makes all the difference in the day!” 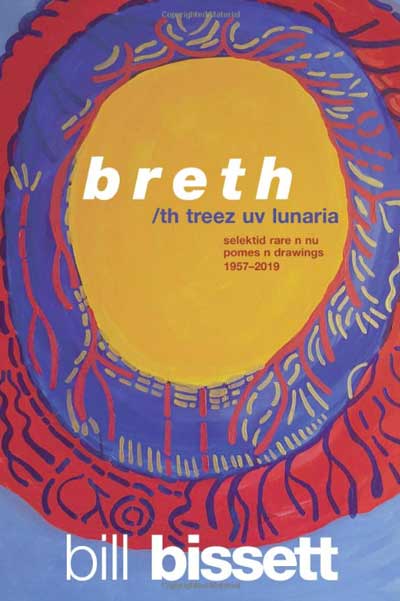 “Yea,” I concurred with him. “We seem to think our city has been around here forever and it hasn’t,” I added, drumming my fingers on the table. “It has been here a hundred years tops!”

“It’s very recent,” he contributed to this narrative. “As a matter of fact, the Egyptians had a god called Horus who was born in 2020 BC,” the poet fudged the numbers. “That’s 4400 years ago and he was an Egyptian god,” bill marveled at the realization. “He had a virgin mother, was crucified, rose from the dead, and it was the same, exact pattern.”

bill then changed his focus to the local, political situation in Ontario, lamenting how the government had cut all the flood relief and the Northern part of the province had no aid–just the Red Cross and absolute chaos. “So there are no guarantees,” he sighed. “That’s such a cliché philosophy and it used to irritate me to hear that being said. Only I realize it irritates me because it’s truer than like it used to be.”

We both pondered that rumination but the poet had to take it up another notch. “There’s no place we never leave,” the wordsmith ejaculated suddenly, recalling a comment from Joanne Randle, a friend who he had just visited last month in Vancouver. “And I’m going to make that one of the titles in the book—at least the lead-off quote!” he exclaimed with pride.

“That quote from Joanne Randle that she said to me had a startling effect on me.”
“Very true too,” I interjected.
“Like we will leave earth,” he added. “We will leave Toronto and we can’t handle anything.”
“People come and go,” I joined into the direction of ideas, only to let him continue.

“It’s all transitions where people hang on to fossil fuels, holding onto the past from something that doesn’t work anymore—we got to adapt because the permafrost is melting and our friends up north are living in temporary shelters, their homes are flooded, and their mental health is declining rapidly. So we’re sending you our love—you’re our heroes!” There was a moment of contemplation that stopped the exchange.

It was at this point, the subject of this interview pointed to the food counter. “Have you ever tried their oatmeal cookies?”
“Never!” I lied with a laugh, opening a plastic bag, revealing a tin can filled with wafer cookies. This he sampled, planning to keep the guilty pleasure classified for him and him alone! It didn’t take long for us to snap back to the business at hand.

The conversation proceeded into moments of contemplation, allowing the author to raise the concern of how little control we have over things—many things happen to us and we are involved in and life is unpredictable, so much more than we expected it to be. As a matter of fact, in our personal reality, we can vote bad people out and have some kind of control in that area of our lives. “But we must vote Premier Ford out because he’s destroying our democracy!” Canadian Literati warned the world.

“Maybe I cannot create power,” he went on. “If someone you want to stay when they want to go, a river that wants to flood and a creator that doesn’t want it to flood, or maybe I could.” His reasoning was not mere verses on a page but it was thought-provoking for his listener. “But maybe I’m too humble and I can’t control a river that wants to flood,” he laughed at the observation. “But we do have power in other ways, power of love, power of civilization, and to be nice to one another.”

“Any last thoughts?” I pursued an end-game strategy.
“We need to vote out Premier Ford!” bissett reiterated his admonishment. “And we need to love each other, support each other, create better social programmes for ourselves, or for our society, and we need to be optimistic,” he preached to the choir.

“Those are the things I’m working on myself all the time because sometimes I get discouraged and blue like I’m human but I feel I can reset my brain whenever I want to experience optimism and bliss—not spend time with melancholy and that’s my conclusion!”