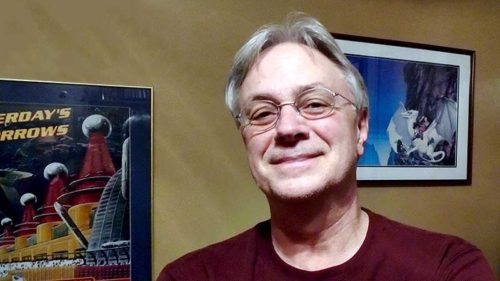 What got you into writing, and what do you enjoy most about it?
I’ve always like telling stories. Even as a child, I’d make comic book adventures, drawing the panels, characters, and word balloons on small plain white tablets. Writing takes me out of myself and allows me to travel to alternate dimensions, past and future times, and different planets. Writing allows me to create something out of nothing, and there’s no feeling that compares to that.

Which writer influenced you the most?
There are several, but I would say, Andre Norton, who I’ve read since I was a very young, influenced me the most. Her descriptive powers and ability to create unusual settings and characters still impress me.  She was also one of the first SF authors I read who featured diverse, non-stereotypical, ethnic and racial characters in her work.

What turns a good story into a great one?
A twist of some kind the reader didn’t see coming; the growth and changing of a character into someone unexpected; a different take on a familiar idea; the courage to tackle a difficult or unpopular point-of-view or concept.

How do you balance your schedules and artistic goals with everyday life?
Being retired helps. I’m able to write every day. I also belong to a Mindful Writers Group, which combines meditation with writing. The group meets once a week for 4 hours. We meditate for the first 15 minutes and then just write. It’s a communal, energetic, incredibly creative process. Ideas form, writing blocks crumble, and the words flow. In fact, as I answer your questions, my wife and I are attending a Mindful Writers Retreat in Ligonier, PA for the week.

What do you aim to evoke in the readers of your books?
A sense of adventure, of the unusual, for the most part. I don’t preach in my books and try to stay out of current events and politics, at least directly. I still just like to tell a good story and hope my readers discover something they never knew or thought of before when they read my work.

Please, tell us about your latest work, what inspired you to write it, and the research involved.
ORCUS UNCHAINED is the 3rd novel in my urban fantasy series, The Spirit Winds Quartet, published by IFWG Publishing. It continues to follow the adventures of several characters, specifically Kim Yoshima, which started in the first two books – THE SIXTH PRECEPT and WARRIORS OF THE LIGHT. Part of the series takes place in contemporary Pittsburgh, PA, and partly in feudal Japan of the 16th Century. I had an interest in that period of Japan (known as the Warring States Period) and have always loved the SF trope of time travel so decided to combine those two interests (as well as others such as ESP). I live in the Pittsburgh area but, never having been to Japan, did have to research that part of Japanese history, the clothing, what towns looked like, customs, etc. I did exercise a little artistic license but tried to stay as realistic with some of the aspects of the period as I could. Some of the action in WARRIORS and ORCUS take place in Venice, Italy, where my wife and I did visit a few years ago, so I’m able to use my journal, photos, and memory for a lot of that. 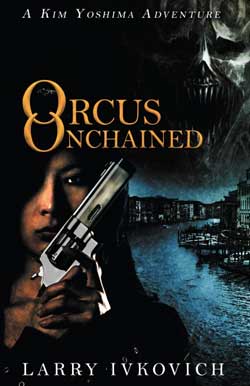 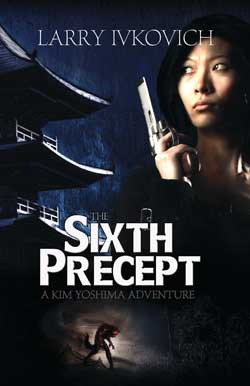 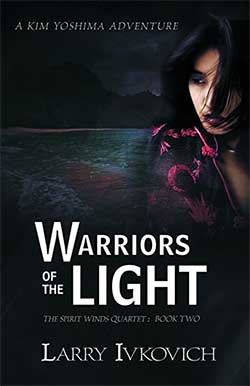 Can you give us a story outline of your book?
In THE SIXTH PRECEPT, Kim Yoshima, a detective with the Pittsburgh Police, discovers she’s being hunted by an ancient Japanese cabal intent on changing the past by killing Kim in the present. In the process, Kim finds she possesses latent powers of ESP, just like a previously unknown ancestor of hers who lived in feudal Japan.

In WARRIORS OF THE LIGHT, Kim and her friends try to recover after their time-traveling experiences in 16th Century Japan. But they’re drawn back into the fight with the resurgence of new, monstrous threats. Besides the Yokai (evil spirits and creatures from the Japanese mythological canon), a group of ancient sorcerers and vampires called the Maghi, threaten from Venice, Italy.

In ORCUS UNCHAINED, Kim and her friends try to stop the Maghi from bringing the devil himself into the world.

What was the most challenging part of writing your books?
At the end of WARRIORS, I wrote about four cliffhangers – one each for a different character, without really thinking those out. I thought I was being very clever. So, when I started ORCUS, I had to think about how to continue or resolve those plot points because I’d essentially painted myself into a corner of sorts. I’m what’s called a “pantser” – writing by the seat of my pants – rather than a “plotter” – so I had to shift my imagination into overdrive. I’m happy to say it worked out pretty well.

Can you tell us about how you had your books edited, published, and its cover art created?
In 2010, I’d been sending THE SIXTH PRECEPT manuscript to various publishers, whose contact information I found either online or in the Writer’s Market books, with no luck. IFWG was the first to accept the book, and I’ve been with them ever since. As a small, independent press, IFWG Publishing is very generous in including its writers in the editing and cover art processes. The editor will email me sections of the book with his/her edits, comments, and suggestions, and I’ll work on those and email them back. The cover artist will ask me for my ideas or a scene from the book that might make a compelling image and then email me the first draft of her work, etc. In the case of the cover for ORCUS, the artist used part of a photograph I’d taken in Venice, which I had sent to her.

What made you ultimately decide between self-publishing and conventional publishing? And will you use the same procedure for your next publication?
Conventional publishing does provide free editorial and cover art services, which is a plus. That’s one reason. Initially, I chose to go that route. Also, back then, self-publishing wasn’t looked on as favorably as it is now. As a result, I may self-publish someday. I have an art degree and think I can pull off a decent cover myself, and in the critique group I belong to, we all help each other out in editing our works. Either way, the author still has to do a lot of the promoting and advertising these days, which is another story.