A UK author with over one hundred published short stories, several collections, and a couple of novellas in print. A Paul Collins interview. 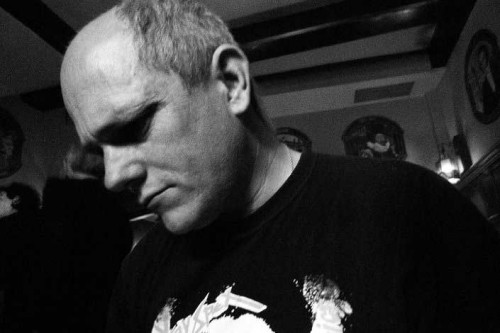 I’m a writer born and living in Norwich, UK. From an early age, I had an interest in reading, and latterly writing. Fiction has always been a big part of my life.

It’s not something I do full time (I have two-day jobs and also freelance proofread/typeset), but I would describe myself as a writer because that’s exactly what I am.

I find it difficult to experience anything without filtering it through my writer’s brain. Everything is up for grabs when it comes to story.

Many of the themes in my work deal with immortality in some shape or form. It’s a topic that fascinates me. I’m sure we all believe – on some level – that we are immortal; that is until we die.

In “The Immortalists” my irascible PI, Mordent, finds himself caught between two rival gang leaders who have become obsessed with immortality. In some respects, the theme is a red herring, but hopefully an entertaining one.

It’s not a ‘deep’ book, although it does deal with big themes. I’d be content for readers to simply enjoy it, and hopefully want to read more about Mordent (a second book with this character, “Church of Wire”, will follow later this year).

Did a certain person, artist, or genre influence you?

I’ve always wanted to write. From an early age, I wrote stories featuring detectives from the TV shows that were around when I was a child (Columbo, McCloud, Cannon) although it’s taken me many years to come back to crime.

Influences in my formative years ranged from The Stranglers, Kafka, Woody Allen, Nabokov, Tom Robbins, Sartre, Salvador Dali, and the film director Luis Bunuel. An eclectic mix. Whilst my work doesn’t obviously resemble those artists, the influences remain. In fact, I think it would be fair to say that everything is an influence, subliminally or otherwise.

It’s difficult to make direct comparisons, but there is a hefty dose of Raymond Chandler and other pulp writers such as James M Cain and Hank Janson in the book, together with the black and white, rain-soaked streets elements of noir movies. I believe I’m quite a cinematic writer, with descriptive prose playing as much of a character as the characters themselves. Also it’s not a conventional crime novel – it plays with genre tropes and knows it.

The back cover burb for “The Immortalists” best describes this, so here it is: “Ex-cop, Mordent, is an irascible, anachronistic PI with a noir sensibility and a bubble wrap fetish. Hired to investigate a missing person case he believes the job to be an easy paycheck, but when the kid turns up dead and appears to have aged beyond death, Mordent finds the mystery is only just beginning.

When a second body is found similarly aged, Mordent is pulled into rival gang leaders’ quests for immortality, a race where the objective is not to finish. And it becomes personal when Marina, a psychic, disappears after tipping off the police about the second body. Mordent had unfinished business with her.”

In terms of what inspired me, I had written several short stories featuring this character (published in Crime Spree and Needle magazines, amongst others), and my partner thought it might be an idea to develop the character within a novel. I honestly can’t remember how the main plot then came about, but I don’t tend to do a lot of planning and I let the story develop naturally, as it comes.

Reserving Right When Agreeing to License

Ogho Eberekpe Feb 9, 2011 0
Conversations with Winter I am not too certain if this piece would be appreciated by the target audience it is…
Writing