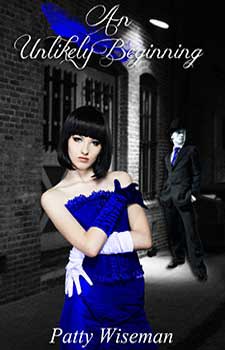 There are a few books that I call page-turners, but Patty Wiseman has done it again.

A captivating sequel, one I couldn’t wait for, with meandering rotation as well as unforeseen resolution griped me throughout. For me, such an easy read because Patty’s work draws me in and doesn’t let me go.
— Keith J. McCormick

As both an author and a reader, I’m well-aware of the fact sequels seldom live up to the first one. As expected, Patty Wiseman has successfully proven that curse CAN be broken.

Ruth Squire’s story is exciting. The 1920’s Detroit setting is intriguing. And the Mob is as deadly as ever!

In the far corner of a seedy speakeasy known as the Blue Feather, seventeen year old Ruth Squire tried to avoid the interested eye of a repugnant patron. The impatient bartender waved his hand toward the stage—it was her turn to sing, but the metallic taste of fear drenched her tongue and slithered downward until her stomach burned. She took a step back.
A female voice whispered from behind, “Remember why we are doing this Ruthie. You can’t abandon him now.”
Slowly, courage overtook the fear. One step—another, until she stood center stage. The piano began the prelude, and she closed her eyes. A few tremulous notes exhaled through ruby lips, but strengthened as memories of the murderous carnage at home unfolded and steeled her will. The choice to save him was hers. Instead of a pack of crude, bawdy men in a smoke-filled room, she envisioned Peter, the man she came to rescue. Her eyes opened, and she remembered…

Late Friday afternoon, February 1929
A shard of light punctured the somber, country scene, a flash that vanished so quickly, Ruth Squire wondered if it was imagination or reality. The next instant, a well-dressed man emerged from behind a far off willow tree and disappeared down the dirt road, alone. From that distance, she couldn’t tell his age, but noticed the black fedora hat, the dark suit, and shiny black shoes. In light of the recent murders, not only in Detroit proper, but even in her own house, fear reminded her it wasn’t over.

The snow fell silently, covering the dead grass, and dusting the gravestones in the antiquated cemetery on the edge of town. Winter decided to creep into the quiet necropolis as if to remind its temporary occupants who remained in charge. There was no rhyme or reason to this murder, no logical explanation, yet here they stood in front of a casket about to be lowered into the ground. Ruth’s heels sank into the lifeless sod, but at her side, Peter Kirby gripped her elbow a bit tighter. She wanted to cry, tried to force it…almost willed the tears to spring forth, but when she blinked, the rough sandpaper she called eyelids dissolved any thread of emotion. So far, the year 1929 was a complete disaster.

The air was silent except for the forlorn cry of a faraway mourning dove. Ruth looked to the sky and felt tiny snowflakes kiss her numb cheeks. We shouldn’t be here, this shouldn’t be happening. Whose bizarre idea was this, anyway? She looked up into Peter’s solemn face. A shiver ran through her and it was an automatic response to lean into him for warmth. The last thing she wanted to do was attend this funeral. Her heart was too raw, the pain too fresh. Surprised at the paltry attendance, she looked from one stone face to the next. Why did they bother to come? Why did I?

Finally, the last scripture was read, the last hymn was sung, and the ritual handfuls of dirt thumped against the wooden box deep in the hole. It’s over. 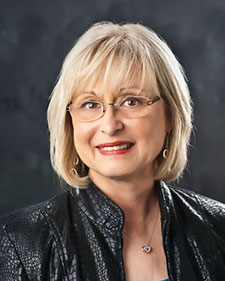 Patty Wiseman, a native of the Seattle, Washington area, attended The Wesleyan College in Bartlesville, Oklahoma. Northeast Texas has been home for the past 35 years, along with her husband Ron and crème lab, Cutter. An avid history buff with a weakness for a good mystery, she created the Velvet Shoe Collection of romantic mysteries, based on the true stories she heard as a child about her grandmother’s arranged marriage in the 1920’s.

Fascinated by her rebel nature and brush with the darker side of life, Patty set about creating stories of intrigue and romance. An Unlikely Arrangement is the 1st of a 3 part series. An Unlikely Beginning is the 2nd in the series and is now available for purchase. The 3rd and final in the series is An Unlikely Conclusion and will be out this summer.

She was a winner in the essay contest 50 Great Writers You Should Be Reading, and An Unlikely Arrangement placed 2nd in the Forward National Literary Awards in the romance category. She’s recently been featured in a full page article in Charm Magazine and Piney Wood Live Magazine.
A civic minded lady, she is a member of the Texas Federation of Women’s Clubs – Marshall Chapter, a Lifetime Member of the Worldwide Who’s Who for Professional Women, recently named VIP for 2013, a member and past secretary of East Texas Writers Association, a member of the Northeast Texas Writer’s Organization, and Texas Association of Authors.
She’s an entertaining speaker and is available for speaking engagements where she loves to talk about how ancestry research offers a wealth of ideas for writers.
Her favorite hobby is bowling. She is a member of two leagues. A ladies league and a mixed league and boasts a 153 average.