By Antoinette Ashton:
My study group used this story as a class project and, as a college student paying my own way, I could relate to Diane’s struggle of working two jobs and trying to make ends meet. All the talk about 2012 disasters has spawned many books, movies and television shows but this one turned out to be a different and quite enjoyable adventure.

I read the “Terrible” review from some dork who apparently missed the entire point of the story. It’s not Shakespeare and it’s not meant to be. It’s a fun, fanciful “what-if” full of surprises, easy to read and interesting when contemplating what one would do in such a situation.

The dogs are cute. The girls are so typically comical and Diane, the heroine, is a typical mother doing whatever it takes to protect her children and fight for survival. And she’s pretty good at it.

Of course, Bixby’s advice and Hestia’s magic certainly help the Queen in some rather difficult situations. I’d love to have a bracelet that makes one invisible just so I could be the proverbial “fly on the wall” sometimes. That would be totally cool!

All in all, this is a story I would read to my kids or give to my grandparents or recommend to anyone who enjoys reading a magical adventure. Oh, and by the way, my study group got an “A” on the project.

He turned back toward Diane and leaned very close, examining her. She could feel his cold breath and smell the ugly stench of death. “Hmm…” he growled. “What shall we do with these women?”

His cold hand brushed the side of her face. “This one is an adult. She might be useful but those two children will never grow up in this place.” He moved toward the girls. “Children are nothing but problems. Let’s find out if they are like us or if they can die.”

A glint of light from shiny steel flashed across Diane’s face as he drew a sword. She forced her eyes to adjust to the dark… squinting, pushing her vision to its limits. The sword’s hilt gave off a soft glow revealing a white handle gripped by a black hand. This was the weapon in her dream. Even in the darkness, its sparkle was clearly visible and his intent to harm her children was even more evident.

She took a step toward him to plead for their lives but he pushed her to the ground. “Private”, he said, “secure them together. I want to see if this blade will take off two heads with one blow.”
The soldier hesitated. “But… Sir, they are just childr––”

“Are you questioning my orders?” he growled as his blade moved against the soldier’s throat. “Do it now or you will be the first to taste its metal!”
Diane’s fear instantly turned to rage as she scrambled to her feet. Her arm brushed against the handle of the dagger attached to her waist and she remembered that it was the knight’s weapon of last resort. She pulled it from its scabbard and lunged at the shadow of the man who would kill her children. “You will NOT harm my girls!”

Her action surprised the swordsman. He stepped back and turned to attack but she had fallen to the ground and rolled to the side. In an instant, she was back on her feet attacking. Her blade slashed through the darkness in his direction but she was unable to see exactly where to strike.

She screamed, yelled and wildly stabbed at the shadow and suddenly, a spark flashed between their blades. For a moment, his cold emotionless eyes that showed no compassion or mercy were clearly visible. It was frightening but Diane continued her violent attack. 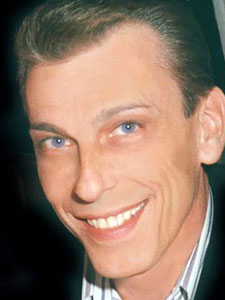 R. H. Politz has been many things to many people but today life is laid back and less stressful. Writing and business management consulting fill his hours with more smiles and far less fatigue than constantly worrying about the finances of a corporation with six-hundred employees.

Politz’ first story, written at age sixteen about time travel and the terrible direction the human race was taking, was a huge hit with the entire high school junior class but the teacher found cause to downgrade an otherwise “A” to a “B” because of a positive religious reference. (It turned out that she was an atheist) Of course, the popularity of the tale made no difference in the teacher’s mind but it did spur the desire to continue writing. Military intelligence, War, Murder, Mystery and Science “what if’s” are just some of the subjects that plagued Politz’ curious thoughts and then came the proverbial question of, “Why am I here?”