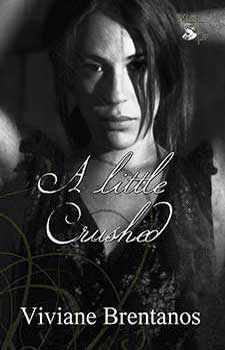 Max has a dilemma. Does he allow the caustic but fragile Rebecca, to get under his skin— and if so, how much, how far?

A Little Crushed is provocative and will linger with you long after the last page is turned. This age-old tale of student/teacher attraction is told with intelligence and depth.

The complexities of the characters is so real you’ll laugh and cry right beside them and catch yourself wondering what you would do in their place.

Ms Brentanos is a rare commodity in women’s fiction— an author whose words absolutely absorb the reader in the world of her books. Wonderful dialogue, wry wit and people you can’t help but hate and adore make every page a delight.

Get ready to feel a rainbow of emotion. Care and be moved. Five stars!
— Christine London

It all sounds very trivial on the surface, but Rebecca’s wounds run very deep and, when she finally opens up, it’s not so surprisingly that her feelings boil too high.

Meanwhile the loyal, wonderful, Australian Max is trying to do his best, breaking rules with innocent intent while backing himself into a corner. Disaster looms and the girl who’s been crushed before might be more than a little crushed when she lets her feelings show, but isn’t that just what everyone’s been telling her to do?

Using the unreliable narrator technique consistently to masterful effect, the author simultaneously makes the world on this English high school vibrantly real and just slightly off-kilter, conveying the feelings and false secrets of teenaged girls trapped in that space between adult and child. If what doesn’t kill you makes you stronger, maybe Rebecca’s fake strength really will hide a backbone of genuine steel, but it might take time to reveal it.

A nicely plotted story with pleasing characters, deep pain addressed with genuine empathy, and honest integrity, A Little Crushed grows into something surprisingly memorable by the end, leaving readers pleased and thoughtful and satisfied.
— Sheila Deeth

Rebecca seethed in silence while her mind raced, her imagination revving into top gear as she plotted the demise of Mr. Jackson. She couldn’t believe the intensity of the man. No one talked to her that way; not even her father.

“I don’t think he likes you much,” Emma whispered in her ear.
“You don’t say.” From beneath a strategically arranged curtain of hair, Rebecca studied him. He leaned against his desk, hands resting behind his head, droning on in that horrendous antipodean drawl, oblivious to the effect he seemed to be having on her female classmates. Or was he? Rebecca rubbed at her nose and snorted. She betted not. Weren’t all Aussie men male chauvinist pigs?
Julie the class philanthropist’s ‘Is he fit or what?’ roused her from her silent discourse. She was just about to lash Julie with an acid reality check when Emma’s sigh of concurrence stopped her dead.

“Yer… what a hunk!”
Emma’s disloyalty stunned her. Oh, but revenge was sweet.

“Would you like to contribute to this so far pitiful discussion on the finer points of iambic pentameter Miss…?”

Despite herself, Rebecca was impressed. This guy beamed around the room as fast as a time traveler.
“Emma, sir. Emma Brown.” Emma dissolved into a mound of half-set jelly.
“Get a grip, Em. You are so—”
“Miss Harding, either you have a death wish, or you have the mental capacity of a two-year-old.”

Beneath his freezer glare, Rebecca squirmed.
For the rest of the lesson, she remained silent, wishing the bell would ring and end the torture. Her headache pounded against the front of her skull, as subtle as a heavy metal drum beat. From behind her copy of Shakespeare’s finest, she contemplated how best to punish her new adversary. Why was he her adversary? It didn’t make sense. Mid-life crisis? No. He looked too young for that. Maybe… The shrill trill of the bell interrupted her deliberations. Thank goodness. It had been a crap beginning to the new term, and she just wanted to run home and jump into bed with half a ton of Aspirin.

“Don’t forget,” Mr. Jackson called as the class filed out. “I want that essay completed by tomorrow. Not so fast, Miss Harding. I want to speak to you.”
Rebecca sighed. Was there no end to her torment?

“Lucky bitch. You get to be by yourself with him.” Easing by, Emma pinched her arm.
Alone in the ominously quiet room, Rebecca tugged on the end of her plait. She was not a coward by a long shot, but he made her feel vulnerable. Most men did.
“Close the door.” His tone was low and clipped. Scary.

She obliged, the thought crossing her mind that maybe he was going to strike her. He seemed crazy enough. Facing him again, she braced herself for a verbal blitz, but instead, a stony wall of silence met her head-on. He sat, studying her while tapping on the edge of his desk with a pen. His piercing stare made her very uncomfortable. If this was psychological warfare, she was fast losing the battle. Oh well, time to eat humble pie. She cleared her throat. “Look if it’s about the other day, I really was in a hurry. Wally, you see…my dog…he’s a bugger, and when I said bloody colonials, I didn’t mean you. I mean, how could I? I didn’t even know you were a bloody col—Australian—but Mrs. Baird is, and that’s who—”

“Have you finished? I don’t recall asking you for a commentary.” He continued to flay her with too-clear contempt. “I know your type.”
He spoke so quietly she strained to hear him. More tactics no doubt. “Oh?” She aimed for nonchalance.

“I didn’t realize I was a type.”
“Miss Harding. You’re very much mistaken if you think I am going to be intimidated by you because I assure you I’m not.” 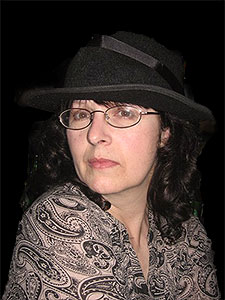 Viviane Brentanos was born in Reading UK in 1958. Her father is English and her mother French although there is a strong vein of Spanish on her maternal grandmother’s side.

Educated at various schools before completing Sixth Form College at St Peter’s Huntingdon, Viviane went to collect A levels in English, French and History, subsequently winning a place at Sheffield University where she read Classical Civilization.

Once there, however, she found she had had enough of the academic life; the student mentality, to her, seemed false and having been brought up in student circles, rather boring.

Much to her mother’s horror, She gave up her studies and went to London to begin a course as a Canine Beautician. In 1984, she parted ways with her first husband {although they remain friends to this day} and visited the Ionian island of Corfu to celebrate her new freedom.

It proved to be a life-changing decision. To quote Viviane, “I still remember to this day, sitting in a café-bar, overlooking the crystal clear azure sea and saying to my friend. I never want to leave here.

Never leave she did, remarrying and going on to be the proud mother of two children and a steady stream of rescue dogs.

In 2004, Viviane decided to finally realise a lifelong dream: writing a novel. Entertaining friends and family since her teens with her romantic tales, something told her it was time to get serious. Writing has now become her passion. As she says…   “I have always been called a “Romantic”, often accused of not living in the real world but who wants to do that?”

Viviane’s writing is inspired the Jill Cooper and, to date, she has six novels published. She says “I like to call my work Romance with a quirky, humorous Brit twist and I am always striving to make my characters real, characters we can all relate to.”

At the moment, Viviane is currently residing in Glasgow, UK, the city of her childhood. While it is so different than her beloved Corfu, she says she is equally enamoured with this fair city.  “Hopefully, I will find a way to divide my time between the two.” As the song goes….Torn between two lovers……